Cin3 treatment and recovery
How do I know what to do
Treatment and aftercare
CGIN 2 x LLETZ = clear margins
Cin 1 has anyone had treatment rather than wait and see?
END_OF_DOCUMENT_TOKEN_TO_BE_REPLACED

I was on the BBC

I was on the BBC news on Friday. As it was regional iPlayer, won't work.

Please keep the pressure up on your MP and CCG to fund Pembrolizumab for the 280 women a year who I am told by NHS England would benefit from this drug.

A nurse with terminal cervical cancer says she has been "failed" by the NHS over her treatment.

Claire Elliott, from Bearwood in Smethwick, said a clinical trial with a life-extending drug was cancelled due to the Covid-19 pandemic.

She said she was disappointed to have missed out on treatment that may have given her a "cancer-free life".

NHS England said it would not comment on individual cases and Mrs Elliot can make an individual funding request.

However, Mrs Elliott said she had made a request which had since been rejected, because she was not a special case.

"Obviously the NHS has failed me on several occasions, not just professionally in my career, but on a personal basis with missing out on not having the treatment I should have had, which would have given me a cancer-free life."

Mrs Elliott said it took 11 months for her cancer to be diagnosed and claimed her chemotherapy treatment then shrunk the tumour, but delays in having a hysterectomy meant the tumour had re-grown and the surgery was not possible. 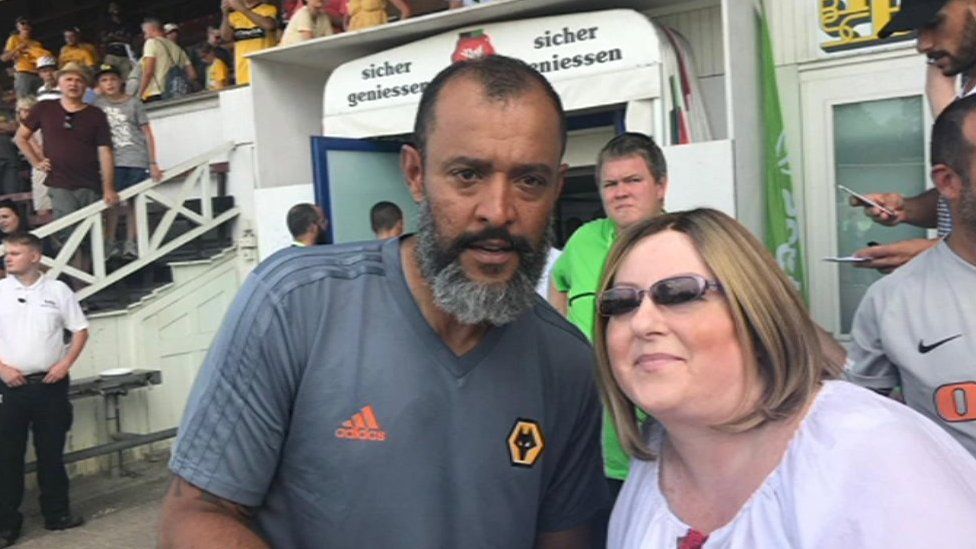 
She was then offered a drug trial at Bristol Royal Infirmary, but it was cancelled earlier this year after the pandemic started, she said.

But, although it is used to treat a variety of cancers in the UK, it is not yet cleared for use against cervical cancer .

"To me it's quite woeful that it's been used successfully in America for three years and they still haven't started any trials with NICE and the medical health regulatory authority in this country," Mrs Elliott said.

"It's only just gone for a consultation." 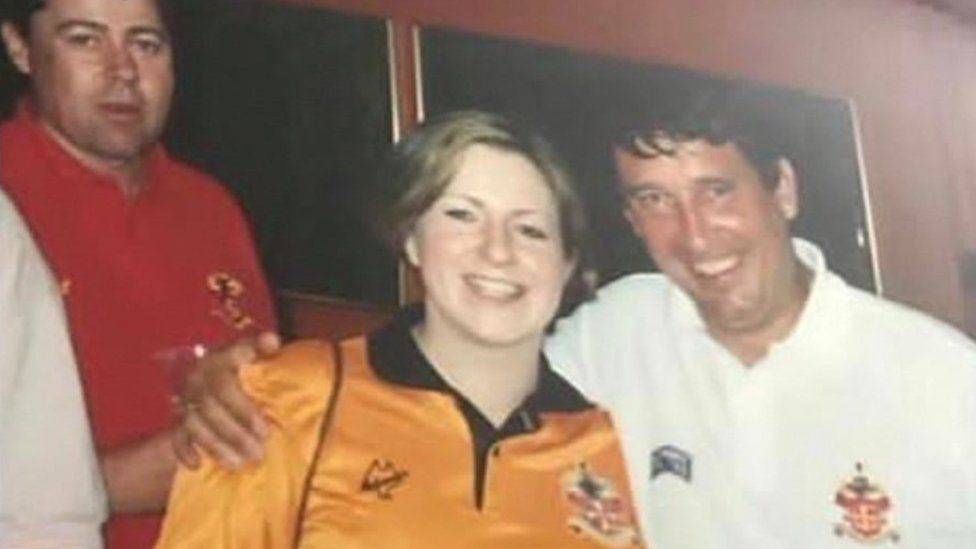 
Now, her family and friends are hoping to raise £120,000 to privately fund the potentially life-extending treatment.

Mrs Elliott, a life-long Wolverhampton Wanderers fan, has launched a Wolves-inspired memorabilia raffle after a fundraising event at Molineux, had to be cancelled because of the pandemic.

Lawyers for Mrs Elliott are also appealing the NHS' decision not to fund it.

Mary Smith from Novum Law said she had seen numerous treatments and trials stopped during the pandemic, describing it as "an awful awful time to be a cancer patient".

2/2020 started 6 cycles of Doxirubicin and carboplatin

Claire it's really upsetting to hear they are not going to fund this treatment that literally could be the difference between life and death. Covid has been a real disaster for cancer patients, trials and cancer charities. Faceless people getting to decide whether or not we get badly needed treatment. My MP came back to me with a load of drivel about all the amazing things they are doing to prevent cancer with HPV vaccines etc. This may be true but vaccines for HPV were not around when we were at school so telling me that doesn't really help. He completly ignored what I actually asked for. I can't say this surprised me too much from a man who voted against 'free school meals' during school holidays for vulnerable children. I hope your appearance on BBC will give your fundraising page a big boost. I know you haven't added the link so I'd like to add it here. If any of you ladies have a spare couple of pounds lying around this is the link to Claire's fundraising page: uk.gofundme.com/f/pnne6-cancer-treatment-for-claire Stay strong Claire, thinking of you.

Something else showed up on pet scan. Treatment delayed for surgery, done on September 9th. Found to be a simple ovarian cyst, 1 ovary and tube removed.

Cin3 treatment and recovery
How do I know what to do
Treatment and aftercare
CGIN 2 x LLETZ = clear margins
Cin 1 has anyone had treatment rather than wait and see?
END_OF_DOCUMENT_TOKEN_TO_BE_REPLACED