Joanna on having a cone biopsy

Joanna shares her experience of treatment for cervical cancer and her worries about the impact it could have on having children.

In 2015, I went for my first smear test as soon as I turned 25 years old. I knew the test was important but to be honest I wasn't aware that it had to do with cervical cancer and that there was the possibility that all this 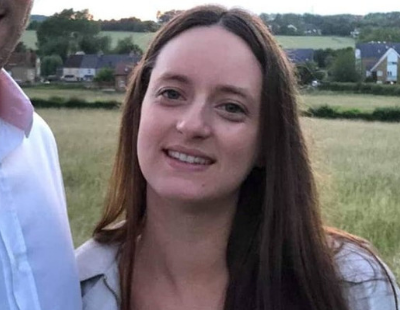 ended with me being diagnosed with cervical cancer.

I was terrified when the result of my first test came back as severe dyskaryosis and I was invited for a colposcopy. I didn't want to go because I was quite scared and didn't know what to expect. After the appointment I googled my smear test results and potential treatments and that's how I found Jo's. After looking at the website, I finally understood more about what my results actually meant.

Luckily, colposcopy and treatment weren't as bad as I imagined; the LLETZ hurt a little bit when they put the local anaesthetic in but that was about it. The nurse was fantastic too, squeezing my hand throughout and really calming me down.

I received my biopsy results in the post and they came back as CIN 2 and 3 with two tiny areas of microinvasion; stage 1a1 cervical cancer with unclear margins. I had already assumed bad news because why else would they ask me to come to hospital again. At the point of them actually saying the word 'cancer' I just didn't know how to react and just sat there. I had always been under the impression that the LLETZ treatment would get rid of the cell changes and yet I was sitting there being told I had cervical cancer. I was especially concerned that this meant I might not be able to have children in the future.

But soon after the first shock subsided, I knew I just had to get on with it and fight this. I had a cone biopsy under general anaesthetic which all went ok. The catheter I had was quite uncomfortable as I felt like I needed the toilet all the time and taking it out was quite painful as well but the treatment itself was absolutely fine.

Reading all the stories on the Jo's website of women who had a similar diagnosis and were absolutely fine really helped me at the time. I felt more confident that I could beat this. However, I felt like the waiting after the cone biopsy was the scariest part out of all of it because I felt like I didn't know what I was dealing with and if they would discover even more cancerous cells.

My consultant finally rang me to say the histology report came back clear but still needed to be discussed at the MDT meeting. After another recent check up it was confirmed that everything was clear; I broke into tears, I had beaten it.

I have always wanted to have children and, after careful consideration with my doctor, I decided to have a transabdominal cerclage (a cervical stitch) placed in September 2018. I was told that I have too little cervix left after my biopsy to have a stitch placed vaginally once I got pregnant.

in August 2019, I gave birth to a gorgeous little girl. After all the worry, I am delighted that I have been able to conceive and go on to have a healthy little girl.

"Preserving my fertility was one of my doctor's top priorities"
Read Charlotte's story
Last Updated:
17 Sep 2019