Bros for Jo's: your stories

All our fundraisers are absolutely incredible. Many of them get involved after a loved one goes through a difficult time, such as having treatment for cervical cancer or cervical cell changes. Fundraising can help to turn a stressful situation into something positive.

You might know that Jo’s was set up by someone in this exact situation – James Maxwell set the charity up in honour of his late wife, Jo. When she was diagnosed with cervical cancer they struggled to find information and support and it was Jo’s wish that no-one else would have to face this struggle – that’s why Jo’s was created. Since then we have had countless husbands, fathers, brothers, uncles and friends taking on challenges and organising events to raise funds to enable us to keep providing that support.

Today we’re shining a spotlight on some fundraisers we like to call our ‘Bros for Jo’s’ - over the past few years we have seen this community grow, with more and more men lace up their hiking boots, get out cycling, skydiving and taking on all sorts of challenges. Who’s been part of the ‘Bros for Jo’s’ this year? Take a look below... 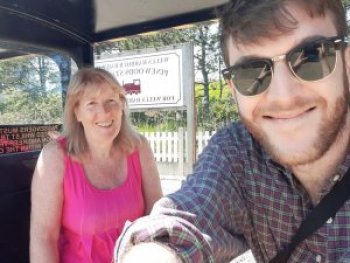 James is running the Brighton marathon in September. He took up running in February 2020 with the aim of getting fitter but has since caught the running bug, and this will be his first marathon!

James chose to run in support of Jo’s after seeing his Mum go through treatment for cervical cancer. His mum used Jo’s website a lot during her treatment, she said it was an invaluable source of information and it made her feel much less frightened about the impact the chemotherapy would have on her body. It also gave her much more confidence that she could make it through the treatment.

James said, “I never saw her bravery falter throughout her illness, the Jo’s website helped contribute to that, so makes the charity well worth supporting in my eyes.” 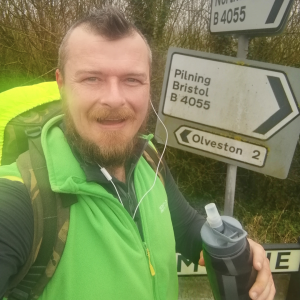 Joe set himself the challenge of running the distance from Land’s End to John O’Groats - a total distance of 1744km.To challenge himself further he’s carrying a 35lb weight on his back! Joe chose to do this epic challenge after his wife was diagnosed with cervical cancer.

He said, “After my wife recovered, I wanted to increase awareness whilst simultaneously raising money for a really worthwhile cause.”

Joe is currently at the halfway stage of his mammoth challenge and hopes to complete the challenge by next April.

Ted decided to support Jo’s after he lost his wife Angela in 2013 to cervical cancer. Ted has completed various events since to raise money and support Jo’s including taking part in the Great South Run every year since 2014.He says “It nearly kills me doing this race but at least it keeps me fit and is for such a great cause.”

In 2020 when the race was cancelled due to Covid, Ted decided to plan a route of his own and along with his sister-in-law, they ran their own half marathon. Ted didn’t want to miss a year, especially as 2020 would have marked Angela’s 50th birthday.

We are so grateful for Ted’s support and to date he has raised a phenomenal amount of over £179,000!

“Fundraising for Jo’s has helped me cope. It’s kept me busy. My hope is that by fundraising, I’m also raising awareness of this cancer, helping all those affected by it and get closer to a future where cervical cancer is no more.” 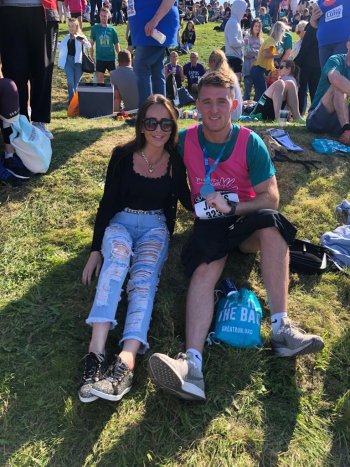 Two years ago, James ran the Great North Run in support of his friend Casey who was undergoing treatment for cervical cancer at the time. She asked James to support Jo’s after she received support when she was going through treatment. Two years on, James is running the GNR again and it will be in celebration of Casey beating cervical cancer!

He said, “Seeing what Casey went through definitely left its mark on me and I hate to think of how many more people will be going through this. So I want to raise money in support of Jo’s who were really there for her during that time.”

Become a Bro for Jo’s! We have a range of events you can get involved with or you could set yourself a personal challenge. Find out more here >