"I felt honored to be part of such a positive event"

Posted on: Wednesday, 24th May 2017 by Catherine Cooke

In the summer of 2013 I was diagnosed with stage 3b cervical cancer. I had always been vigilant about having cervical smear tests and STI screening. As a nurse working in the community I had also been part of a team delivering the HPV vaccination. On some level, it was a relief to finally know what had been causing the symptoms that I had been experiencing for several months. I’d been seen by the GP and at A&E numerous times. I had begun to think that I was overreacting to the pain and bleeding I’d been suffering with. Finally, I was provided with a route referral to the gynecology clinic. 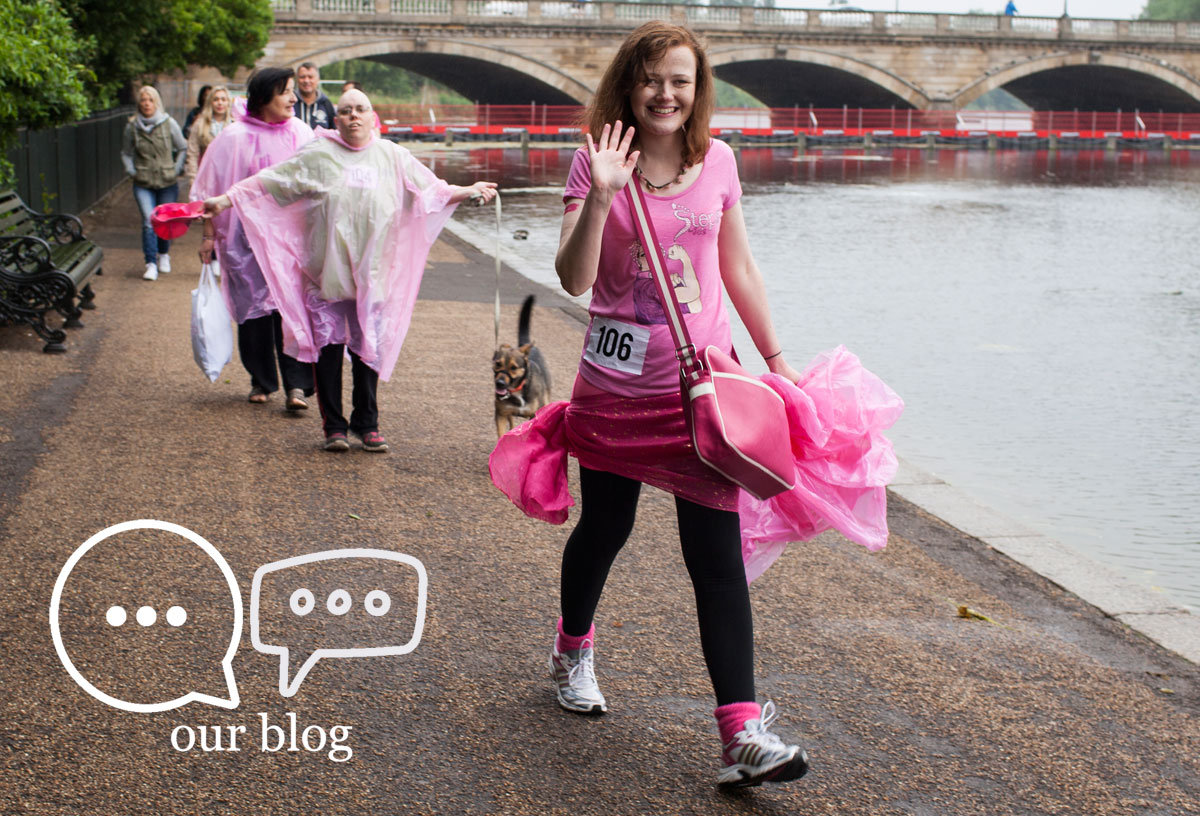 Once treatment began, I was keen to remain positive and fight on. Throughout radiotherapy, chemotherapy and brachytherapy however, this was not always the case. Despite having very supportive parents and friends, there were days when I felt my body had betrayed me and I felt very alone. Having to make tough decisions about treatment and the possible long term side effects was a struggle at times. During treatment and clinic appointments I had not met anyone else with cervical cancer or anyone of a similar age (I was 31 at the time). People often assumed I was visiting the oncology ward or accompanying my mum for treatment rather than the other way around. I hadn’t lost my hair during treatment and this was something that people appeared to expect, as an indication that I was a cancer patient.

However, at one appointment with a clinical nurse specialist I was given information about Jo’s. This was a breakthrough for me. It helped to bring light into the dark place I was starting to feel I was in. The information and support provided by Jo’s was invaluable! Not only for me, but my family and friends.

I completed my treatment in autumn 2013. It was the aftermath and the new ‘normal’ that I was trying to adapt to now. Along with the emotional there was the physical impact such as the early menopause and damage to other organs.  The following autumn I returned to work and was determined to raise awareness amount my colleagues of Jo’s. Wanting as many people as possible to be aware of how to access reliable information about cervical cancer and support. 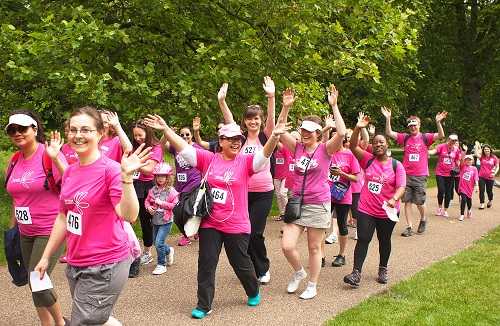 In June 2015 during cervical cancer awareness week, I was delighted to be well enough to take part in Steps for Jo’s for the first time with my mum.

Along with raising awareness of Jo’s, this was a positive step forward in every sense. Mum and I thoroughly enjoyed taking part and we returned in 2016. The atmosphere was exciting whatever the weather. Pink was the colour of the day for all- men, women, children and even dogs. Jo’s t-shirts being wore by many.

At the beginning of the morning it was lovely to meet everyone taking part and fundraising. Having our Team Jo’s temporary tattoos and face paint was fun. Along with photo opportunities. Before we set off, there was a poignant moment of reflection to remember those who were no longer with us. I felt very grateful that I was in the position to be able to support Jo’s Trust on the day.

Mum and I walked our 5k and we admired those running the 10k! We were encouraged along the route by brilliant stewards and supporters. On completion we were given our gleaming medals and bag full of goodies. My mum even won a treat in the raffle. There was impressive singing and dancing for entertainment.

I felt honored to be part of such a positive event and being able to meet great people along the way and even new friends. Finding Jo’s Trust has helped me immensely on my journey with cancer. Every step taken counts to raise awareness. I look forward to being at this year’s event in London on 10th June. Taking steps to have a future without cervical cancer.

Join Katherine at Steps for Jo's

This June, take part in our annual event at Queen Elizabeth Olympic Park in London, or Dunham Massey in Manchester.

Find out more and register here.