London to Paris cycle: It went from “I can’t do this” to “I can’t believe WE did this”

Last month, our Fundraising Officer Sophie took on the epic challenge of cycling from London to Paris over three days with 150 other amazing women, all who were taking to their bikes in the name of fundraising.

Here, Sophie shares her experiences of the trip, the friendships that she built along the way, and why she thinks you should take on the challenge too!

Cycling from London to Paris quickly became about more than just my bike. Those 240 miles originally seemed incredibly daunting. However, being surrounded by women from all walks of life, including those overcoming treatment or going through treatment and those cycling in memory or support of loved ones, was truly inspiring.

Every single cyclist was enthusiastic and determined. 240 miles in comparison to what they had been through was suddenly put into perspective. 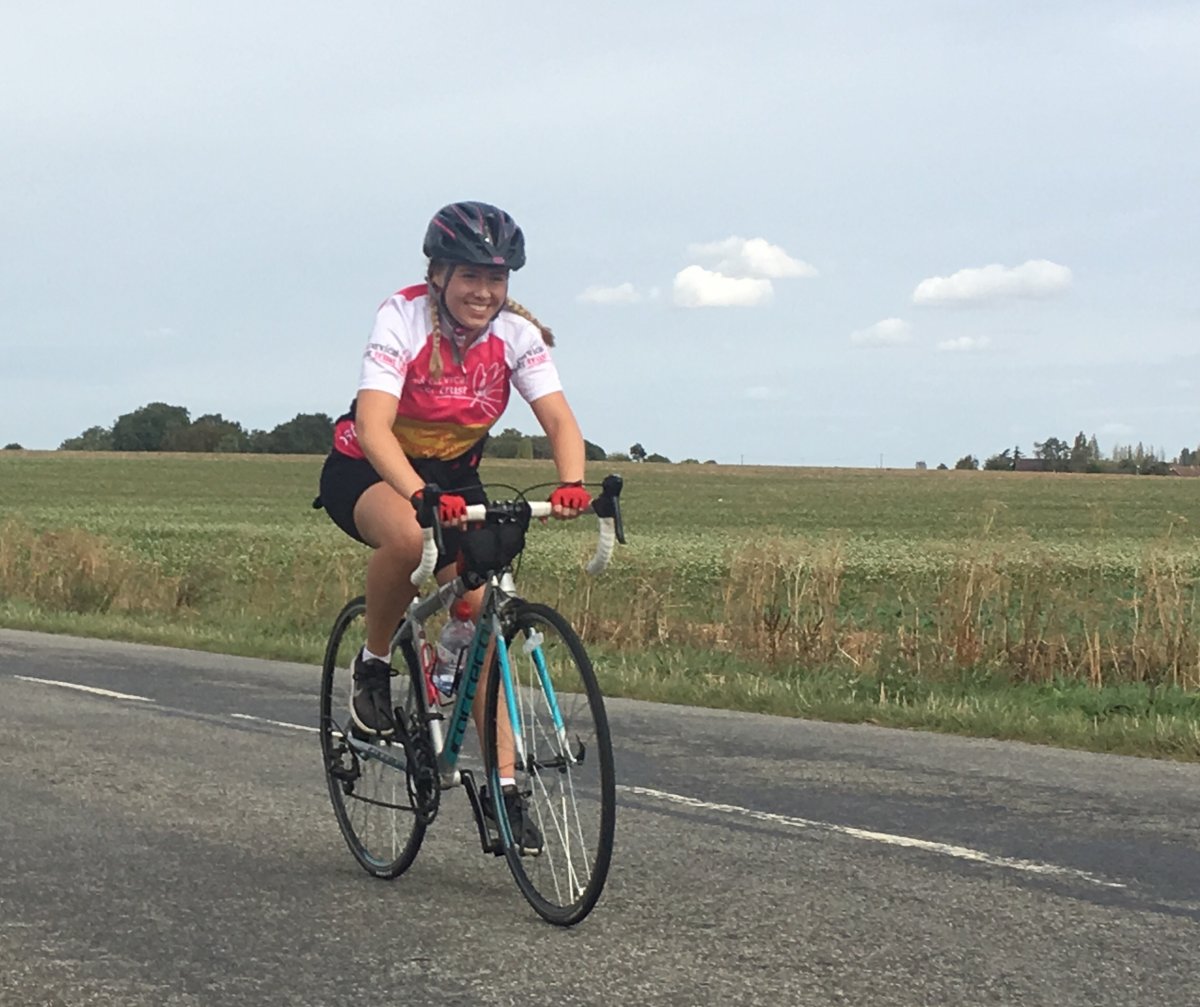 On our first day we set out with a hilly ride to Portsmouth and a well-deserved lunch in a beautiful countryside pub. Dream challenges were literally the ‘Dream Team’, they organised everything so smoothly and planned stops at points when you really thought you could not go on any further. Morale was kept high through cups of tea and refuelling at pit stops, so even though we were exhausted at points, there were always plenty of laughs. Cycling along in a group of 150 women was an experience! Everyone had their own story and the mix of people was incredible. We became a team very quickly, able to pick up and support those who were feeling low, even if you had never spoken to them before. The evening was a short one, re-fuelling with dinner at our hotel then onto the sleeper ferry to get some much needed rest.

Doing it together truly gave the meaning of strength in numbers as everyone had their own motivation or challenges to overcome. Some women came by themselves, others in groups or in pairs, however I think I can safely say everyone left with more friends than they started with. Once we reached the French countryside, the beautiful green scenery took my mind off the long distance ahead and Paris switched from being a distant thought to a possible reality. I initially thought I would struggle with just cycling for days, yet in reality we didn’t stop talking while going along the open French roads. It really became a team effort, sometimes dropping back to support those who were struggling and other times going forward to motivate and set the pace. I know I couldn’t have completed the challenge without the support I was given.

Cycling the final leg to Paris from Évreux is something I will never forget. We were supposed to have been at the Eiffel Tower an hour ago but were still 20km away. We were tired, but running on the adrenaline of completing this mammoth challenge. Passing the Palace of Versailles has to be one of my highlights: it literally made us stop in awe. We pushed through the heavy traffic to finally make it to the Eiffel Tower. The first glimpse of the tower gave way to a loud triumphant cheer from all the women I cycled to the end with. It was truly incredible to make it to the end; not to only have accomplished such a long distance, but also overcoming my own personal challenges of doubts and fears. Our last night in Paris was filled with high spirits. We celebrated together with wine and great food laughing over the highs and lows and feeling proud of what we had achieved. A bitter sweet ending knowing it was our last night as a group together.

If you are even slightly considering joining up to the London to Paris cycle ride, then I cannot encourage you enough to do so. I signed up three months before the date when I didn’t even own a bike – this shows anything is possible! It is truly an experience I am so thankful for and will never forget.

If you’re feeling inspired to take part in this challenge like Sophie, you’ll be pleased to know the popular event is back in 2019 from Wednesday 5th September to Saturday 8th September 2019! Sign up here: https://bit.ly/2xbAznG and email [email protected] if you have any questions. 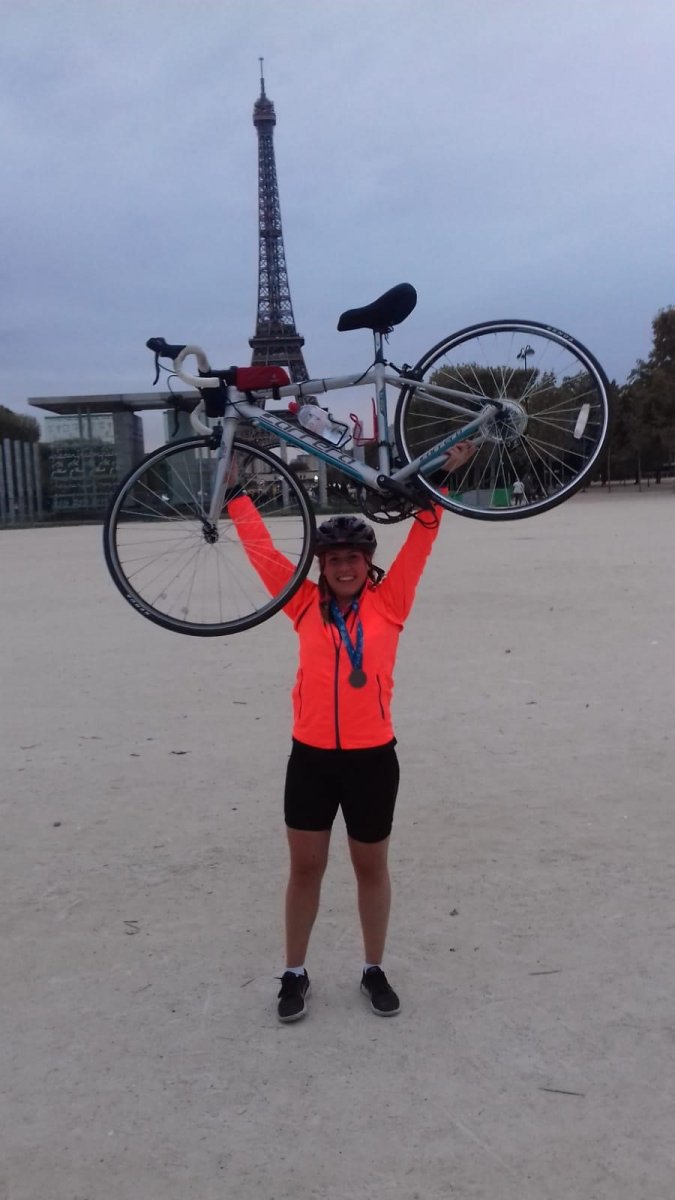