Our smear test stories: the Jo's team share their experiences

Everyone's experience of cervical screening (smear tests) is different and the Jo's team are no exception! We spend our working days talking about smear tests, creating information, sharing the facts and supporting people with concerns. However, this doesn't mean we all find the test easy. Some of our team have shared our stories to show no matter how you feel, you are not alone. 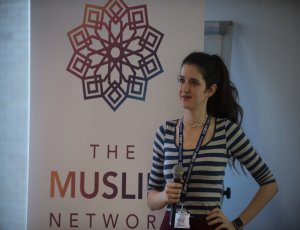 Before I was invited for my first smear test, I had heard about someone who had had a bad smear test experience. It sounded awful and she took a few days off work to recover from the experience. I instantly thought that a smear test was a big procedure, like having surgery. It terrified me, but I booked my appointment. On the day my sister asked me if I wanted to go to a Zumba class in the evening, and I said I wasn’t sure I’d be able to walk after my smear test. My sister reassured me I would be ok, but I was still so nervous.

After 30 seconds into the procedure, my nurse said “all done!” and I stared at her. “Is that it?!” It was over so quickly I barely had time to blink and it was only mildly uncomfortable, like a dentist trying to get a swab from the back of my throat. I spent weeks worrying and scared… unnecessarily. I know smear tests aren’t always easy, and some people find it more difficult than others. Just remember to take everything you hear with a pinch of salt and talk through any concerns you have with your nurse. 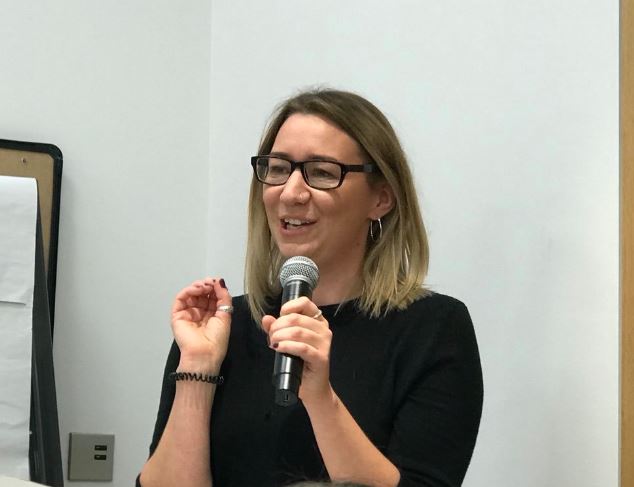 I started having smear tests at 20 as I lived in Wales – it was earlier than lots of my friends in England so I don’t remember ever talking to them about it. Sometimes they were pretty uncomfortable, other times they were totally easy, one thing I didn’t ever consider was the fact I might get a result that wasn’t clear.

When I received the letter saying I had dyskariosis I literally had no idea what it meant. I had just started working at Jo’s so obviously cancer was in my head, even when I found out it wasn’t cancer, it’s still hard to convince yourself of that. It was a bit of an anxious time, the waiting between appointments especially. I had a biopsy at colposcopy which removed the cells, it took a while for the HPV to clear though. Lots of my friends have had treatment for cell changes now and we always talk about our experiences and try to support each other because it can be really tough.  Knowing you aren’t the only one going through something can really help. 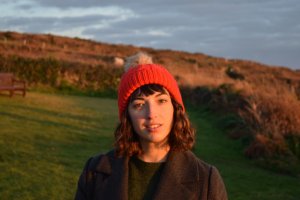 I’ve had a few gynae issues over the years, so I’m used to being prodded and I’m lucky that the test itself doesn’t faze me. But booking it and actually getting my bum out of the door is an entirely different issue. I have an anxiety disorder, which for me manifests in difficulty leaving my house and interacting with people. This means tasks that feel like they should be simple – a phone call and walking to the GP – take a lot of mental effort that can cause physical symptoms too. I book appointments online when I can, but if not I find research and planning a huge comfort – I go into the call knowing what I’m going to say, the possible responses I could get, and so on, a bit like a ‘map’ of the conversation.

Before I leave for the appointment, I usually give myself 10 minutes to practice mindfulness and ask a trusted person to call me, so I have someone to ‘walk’ with. It helps keep me mentally distracted and I can get support if I need it. If no one is available, listening to music or a podcast can help. The biggest lesson I’ve learnt is that it’s okay to have a bad day. Sometimes I can’t get out of the door, and I do feel guilty especially if it means cancelling an appointment, but it doesn’t mean I’ve failed – I know I’ll feel better and be able to try again. 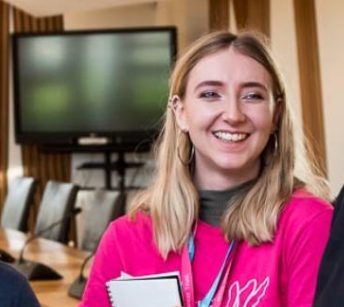 To be honest, I knew very little about smear tests before I started working at Jo’s - I didn’t really know what they were for. I’d had the HPV vaccine when I was at school and all I remember being told about that was that it was the ‘cervical cancer jab’. So, until my early twenties, I thought I was immune to cervical cancer! It was only after speaking to my mum a few years ago that I realised that the vaccine doesn’t protect you from every strain of HPV and that I still should go for smear tests.

After working for Jo’s for about eighteen months and knowing so much information and hearing lots of stories from media volunteers about cell changes, HPV and cervical cancer, it’s safe to say I was itching for my invitation to arrive. I was finally invited for my first smear in July 2020 and I rang up my GP instantly to get myself booked in, only to be told they aren’t doing tests yet because of the coronavirus pandemic. I’ve rung up every week since with little success or indication of when I’ll be able to have my test. Even though I know there are lots of reasons for this, I can’t pretend I’m not absolutely gutted after so many months of anxious anticipation and hopefully, with a bit more persistence, I can get my test very soon. 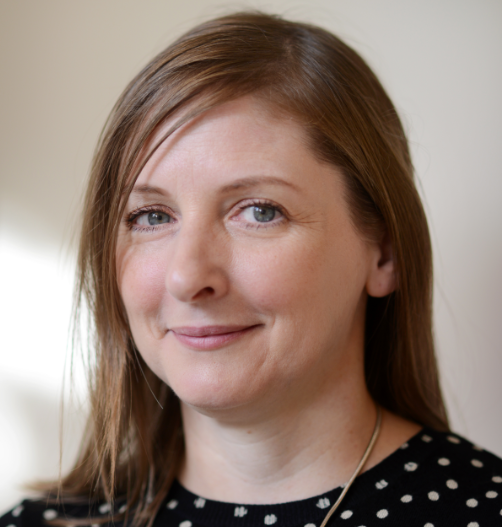 I had always placed a great deal of importance on attending cervical screening but despite being quite a confident person, I actually found it quite difficult. I can’t tell you exactly what made it so -  whether it was having to get undressed in front of someone I didn’t know, the instruments being used (the speculums were cold, hard metal when I first used to go for screening), or the authority another person appeared to have over my body. I just felt vulnerable. And triggered.

I felt compelled to go on account of my much loved grandmother having died of cervical cancer but once there I would freeze, which was so out of character for me. It was only my personal connection to cervical cancer that kept me going back.

I do know that the attitude of the nurse or doctor could make or break the experience – I remember a wonderful practice nurse who got me as close to ‘at ease’ as was humanly possible by making a bit of a joke about things and just not rushing. It took my mind off things and made me feel like I could go at my own pace. She also made sure I felt covered up and even warmed the metal speculum up under the hot tap beforehand!

"The test quite literally saved my life"

At that time, patients often felt like they did not have control over their bodies in medical environments and I’m pleased that this has changed. It is now possible to have a disposable speculum that is already room temperature, ask for a smaller speculum (which you can even insert yourself), feel able to ask questions or, most importantly, say stop if you need to.

Some years after my first cervical screening, this seemingly simple test was to take on even greater significance when it found my cervical cancer. The test quite literally saved my life. 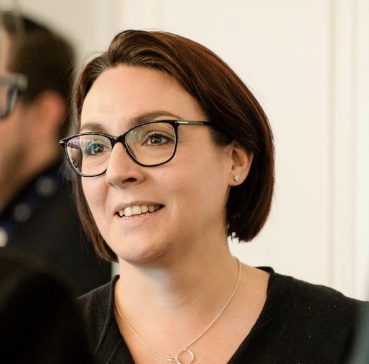 I was one of the millions of women whose screening was delayed due to coronavirus, and during lockdown I was invited to have my test. I called my GP, fully expecting an appointment in the next the month or so, but was offered one for the very next day!

"Me and the nurse wearing face masks made conversation difficult"

I was told I would have to wear a face mask in the surgery and when I arrived had to wait outside to be let in. I know no one expects their smear test to be a party, but this was an oddly quiet experience; no one else in the waiting room and both me and the nurse wearing face masks (and the nurse also wearing PPE), made conversation difficult, when I would normally natter away to distract myself!

It seems that, in my area at least, GPs are trying to carry out as many smears as they can, so I was told there may be a slightly longer wait for my results and was given a very clear (despite the face mask!) outline of what those results could be and what that meant. 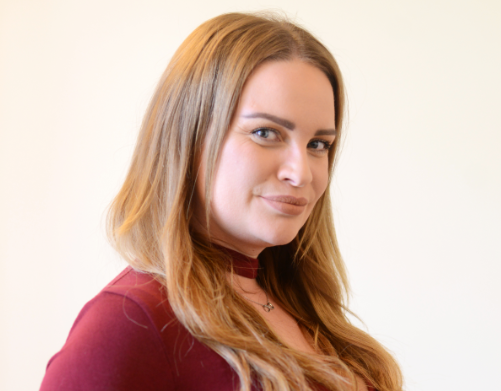 A few years ago, a relative had severe cell changes, and a LLETZ treatment which didn’t go very well. I came with her to her appointment, and we both found it all really scary and confusing. This is how I came across Jo’s – I called the Helpline because I didn’t know what to do.

In my role, I’ve learnt so much about HPV and all things cervical. But when the time for my next smear test came around, I started to feel panicky. I felt that I knew too much, having heard so many stories, on top of remembering seeing my relative go through it all! I was already worried, but then coronavirus arrived and my appointment was cancelled. I was absolutely beside myself. I phoned every single week to try and get booked in.

I finally got an appointment at the end of July. The test itself went well, but when I was told that there would be a 4-week wait for my results, my heart sank. I continued to take calls on the Helpline, but it was much harder, being in exactly the same position as some callers. I didn’t realise how much it had affected me until I got my results 2 weeks later, and I could feel the weight lifting. I smiled all day, and felt an unbelievable sense of relief.

Working at Jo’s is amazing, and such a supportive environment. Working on the Helpline means that I am giving out information and support to women every single day, and I know how rare cervical cancer is. But even so, I felt just as anxious as some of the people who call me for help. When it’s your own health, your rationality can go out of the window and I could not take my own advice!

My lovely callers would never have known how much they were helping me through what was a really difficult time for me, but hearing someone else going through the same thing was so valuable.

It gave a new level of empathy to my work on the Helpline. There are many women who call me and apologise, who say ‘this is so silly’, or ‘but you have people with cancer phoning you and my problem doesn’t matter’. I felt the same, and I really want callers to know that their health is not more or less important than someone else’s. No matter what’s on your mind, you deserve support if you want it. It’s OK to reach out for help.

If you're feeling worried about having a smear test or have any questions, you can call our free helpline on 0808 802 8000 for support.