“Would I ever have an orgasm again?” Sex after cervical cancer treatment 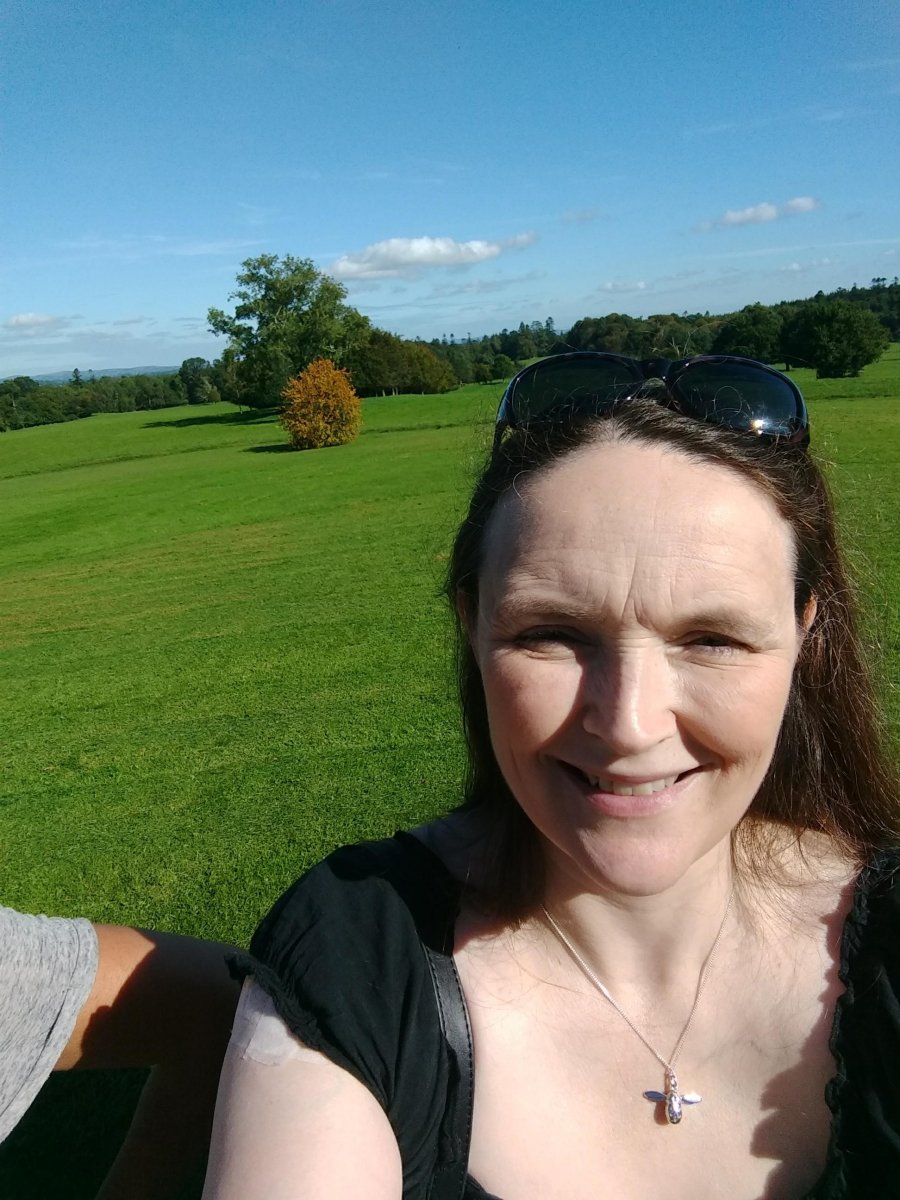 After a radical hysterectomy, the last thing on your mind would be sex, right? Looking back, it was probably on my mind a lot more than I realised.

I was 36 and my husband was 32 when my routine smear found that I had cervical cancer. It was 27 October 2009 and we had been married for just over two years after 16 years as a couple. We had a 15-year-old son and the diagnosis meant we would have no more children. We had been through many miscarriages so having more children wasn't meant to be. However, when you're told you can't have something, you suddenly start thinking that you want it. It took maybe a 10-minute discussion to decide that we needed me healthy and thinking about having eggs frozen wasn't important.

"Sex was an important part of our relationship"

We were still relatively young though, and sex was an important part of our relationship. Amid all the thoughts that raced through my head, one was 'will I be able to have sex normally again?'

My fantastic surgeon and gynaecological oncology nurses were fairly certain I would be able to and told me that counselling and other options would be open to me.

I had my operation on the 18 November 2009 and, despite it being a huge operation, it was all done by keyhole. I had a radical hysterectomy which meant my cervix, uterus, ovaries, pelvic tissue (to ensure there was no further spread) and the top of my vagina were removed. I also had lymph nodes removed in my thighs.

After surgery, I learned the cancer had spread, but luckily the lymph nodes it had spread to were the ones that had been removed. They told me I would still need chemotherapy and radiotherapy. The radiotherapy gave rise to more potential problems, including scarring in the vagina, which in turn could mean my vagina could 'close up'.

Obviously this made me worry more, especially when I was also told that pelvic radiotherapy could cause long term effects, which could take up to 10 years to show themselves.

"How on earth would my husband ever fancy me again?"

Chatting with friends and my husband comes pretty natural to me, but there are certain things I don’t talk about. I had some counselling after my treatment, but to be honest it wasn’t great and didn’t help me at all. My counsellor was very fixed in her opinion of how I should be feeling and she didn’t really listen to me.

How I felt was that I had been left with a vagina like a tube. In my mind it looked like a tube with an end, not something to use to have fun anymore. My surgery had been keyhole and my uterus used as a ‘bag’ to pull everything out through my vagina. I imagined the radiotherapy scarring me as I lay there. I couldn’t watch the slide show of pretty pictures that flashed by on the screens above my head. I felt sick, like a piece of meat, and damaged meat at that. How on earth would my husband ever fancy me again, would I ever feel sexy again? Would I ever have an orgasm again?

"Each dilator was hard, plastic and smooth all the way down"

To prevent scarring in the vagina becoming an issue I was given a prescription for dilators. I took it to the pharmacy and remember the two women behind the counter discussing it and laughing. That was embarrassing and made me feel terrible. I collected the dilators and took them home. They reminded me of Russian dolls as they all fitted inside each other. The large container looked like an elongated kinder egg! Each dilator was hard, plastic and smooth all the way down. They were cold and didn't feel that nice.

The idea was to insert the smallest and work up to the largest as the scarring improved.

I found the dilators to be impersonal and cold and found I needed to use large amounts of lubrication to use them. When I used them it felt like a chore and I didn’t feel like using them with my husband.

10 years on, I wouldn’t say I feel incredibly sexy now. I have more radiotherapy injuries to my bowel and bladder which meant I had to have a colostomy bag for a while. I had a resection and no longer have any bag, but I have scars. Scars that I have that prove I’m a fighter, scars that I am quite proud of as they are my proof that I beat everything cancer threw at me.

I also wouldn’t say sex is always easy. I still need to use lubrication - a water-based one is best - and sometimes sex is still painful and we have to stop. Different positions can help, usually I go on top so I can control the insertion, but sometimes it is helpful if hubby goes on top and goes slowly as that seems a more comfy position for my body. Orgasms can be a little harder to achieve nowadays, but they are not the be all and end all. Sometimes we have sex and I don't have a full on orgasm, more of a lovely sensation. Clitoral orgasms are easier to achieve as that isn't affected by the scarring so much.

I am sure though that using my little purple friend aided me in being able to recover.

My husband has been very supportive. He has encouraged me to discuss what I like and dislike. He has been patient throughout and has never put pressure on me. He understands how hard it is for me and how much pain I am in on a daily basis. He actively encourages me to use toys alone if I want to. We take it slow and if I'm uncomfortable I just have to say and we'll stop and try again! He has been a fantastic source of comfort for me and I can discuss everything with him.

If you've experienced changes to sex and intimacy after cervical cancer treatment, we're here for you. Join our online Forum to talk to others who have had similar experiences and get support.