Make your Steps matter and raise vital funds to support Jo’s and help us be there for more women and their families affected by cell changes and cervical cancer. 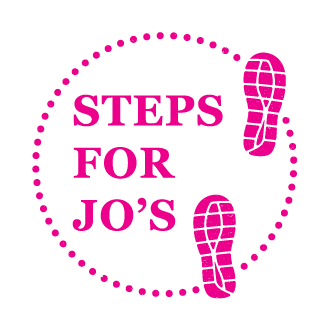 Why 220,000? Because 220,000 women and people with a cervix will be told every year that they have cervical cell changes. You can walk, jog, run, skip or dance to achieve your steps – anything! However you reach them, you will be helping Jo’s to support everyone affected by cervical cancer and cell changes.

“If I hadn’t gone for that test it could have been so different.”

Dinah attended cervical screening and after her appointment, like many other women and people with a cervix, was told that she had cell changes. She had a procedure called colposcopy, to take a closer look at her cervix. A few days later Dinah received a letter saying she needed to come back into hospital. She was told that she had cervical cancer.

Dinah went on to have 3 invasive treatments to remove the cancer. It hadn’t spread further than the cervix and thankfully Dinah has been in remission for a few years. Despite this, Dinah said “I feel like an imposter sometimes as I didn’t have treatments such as chemo or radiotherapy.”

For Dinah, receiving those results – from HPV to cell changes to cancer – was scary.  She knew little about it. Her GP, unhelpfully, described HPV as an STI which made her feel dirty and worry that she had passed it on. She finally found a nurse who was able to help her understand and pointed her in the direction of the Jo’s website.

Dinah said, “I’m now so passionate about raising awareness of the importance of screening. Taking part in the Steps challenge in 2021 was so important to me as it was a way of giving back. If I could help in a small way, even just one person, then it was worthwhile.”

What is Steps for Jo’s?

Steps for Jo’s is our annual sponsored walk, jog or run. It’s a virtual event which means you choose the time and a place that suits you to complete the challenge.

How to get involved?

I’ve completed my 220,000 #StepsForJos, in support of the 220,000 women a year who are diagnosed with cell changes. Help @JoTrust support more people by donating, or take part and make your Steps count: jostrust.org.uk/steps 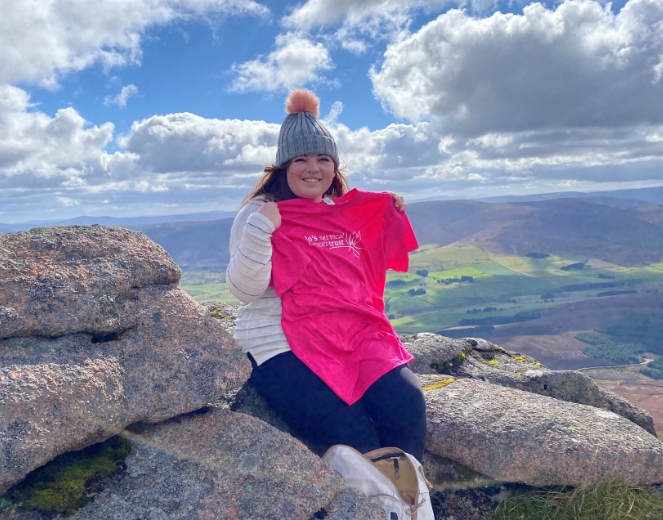 How your Steps will support Jo’s

Over the past two years, demand for our services has grown and our financial situation was very difficult. We’ve only been able to be here because of people like you.

Our incredible Steps for Jo’s fundraisers raised the amount needed so that we could answer 817 calls to our Helpline. It’s also enabled us to support a 17% increase in the number of new users posting on our Forum. Your help in 2022 will enable us to continue supporting people through a cervical cancer or cervical cell changes diagnosis.

“If I hadn’t gone for that test it could have been so different.”
Read Dinah's story