Gerry on mental health during a cervical cancer diagnosis

I never went for cervical screening. I just thought it wasn’t that important. I didn’t know anyone with cervical cancer and just thought it would never happen to me. I started experiencing some symptoms when I was in my early 30s, such as pain and bleeding during and after sex, but chalked it down to ‘female issues’. It got progressively worse until I had a really bad bleed and thought maybe I should go for screening. I’d decided it must be polyps so was waiting to be told that was what it was.

My results letter said I had dyskaryosis and was booked in for colposcopy. It was quite straightforward but it was painful, which isn’t surprising given the results. I had LLETZ at the same appointment and though it was on the day of my work Christmas party I still went, with a massive sanitary pad in! However, I still had an inkling things weren’t good after seeing the reaction of the colposcopy nurse at what was showing on the screen.

"I got engaged at the start of January as my fiancé said he wanted to kick start the year with something positive."

I’m so glad he did, as I was diagnosed with cervical cancer two days later with my then fiancé there. I knew it was cancer before anyone said anything as there were two Macmillan nurses in the room. It all moved very quickly after that. 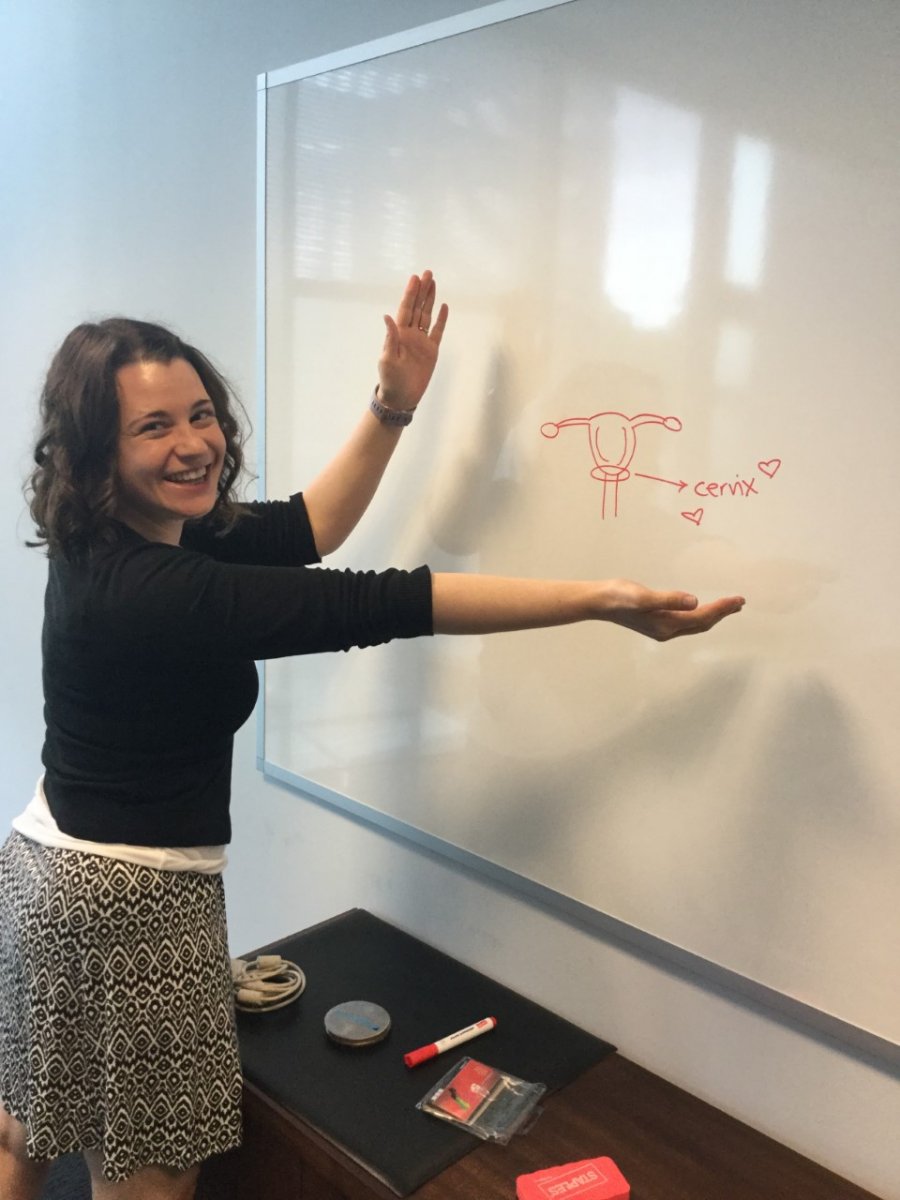 Thankfully it was early stage – 1b1 – so I could have  surgery. I had two, one to remove pelvic lymph nodes and then a trachelectomy. I recovered fairly quickly, I even went to look at wedding venues between the two operations, which probably wasn’t my best idea as I was shuffling around like an old lady.

One side effect I do have is lymphoedema in one leg. It flared up for the first time on a flight and now I have it permanently though it is low grade . I’ve found health professionals can be quite dismissive and not always understanding about the condition. I had to get my consultant to write to my doctor confirming I really do have it. I’m managing it ok though, I’ve done my research and if I keep moving and rest my leg up, it’s ok.

We got married in 2018 once everything was done and had an amazing honeymoon. Then the dust settled and in 2019 I had a bit of a breakdown. The emotional fall back took me by surprise. During treatment you have the momentum pushing you forward, and everyone is running round after you. Then normality resumes for everyone else but I had flashbacks, worries about niggles, and more doctor appointments. The NHS are amazing at treating you medically, but I had to look elsewhere for emotional support.

"Guilt that I feel happy and positive, guilt that others haven’t survived."

Guilt has been a thing for me. Guilt that I feel happy and positive, guilt that others haven’t survived. In January this year I reached my 5 year milestone and initially wanted to celebrate but the guilt stopped me doing it. I think it’s a normal emotion when you’ve been through something like this.

I had been discussing having a hysterectomy with my consultant but after looking at the risks and benefits I decided not to. My risk was low and the idea of more surgery was triggering, also early menopause is something I can’t deal with right now, especially while all my friends are having babies! Instead I’m going to continue with annual check-ups.

It’s still a journey and some things trigger me, I’ll always turn over if there’s a programme about Jade Goody for example or if any realistic medical procedures are being shown on tv.

It’s not all doom and gloom though. Even though it can be tough, I’m trying to live by the mind set that everything happens for a reason and I’ve decided to retrain as a massage therapist specialising in lymphatic drainage as I know how valuable those skills are.

"I benefitted so much from hearing other people’s stories

I found Jo’s when I was searching for symptoms right at the start and used the Forums. It helped me realise I wasn’t alone which was what I needed. I benefitted so much from hearing other people’s stories – from their symptoms to their treatment and different experiences – that it’s made me want to share mine. I hope it encourages someone else not to ignore their symptoms, or to go for their screening or even just to know there are lots of us out here.

Have you had a cervical cancer diagnosis? We are here for you. Here's how we can help >