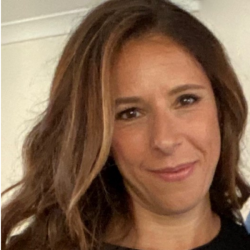 Candy shares her experience of having two treatments for cell changes, how this affected her and her relationship.

When I was 33 and living in France, I had a smear test came back which showed that I had cervical cell changes. I had a biopsy and the results showed I had CIN3. I needed surgery to remove the abnormal cells.

It was very frightening to have another surgery, but thankfully this surgeon was much better. The process was really quick and easy. After 2 days, I left the clinic and I was fine.

The two surgeries took away a lot of my cervix, so I did not know whether I could be a mother (there was a higher risk of miscarriage and the pregnancy would have been higher risk). I had never wanted to have children, but I was only in my 30’s – what if I changed my mind? I did not know if I would ever be able to, or if I would have been able to cope with the heartbreak of a miscarriage.

The 2 consecutive surgeries impacted my partner too. He didn’t know how to deal with my pain and was very overwhelmed. Our sex life was non-existent for a time too which was difficult.

As a man, despite all his love, he couldn’t really empathise with what I had to go through (mind and body) and he was just able to deal more with the logistics side of things - he would cook for me, go to the pharmacy for me … but what I really wanted and needed was support and to talk. I had so many questions – what if I changed my mind and wanted children? What if I had to go through this horrible process for a third time?

I think it’s important to look for alternative sources of support especially from other women and charities that can provide great help. I’m now living in London and I have begun supporting Jo’s through the small business that I run. I am a nutritionist, and to celebrate International Women's Day, throughout March I am donating 20% of my fees to Jo's.

I share my story today because I really want to make sure women are going to tests as what happened to me can often be avoided – it could even save your life or give you the chance to have a child without too many complications.

By raising money for Jo’s and sharing my story, I’m raising awareness and at the same time making sure that there is support there for others who go through something similar, so that you always have somewhere to turn.

To speak to other people who have had cervical cell changes, join our online Forum >

"Although the procedures can be daunting and scary I would go through it all again to make sure I’m clear and healthy"
Read Antonia's story
Last Updated:
04 Mar 2021