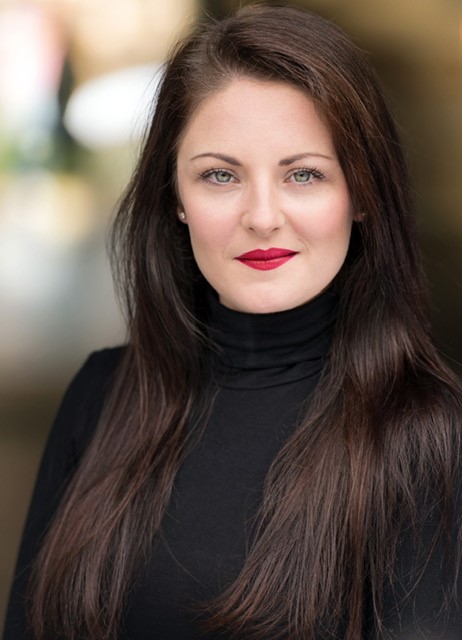 It’s hard to recall all the details of what happened, it all happened so fast and I think part of my coping mechanism was just to get through it without thinking about it too much. There’s so much jargon too, all the different treatments had different names, I still can’t remember it all now.

I had put off smear tests for a while, not for any big reason, I just didn’t go. When I went the test was so straightforward, the idea is probably worse than the actual thing. It wasn’t painful and you’re with an expert. I knew friends went for smear tests but never really about anyone who had abnormal cells definitely not cervical cancer.

I received a letter around 2 weeks later saying they weren’t able to get a clear reading and so I went again and afterwards was told I needed to go for a colposcopy as they had found abnormal cells.

"my coping mechanism was that everything would be ok, and if anyone looked like they were upset I didn’t want to see"

Colposcopy was fine and they said I’d hear within 6 weeks about my results, however just four days later I had a letter saying I needed to go back. I immediately knew what the prognosis was going to be.

My mum accompanied me to the hospital but I knew I needed to hear the news by myself so I asked her to wait outside. I was told they had found abnormal cells as well as cancer. The specialist was brilliant in giving me time needed to digest the information and ask any questions. My main concern was whether it would affect my chances of having children and it was one of my first questions. The consultant said I could start straight away with laser surgery if I wanted, otherwise I could go home and book an appointment. I opted for there and then, I just wanted it gone. I asked the doctor if she could tell my mum as I couldn’t bring myself to say the word. The whole way through I don’t think I allowed other people to properly respond, my coping mechanism was that everything would be ok, and if anyone looked like they were upset I didn’t want to see. When I told my sister, she broke down when I said it and I had to hang up.

I had 3 treatments on separate occasions. They were invasive, but ok. I had local anaesthetic which meant I could be in and out quickly. It was a bit irritating when the anaesthetic wore off and it’s strange to say but it almost felt like something wasn’t there and my insides were different.

I was fortunate that the cancer hadn’t spread any further than the cervix. I feel like an imposter sometimes as I didn’t have treatments such as chemo or radiotherapy. I think the real moment of realisation was my visit to the oncology department where they confirmed it hadn’t spread to any other organs. It was here when I realised, being among all the other patients in varying stages of cancer that I was now in that group. However having had a really straightforward experience of it makes me feel like I don’t really belong.

My dad still finds it hard to imagine as it all happened so fast, the idea of his little girl having cancer too. I didn’t like being treated like I was ill, I didn’t want people running around after me so would have to stop my partner from wanting to do everything. It’s not always the cancer that makes you ill, it can be the side effects and luckily I didn’t get many.

I work as a performer and had to stop dancing for a bit. I could teach but I couldn’t perform so had to miss touring for about five months. Looking back I don’t know how I did it but at the time it was just straightforward. The first performance I did was a bit tough, I was very aware of my body and what it had gone through.

"I feel the experience actually had a positive effect on my outlook on life. I feel stronger"

It’s a scary process, and the word cancer itself brings so many feelings for everyone involved (be it the patient or family/friends) but as a survivor I feel the experience actually had a positive effect on my outlook on life. I feel stronger. Seeing HPV on a letter was also scary, it was something I knew a little about. My GP made it sound like an STD which made me feel dirty and almost worse than the cancer, I was worried I had given it to someone.

My team were and continue to be amazing and supportive. I had a really good nurse who said any questions to just go to her which was great, she also mentioned Jo’s Cervical Cancer Trust although it took me a while to visit the site. I just wanted to keep it all to myself and get through it instead of talking about it and thinking about it.

I go for regular check ups every year and get anxious about 2 weeks before the appointment even though I have been clear for several years. Even though I’m sure nothing is wrong, I didn’t expect anything last time so I have a bit of paranoia. My fertility still niggles me, even though they’ve really reassured me it should be ok, there’s still that what if.

For support or more information about any aspect of cervical cancer, get in touch with us >