Hayley on the impact of cervical cancer treatment

Hayley found out she had CIN3 and CGIN when she was 13 weeks pregnant with her fourth baby. While she was monitored closely throughout her pregnancy, after giving birth she was diagnosed with stage 1a2 cervical cancer just as the UK was going into lockdown. 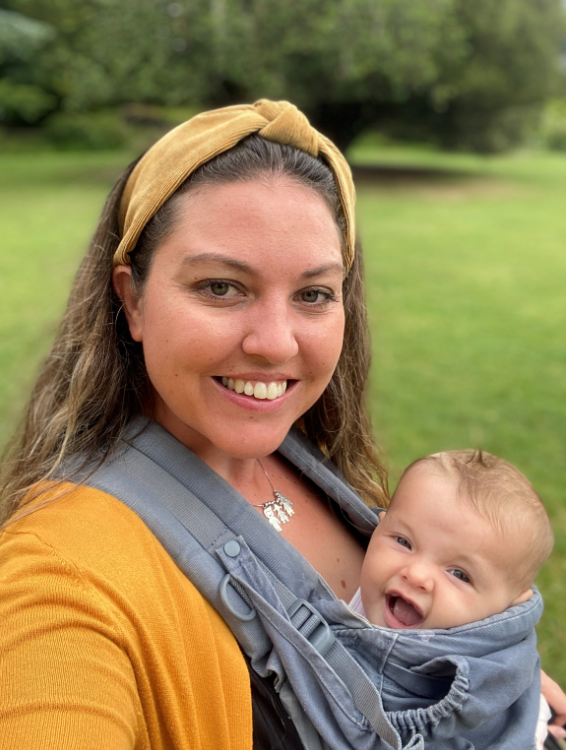 I’ve always been really on it when it comes to booking my smear test and I’ve never delayed. So when I was invited for a routine smear in February 2019 I rang up straight away to get myself booked in. However, they were really busy and after phoning many times I managed to get myself an appointment for April. I am so thankful I persevered, as I then found out I was pregnant on the 1st May and given the recent impact the coronavirus has had, I would have faced further delay in being tested and the story could have been very different.

When my appointment arrived I felt really calm and as all my previous smears had been clear I had no reason to think this one would be any different!

It took weeks for the results to arrive and, to be honest, I forgot about them and assumed everything would be fine. So it was a bit of a shock when the results letter arrived and told me that they had found high grade cell changes and that I had to go for a colposcopy.

At the colposcopy appointment, I met a doctor who straight away shared his concern that I was pregnant and that this would cause difficulty in treating any changes without putting the pregnancy at risk of a miscarriage. As I was 14 weeks pregnant, I didn’t want to put the baby at risk of anything unnecessarily but we agreed that he would have a look at my cervix as planned. He did explain that the changes may not be visible as they may be within the gland which would be hard to detect given my current situation.

Once the dye was on my cervix I could see that the colour changed, meaning I had cell changes. The doctor managed to take two biopsies which unfortunately days later I suffered side effects from, with excessive bleeding and a possible infection. I was absolutely petrified I was losing the baby and I was seen in hospital for an examination. They confirmed the cervix had reacted more to the wounds as I was pregnant, and that I should go home and rest. I don’t think I’ve cried as much as I did that day in all my life, and believe me I am a crier!

As the weeks passed and I still hadn’t heard anything, I was getting more and more anxious so I rang up the GP to chase my results. They told me over the phone that I had CIN3 and CGIN. I was terrified about what it would mean for me and the baby but they said it was pre-cancerous at this stage.

In the meantime the gynaecology doctor was on leave so my midwife managed to arrange an appointment with a doctor on the maternity ward who could go through the results with me to help me understand them better.

The doctor told me very bluntly that even though these cells were pre-cancerous and could take years to change, I had to think of my other three children, insinuating an induced miscarriage in order for them to be treated.

I was devastated and I knew that I had to find another option as by this point I was 16 weeks pregnant, and all I remember saying was ‘just get me through this pregnancy as far as we can and then you can take it all out!’

"We agreed that I would be reviewed at 28 weeks and then look to have LLETZ six weeks after giving birth."

I was referred to Brighton where I saw a consultant who told me that they could monitor the cell changes throughout the pregnancy, but that he needed to examine me first as the previous doctor had expressed a concern that I already had cervical cancer.

My consultant examined me and felt my cervix looked like a typical pregnancy cervix and we agreed that I would be reviewed at 28 weeks and then look to have LLETZ six weeks after giving birth.

I felt so many different emotions at this point and felt so numb! I was of course relieved that I wouldn’t have to terminate my pregnancy and that they’d be keeping a close eye on me throughout this time, But I was so confused and scared at what it all meant and highly anxious at not having the cell changes treated as well.

"I was diagnosed with stage 1a2 cervical cancer"

In January 2020 I gave birth to my baby girl and I then had LLETZ in March, as the UK was going into lockdown. One week after, I received a phone call asking if I could come in to the hospital for a “face to face conversation.” I knew right then and there that there was something else going on if they’d called me into the hospital in the middle of a pandemic!

They told me that during LLETZ they had removed a tumour and, while it was small and in the centre of the cervix rather than growing into my vaginal walls, it was quite an aggressive tumour. I was diagnosed with stage 1a2 cervical cancer and we decided that I would have a hysterectomy as I already had four children and didn’t want anymore. 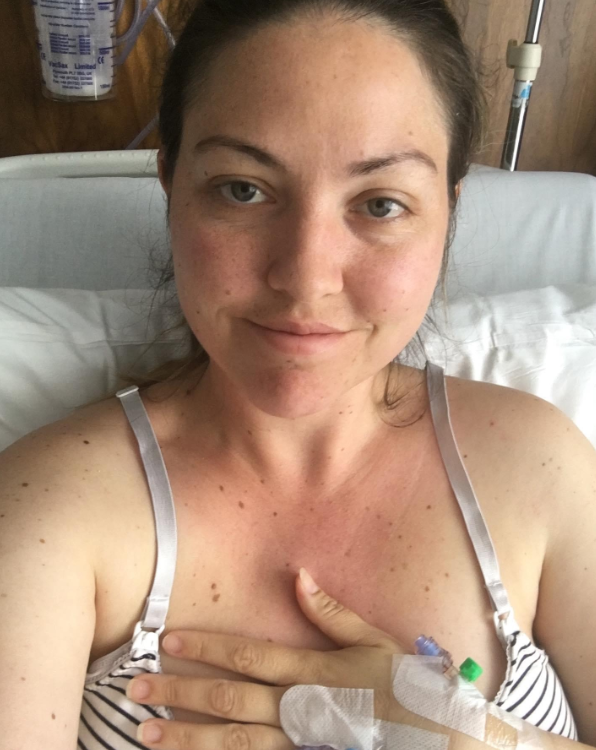 Within the surgery I would also have lymph nodes removed to check the cancer hadn’t spread.

"The staff were really kind and helpful"

I had my treatment in May in a private hospital which was helping to take some of the strain off the NHS hospitals during the pandemic. I was booked into surgery very quickly because of this and the hospital were brilliant in my care.

All the staff wore PPE and this was changed regularly when entering and leaving my room and I stayed in the theatre room straight after surgery rather than being moved to a different room for recovery.

Having a new born daughter also meant that I needed to make sure she had enough breast milk while I was in hospital so I managed to express and fill 24 bottles before my surgery date and keep my supply going by expressing during my stay. The staff were really kind and helpful to me whilst I managed to do this.

"I don’t think I was fully prepared for the impact that having a hysterectomy would have on my mental health."

I’m now two months post- operation and even though I found out about the cancer after it was removed, I still struggle to learn to deal with what it leaves behind. I suffer with anxiety anyway and regularly see a therapist but I don’t think I was fully prepared for the impact that having a hysterectomy would have on my mental health. Although I knew I didn’t want any more children and wanted to make sure that my cancer was gone, it’s still tough to get to grips with the fact I won’t ever be able to have any more in the future.

Being a busy mother to four children keeps you on your toes and sometimes I find it’s quite easy to forget what’s happened and I often get a feeling of being detached from the trauma I have been through over the last year. There are moments where I stop to pause and it hits me “oh yes, I remember I went through all that!”

I am also trying to learn to adjust to life with lymphoedema. I had never heard of this before my experience of cell changes and cancer. It was about eight weeks into my pregnancy when I noticed my leg and foot had begun to swell. I kept raising this at all my appointments and I had an ultrasound to check for blood clots. I was told that it was just due to being pregnant and would go away soon. This was my fourth pregnancy so I knew it wasn’t normal for me.

After I had given birth and had my surgery, the swelling in my leg persisted. I was referred to a lymphoedema clinic where they drained my lymph nodes and gave me techniques to do it at home. I also have my compression legging to wear daily in my favourite colour pink! This has perhaps been the hardest thing for me to get to grips with after my cancer experience. But, during one of the many times I’ve spent scrolling through the Jo’s website, I came across Nicola’s story which I found really helpful and I’ve even used some of her tips for managing swelling!

I have my first follow up appointment in August and I am hopeful that this will be positive and no further signs of cancer will be found.

One of the main things from the beginning of my journey has always been to share my story to help raise awareness amongst friends and family and to highlight how important cervical screening is!

I never ever thought it would happen to me, let alone face it whilst being pregnant at the same time!

If you have recently been diagnoised with cervical cancer and need support or information, we're here for you. Find support >

"I chose to have a trachelectomy because I want to have children in the future"
Read Stephanie's story
Last Updated:
21 Jul 2020