Jasmine on waiting for scan results during lockdown

Jasmine was diagnosed with cervical cancer in 2019 when she was 26. She finished her treatment in January 2020. During her recovery, the UK went into lockdown due to coronavirus. Jasmine shares her experience of diagnosis and going through treatment. She also tells us what it’s like to be recovering and waiting for scan results during lockdown, and shares some things which are helping her at this strange time. 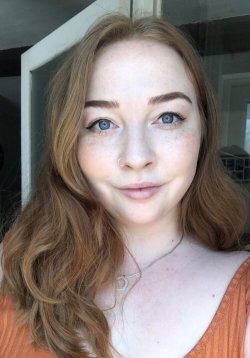 I was due my first smear test in 2018 while I was pregnant with my second child, so I had planned to have it done a few months after he was born. Time went by and I still hadn’t booked it in and in March 2019, when my son was 6 months old, I started experiencing light spotting after sex. I knew this was a symptom of cervical cancer but brushed it off as I thought maybe I still wasn’t completely healed after a difficult birth. Over the next few months I started having light bleeding between periods, cramps and some lower back discomfort, again I brushed it off thinking it was my body getting used to being back on the contraceptive pill until one morning in June 2019 I experienced extremely heavy bleeding along with large clots. I remember sitting on the bathroom floor crying just knowing that it was cervical cancer.

“I cried with relief which may sound odd, but I was convinced that it was going to be untreatable”

The heavy bleeding carried on almost every day for 3 months. Finally, when the bleeding eased for a few days, I got straight down to my GP (not soon enough I know!) She tried doing a smear test, but I bled heavily again so she did an urgent cancer referral for me.

A couple of weeks later I went under general anaesthetic for my colposcopy and biopsy. They tried to do it while I was awake, but I was too uncomfortable due to the size of the area affected. That same day, my consultant took me and my fiancé into a room and told us it looked very suspicious. On the 1st November 2019 I went to discuss my biopsy results where I was told I had stage 2b cervical cancer. I cried with relief which may sound odd, but I was convinced that it was going to be untreatable. Telling my 10-year-old daughter was hard, but we are always there for her, plus she’s had amazing support from her school who have helped her through some difficult days.

“The first couple of radiotherapy sessions were emotionally tough”

A few weeks after my diagnosis I started my treatment. 25 sessions of radiotherapy, 5 sessions of chemotherapy and 3 sessions of brachytherapy. I made the decision to not have any fertility treatment as I am lucky enough to already have two children and I just wanted to focus on getting better and not delay the treatment. The first couple of radiotherapy sessions were emotionally tough, trying to get my head around the fact I would be going to hospital almost every day for 5 weeks. I was extremely lucky to get through my treatments without being too poorly. I did suffer with fatigue and the radiotherapy caused bladder and bowel issues, but they have since improved. I needed a blood transfusion during chemo due to anaemia but other than that, I had no chemo side effects.

I then had brachytherapy. It was something I had never heard of and found the thought of it very daunting, but the radiographers and nurses were incredible. For each session, I went under general anaesthetic and they inserted tubes into my uterus. I would then have a CT scan so they could plan my treatment while I stayed in a room in and out of sleep. A few hours later they’d take me in for treatment where the radiation travelled through the tubes directly to the affected area.

I finished brachytherapy in January 2020 and within a couple of weeks I went through the menopause - hot flushes and night sweats galore! It’s a strange thought knowing I can’t have any more babies, but I already have 2 wonderful children, so I feel incredibly lucky to be here with them. I struggled emotionally for the first couple of weeks after treatment as all I could think about was whether it had gone or not. It was a worrying time waiting for scan results, especially during the lockdown, but in April 2020 I received my latest PET scan results saying they have found no evidence of cancer.

For anyone waiting for results during this lockdown, I  would advise you to try and keep in contact with family and friends as much as possible, it can be a very lonely time. Get the family involved in virtual quizzes and games etc. It gives you a little something to look forward to! Or get yourself lost in a good book, I find that such a great escape sometimes!

I’m not sure when any follow up appointments will take place as they’re trying to limit hospital appointments during this lockdown understandably. I received my good news over the phone but that’s the last time I spoke to my healthcare team. It’s a little strange and daunting suddenly having no appointments to attend but I know they’re at the other end of the phone if I need them!

Getting this good news was just what we needed during this time. Me and my family are over the moon. It has been hard not being able to celebrate with family, especially my parents but we opened some champagne over a video call, and we will make up for it when we’re allowed to.

I’m still struggling with some bowel changes which I think will be permanent but manageable, I’m also suffering with painful hips from radiotherapy but since starting yoga and exercising more it’s slowly improving. I’m hoping to get some HRT soon to help with the menopausal symptoms but overall I feel extremely lucky to have got through the last year with the help of my incredible fiancé who was at every appointment, my amazing parents, family and friends. Not to mention the tremendous support I have received and am still receiving from the wonderful people at Jo’s.

Jo’s was the first website I visited when I was experiencing symptoms and I hope to carry on raising awareness of cervical cancer and the importance of smear tests. When lockdown is lifted, I look forward to raising as much money as possible for such an important charity that has played a key part in my cancer journey.

If you need more tips on self-isolating or social distancing, our blog features tips from people who have done it before >

"I continue to learn to try and accept that ‘healing’, especially emotionally, will take time"
Read Claire-Marie's story
Last Updated:
13 May 2020