Joanna on the side effects of cervical cancer treatment

Following treatment for cervical cancer when she was 64, Joanna experienced bowel damage from Radiotherapy. She's shared her experience and advice on how to deal with side effects of treatment.

As a post-menopausal mother of three grown-up children, I always attended my smear tests. Some years ago some abnormalities were found for which I had to have colposcopy, but I was assured that all was well and so I returned to the regular 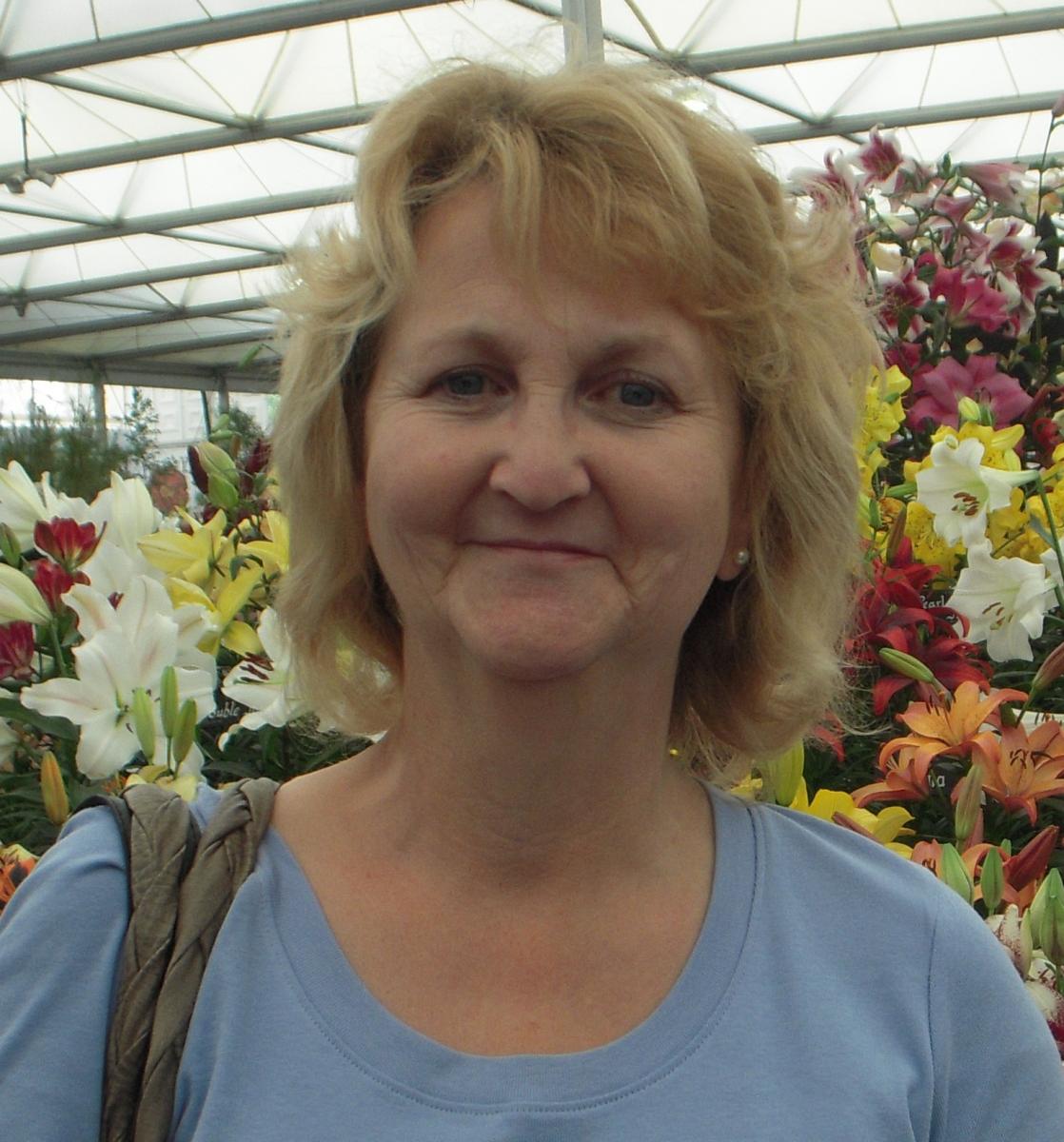 screening programme. In between I had one or two screenings where the results were inconclusive because they didn't get a good enough sample and I needed to go back for another screening. They just seemed to be unable to get to my cervix, which can happen with age, and a section had been removed with colposcopy. Other than that everything had always been fine and I had no problems with regularly attending my screening. It was just part of my normal health routine.

However, at the age of 64 I started to have persistent vaginal discharge, which was clear and odourless. I eventually went to the doctor, who did an urgent smear and he asked the lab to process it quickly, so that soon after my appointment I received a letter saying that I had severe abnormalities and had to see the gynaecologist at the hospital. It was then that they told me I had cervical cancer and that I needed a full hysterectomy. I had come alone to the appointment as I'm widowed, and to be told this diagnosis was just shocking - a complete body blow. If there is one time in life you need a husband it's when you get news like this. I was really shaken after receiving the news in a very blunt way, but a really nice nurse took me away and gave me a cup of tea and was just kind, which was exactly what I needed at this point.

A couple of hours after my hospital appointment the doctor's secretary called me to say that he had decided that I should have an MRI scan, to have a closer look at where the cancer was sited. The result of the MRI scan revealed that I had stage 2b cervical cancer and that, as it had already spread to lymph nodes, a full hysterectomy would not be satisfactory. I was referred to a superb gynaelogical oncologist at Brighton Cancer Centre, who prescribed 28 sessions of radiotherapy, with five sessions of chemotherapy, to be followed by brachytherapy as a final treatment.

"Radiotherapy was ok at the beginning, but as it progressed I became very tired"

I started treatment just before Christmas in 2011. I had to attend radiotherapy for five days a week for five weeks, although not on Christmas Day. Once every week during that time I also had chemotherapy on Wednesdays. When these sessions ended, I was admitted to the Royal Marsden Hospital in London for three rounds of brachytherapy – an intensive form of radiotherapy targeted at the site of the tumour. The hospital in Brighton was an hour's car ride from my home, which meant that either a friend or my daughter had to drive me as most times I was too unwell to drive myself there and back. Radiotherapy was ok at the beginning, but as it progressed I became very tired, and ill each week with the chemotherapy.

All in all the treatment worked well for me, and I'm cancer-free now, although still monitored annually. I do still suffer from some side effects. Before having received 28 sessions of radiotherapy I had actually been warned that I was likely to have irreparable bowel damage. I thought that I could live with that, and was prepared to do anything to try and conquer the cancer that had been so suddenly diagnosed.

During treatment I found that I started to have a very loose bowel, but the chemotherapy I was receiving every Wednesday tended to make me constipated – so half the week I was constipated, and half the week I had diarrhoea. Difficult! However, when the chemo stopped I was given plenty of Loperamide capsules – the generic name for the over-the-counter medication known as Imodium. It was essential to take several a day to try and live a normal life.

When I attended Let's Meet I took part in a very helpful workshop on bowel damage from PRD (pelvic radiation disease). I was very encouraged by another lady who said that, although you might get diarrhoea in the morning, maybe this would happen only four or five times – and then you would be more or less normal for the rest of the day. I realised this was true for me, too. I was lucky to be able to control my problem by taking Loperamide, which I took regularly at the beginning. I found I could take less Loperamide, and within a few months was down to taking one every other day. The main problem was not getting much warning for a sudden bowel movement, which caused a few embarrassing accidents.

One piece of advice given at the bowel workshop was to consult a dietician, which I did through my GP. I hadn't done so earlier as I thought I was pretty knowledgeable about diet, but I found her to be extremely helpful. We discussed the very short warning I now got for bowel movements, to which she said that there were two warning stages in the bowel – one higher up in the bowel and one near the end – and that I must have received damage to the upper one. She advised me to cut down drastically on high-fibre foods – for example, not to eat a whole apple but to peel and core it first – and proposed a very healthy and tasty regime that I have followed ever since.

Perhaps because of the diet, or because three years have now passed since I finished treatment, my bowels are nearly back to normal. I have gradually reduced taking Loperamide from several times a week to maybe twice or even once a week or when something special is taking place the following day. I eat a normal, healthy, mainly wholefood diet, although I still avoid apple peel and the skins of jacket potatoes, for example, and prefer Weetabix to muesli or other high-fibre breakfast cereal. I am very surprised that it seems to have healed so well, and would like to offer encouragement to other sufferers – it really does seem to improve over time.

At the time of my cancer diagnosis and treatment I was a widow, my husband having died the previous year.  After three years on my own I began looking online again and started dating a lovely man. I was very apprehensive about the state of my vagina after radiotherapy,  but needn't have worried. Although I do need a lubricant it could also be because I'm post-menopausal and ageing! However I'm pleased to say we got married in 2018 and are planning lots of travel together.

I'd like to thank Jo's for excellent advice and support - I've come a long way since my cancer treatment.

If you've had a cervical cancer diagnosis, sign-up to Let's Meet to attend sessions on looking after your wellbeing and to meet others affected by cervical cancer.