Kevin on fundraising in his sister's memory 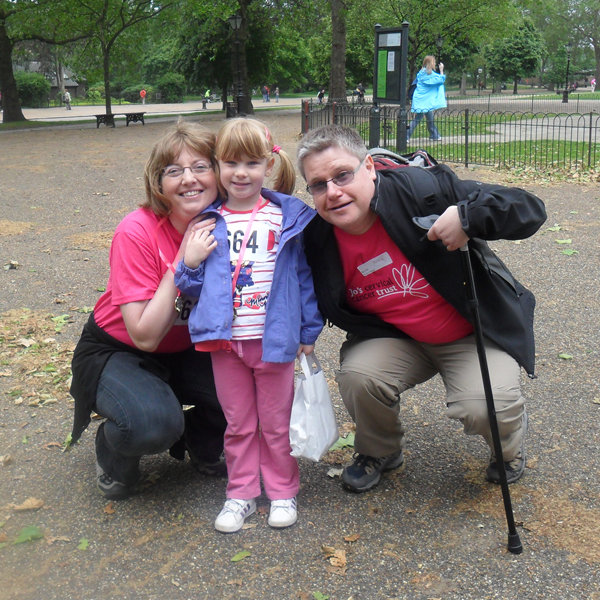 When my sister was diagnosed with advanced cervical cancer in September 2005, I started to look around the internet to find information on the disease, which is when I stumbled across Jo's Cervical Cancer Trust and saw they had a forum. As my sister didn't have internet access I posted on the forum and within about an hour I had lots of replies. I then used the services an awful lot from that point, including Ask The Expert.

"I became her connection to information and friendship"

Because my sister couldn't get online I became her connection to information and friendship. She would share her experiences with me and in turn I would share them with the women on the forum getting their support and advice and passing this onto my sister. It was a massive help because she realised she wasn't alone.

I'd call her every day and print off replies and post them to her. The women on the forum would ask after her and I'd update them with my sister's progress.

When I first got involved, the charity was in its infancy and so I was the only man on the forum. But as time went by other male family members started to post seeking support. I also became a moderator for the forum.

I even attended a Let's Meet event as my sister was too ill to travel. It gave me an opportunity to ask the questions my sister couldn't as well as meet the women who had become my friends and who I am still in touch with now.

My sister had a good four years clear of the cancer, but suffered a recurrence and sadly died in 2010. A year after her death I set up a Tribute Fund on the Jo's Cervical Cancer Trust website and use this to keep her memory alive, sending emails to friends and family on her birthday and the anniversary of her death.

I'm still involved with the charity and occasionally use the services, dipping into the forum to catch up with old friends. I also fundraised for the 2012 Walk for Fun and was a marshall for the event as well.

"Whenever I'm sad and thinking of Helen, I can feel her in front of me saying 'pull yourself together, Mum'"
Read Shirley's story
Last Updated:
10 Mar 2014