Suzanne on volunteering after cervical cancer 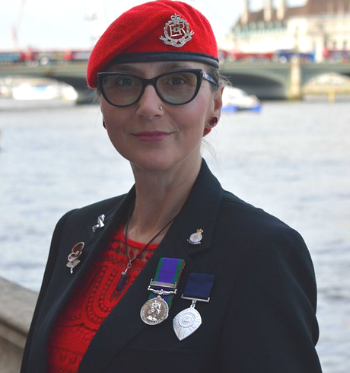 Suzanne tells us in the below interview about how she raises awareness locally.

In what way do you volunteer for Jo's Cervical Cancer Trust and what does it entail?

I raise awareness about cervical cancer, prevention and the charity in general.

I started by ordering some of the charity's free information materials and distributed these in local GP surgeries and hospitals. I also try to organise health information stands at different events and locations, for example we did a bag packing event at a local Sainsbury's and I made sure we also had a stand where we displayed the information materials and encouraged women to attend screening and made them aware of the symptoms and the work the charity does.

I have also raised awareness by talking to the media. Newspapers, magazines and radio stations are always interested to hear about real life stories and local initiatives such as fundraising events. Having had cervical cancer I was in a position where talking about my own experience meant I could stress that this can happen to anyone which is why it's so important women are aware of the disease and how to prevent it while also letting them know about fundraising events that I was working on.

How did you become a volunteer for Jo's Cervical Cancer Trust?

I found out about Jo's Cervical Cancer Trust after being diagnosed with cervical cancer and due to this experience I wanted to start raising awareness. Once I was in remission I decided that I wanted to give something back and make sure that, where possible, others did not have to go through what I went through and we all know that prevention for cancer is far better than seeking a cure.

Has there been a particularly striking moment or experience during your work as a volunteer? If so what was it?

My husband being asked to speak at the Let's Meet in London was a really important moment for me. It made me feel as though all the work we have put in has been recognised and he was able to share with the charity and other volunteers why Jo's is special to me. I think it's the personal stories that make the difference to others starting a cancer journey whether it be patients or their families.

This year, I have been awarded an honour by the British Citizen Award for raising awareness of cervical cancer. I have also been recognised in the Queen's Birthday honours list. I will soon be travelling to Buckingham Palace where I will be presented with an MBE. It's overwhelming but I am delighted.

What would you tell someone who is not sure yet if they should volunteer for Jo's?

I would say it does not matter how much or how little you get involved but that if you do have the time or can donate funds then every little does really help. More than that though it is not why we do this at all but volunteering is the most rewarding work I think a person can do. Giving in the context of not wanting to receive anything in return conversely yields many rewards of a personal nature i.e. the work itself is very rewarding and the feedback from the charity and from those who we help is very heart warming and highly appreciated which leads to a great sense of self esteem.

Read here how you can raise awareness locally >

"I decided that volunteering on the helpline would be something that suited me"
Read Lucy's story
Last Updated:
04 Sep 2019