Vicki on cell changes and colposcopy

Vicki shares her experience of being diagnosed with cerivcal cell changes (abnormal cells) and going to colposcopy. 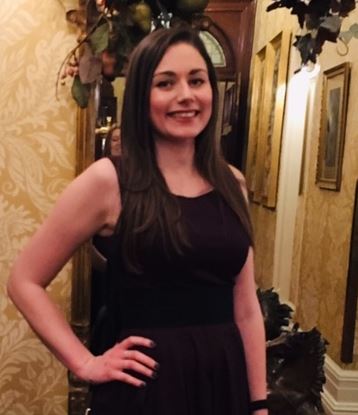 Although I had been having pain during sex for quite a while, I actually put off my smear for almost a year. I put it off partly because I didn't think the pain was anything serious but also as work can be quite funny about time off and it was difficult to book appointments that fit around a full time job - I was worried about upsetting my manager. When I finally went for my smear (10 February 2014), I found it very uncomfortable and left crying. Although I had been nervous, that wasn't what I was expecting though the nurse was very nice and reassuring.

"I was initially upset, but was then fine. My partner, on the other hand, was a wreck!"

I got my results ten days later saying I was being referred for colposcopy as there were changes to the cells called high grade dyskaryosis.

I was initially upset, but was then fine. My partner, on the other hand, was a wreck! He was upset, stressed and always thinking the worst. He made me be very healthy, like eating spinach and kale, nuts, all whole wheat rather than white bread, no sugar or treats at all and exercising most evenings. He wouldn't let me do anything I didn't have to, such as house work (I didn't mind that!). I think this made me feel more positive and strong, as we would've never got anything done if we were both nervous wrecks.

"The nurses were lovely, they helped me feel a bit more relaxed"

Five days later (25 February 2014) I was at the colposcopy clinic. Whilst waiting to go through, I became very anxious. The nurses were lovely, they helped me feel a bit more relaxed and I found this experience better than my first smear. Unfortunately, some of the cells were in a difficult to reach area and the nurse decided it would be too uncomfortable for it to be done under local anaesthetic.

There was a bit of confusion and back and forth with my appointment for me to have the cells removed under general anaesthetic, but I was booked in for 16 March 2014. In the run up to this appointment I was more concerned about having to be put to sleep. It was only once the surgery was done that I began to worry about my results. It seemed as though cervical cancer was suddenly everywhere. I felt quite miserable and upset.

After two and a half weeks of hearing nothing, I eventually rang the hospital who told me everything was 'fine'. They had removed the cells, which were not cancer, but CIN 3 and they had found the HPV virus, but there was no longer anything to worry about and I would have a follow up smear in 6 months. I was so relieved and celebrated with a take away.

I just had the results of my follow up smear (September 2014) and I'm pleased to say everything is fine and I'm back to 3-yearly check ups.

"The result from my screening explained I had 'high grade dyskaryosis'. I was dazed."
Read Lisa's story
Last Updated:
12 Apr 2019