For me as a person who has a learning disability, I was quite embarrassed to talk about having a cervical screening (smear test). I did not want to go. I felt that it would be uncomfortable. Even though I was in a relationship at the age to be invited for a test, I didn’t feel comfortable about going.

"There were a few reasons why I wanted to go for a test." 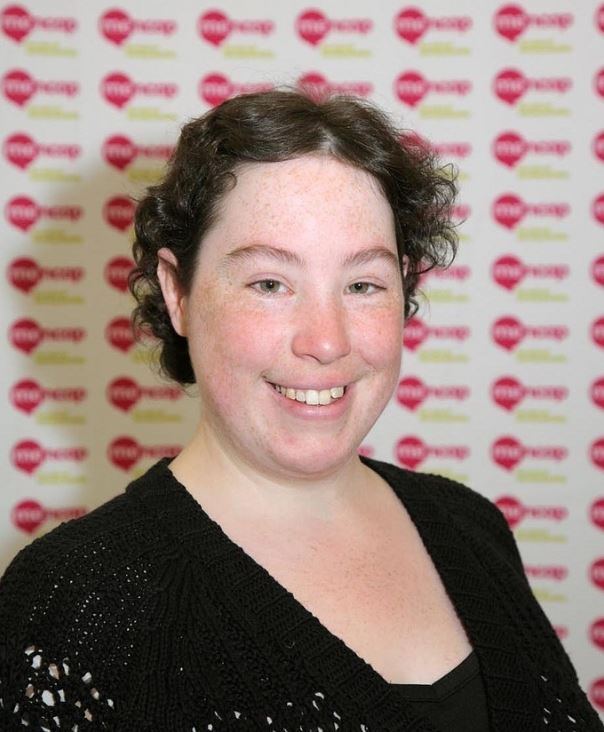 I didn’t think I needed the test. I did not feel it was right for me and I either ignored or binned the letters. It sounds really awful.  I felt that the test just wasn’t for me.

There were a few reasons why I wanted to go for a test. Over the past few years some of my relatives have passed away who had different types of cancer. I watched them fight their battles. I saw them in good times and I saw them struggling. Last year in December, just before Christmas, a very dear relation to me died after battling cancer. She was only 48 which was heart-breaking.

It showed me how important cancer awareness is and that cancer screening is important. She is not here to tell people to go, but I am here and in her memory, I want to do something positive about it and I know she would be proud of me. I decided to put my big girl boots on and got on the phone to book my first smear test.  I went for it!

Jade Goody from reality TV publicly battled cancer. Before she died, she called for women to go and have a smear test. I was so shocked to hear that the number of women attending their smear tests had gone down since her death.

Before the day, I felt very nervous because I did not know what to expect.  What was lovely was that some of my colleagues here at Mencap told me about their own experiences of visiting a clinic for a smear test and that helped me. I also watched an NHS YouTube video of what would happen and what I should expect. Once I had all the information, I felt prepared.

When I arrived for my appointment, the nurse called me into her room. She invited me to sit down. She asked for my name and details. She then asked me, if I knew what the smear test process was. I answered yes, because I had spoken to colleagues, and watched videos on YouTube. She then asked if I would like her to talk me through it face to face. I said yes. She then brought over the instruments that were going to be used during the test.

What was interesting about that moment was she gave me a choice, she said if you are happy we can do it now, but if you are unhappy or have any worries we can delay, the ball is in your court, and I said ‘no, I am here, I want to go through with it now’.

Then she took me over to the medical bed. She pulled the blind around me and asked me to take off the lower part of my clothing. Once I said I was ready, she came over and began the test. Whilst she carried the test out, I talked about nice things like my work at Mencap and I found that helped me a lot. I even laughed with her and that helped me to feel relaxed.

"The nurse took a bit of extra time with me. She made sure I understood exactly what was going to happen."

Before I knew it, the test was over. Afterwards, we sat down and talked. She told me that once the swab came back from the lab with the results, I would get a letter in the post at home. She told me it could take a few weeks.  I felt very proud of myself afterwards.

During the whole appointment, the nurse took a bit of extra time with me. She made sure I understood exactly what was going to happen. She did this slowly and clearly. She made reasonable adjustments. This is a good example of what we are asking healthcare professionals to do for patients with a learning disability in hospital through Mencap’s Treat me Well health campaign.

I was really lucky to have a positive experience, although not everyone will have the same experience as me. It is vital that all women whether they have a learning disability or not, get the same support and care.

"I left the surgery feeling empowered."

It was helpful that I could talk to people who had their test before me about how I was feeling without feeling embarrassed. Watching a YouTube video of somebody having the test also helped. I felt that I had every choice in front of me and I was able to feel ok about it.

Having Jo’s Easy Read information was also useful because it explained in easy stages what would happen and when and that was really good to have, I could then visualise the process from beginning to end.  Quite a few different things helped me to feel confident. Having people around me who understood was amazing. That afternoon I had a nice text from my mum saying ‘good luck I’m proud of you, I hope it goes ok’ so that gave me a lovely boost.

I was relieved that my test result came back and was normal, but if the results had come back and I had to go and see another doctor then I know I would have good support to do that because it would be a scary experience like anyone else goes through.

The nurse had a lovely attitude towards me so it couldn’t have gone better. I left the surgery feeling empowered. Next time I am invited to go for a test, I won’t feel as nervous. On the way home, I decided to make a video with the hope of changing at least one person’s idea of a smear test. I wanted to help encourage other women to go for their smear test. My video has now been seen by over 100,000 people. Even if one person out of this has gone for a test, I have done what I set out to achieve.

Before I went for the test, I actively went and searched for information about what would happen. There is lots of Easy Read information on the internet now, but it shouldn’t be down to the person to find it themselves. I want the NHS to send people an Easy Read letter and a link to the NHS video I found on YouTube.

As someone who has a learning disability, it was a big thing for me to go and do. You can do it with the right support like I had. You can take someone with you to support you, but I decided to go independently as I felt this was right for me.

Having a smear test is very important, because it might help to save your life.