Training, community and engagement: how the Tampon Tax Fund helped us to improve access to cervical screening

Cervical screening can help prevent cervical cancer. Yet across the UK, on average, one in four women and people with a cervix do not attend their screening appointments. Among ethnic minority communities, this is even lower.

The Tampon Tax Fund has awarded £79m to organisations over the last six years. In 2021, the fund was wound down, so we wanted to take a look back on what we did with the money we received from it.

From 2017 and 2021, we delivered a programme funded by the  Tampon Tax Fund to increase awareness of cervical screening and cervical health, including the signs and symptoms of cancer, with the hope of helping more women and people with a cervix to attend their test.

What did we do with the funding? 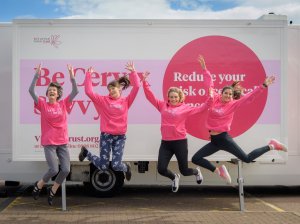 We ran a roadshow in cities across England, with our staff and volunteers engaging over 9,000 women and distributing 20,000 information pieces, talking to a range of people about cervical health and cervical screening. Face-to-face events really were something!

There was so much revealed about barriers to cervical screening; from work and caring responsibilities, to language barriers, to a lack of knowledge about health services.

As a small charity, much of our information, advice and campaigning is online – that’s even more true these days. This funding was a unique opportunity to reach those in deprived areas, who had less access to digital resources, or have English as a second language. The roadshow identified that having people on the ground, to develop relationships with communities and spread the message is key. So, next, we ran targeted outreach projects in Manchester and London.

What happened after the roadshow?

A dedicated Public Health Engagement Coordinator was appointed in both cities for the three-year programme. They spent the first six months of the project out and about in the community, building an understanding of barriers to screening in their area. The approach was then tailored to the communities in each area around a core set of services, including:

What was the impact?

So far, the project has directly engaged over 28,000 people, the majority of whom were from minority ethnic communities. A further 470,000 people were indirectly engaged through information materials. We achieved: 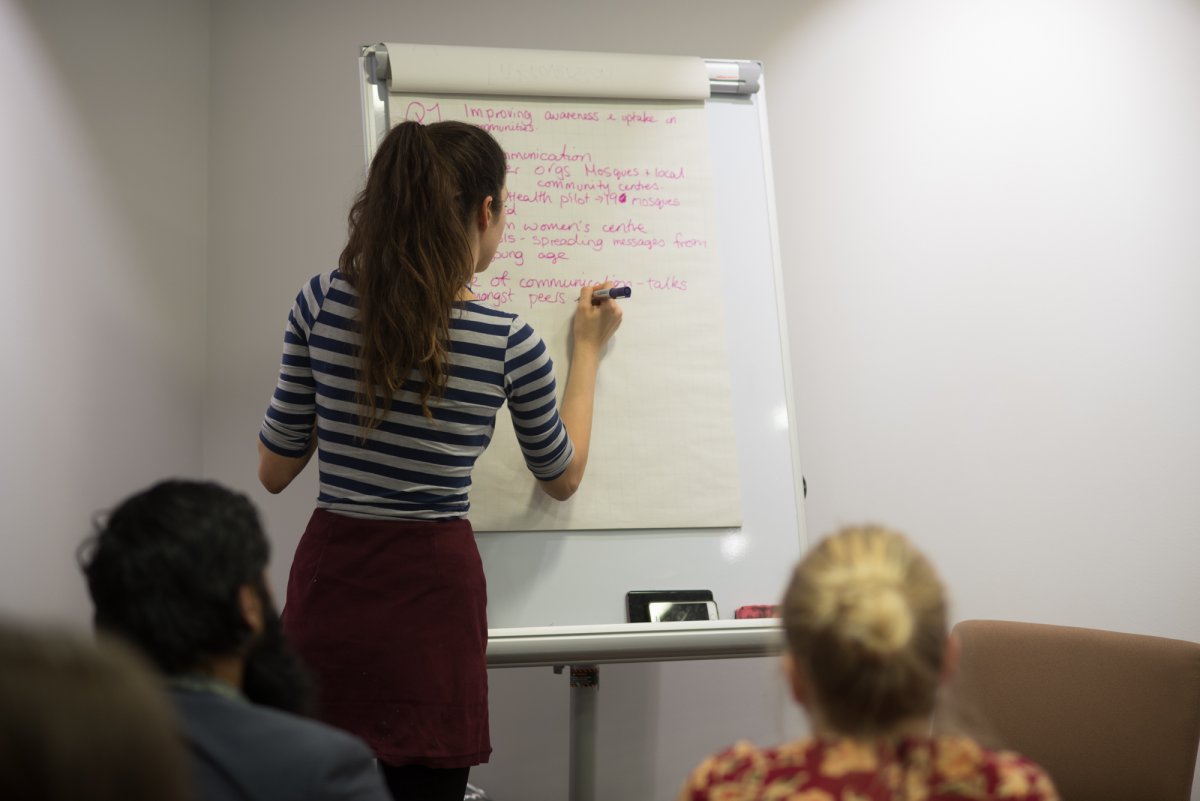 One woman attending a drop-in clinic said, “I have never attended before because I didn’t know what it was about. We never had these tests in my country, but now that someone explained it to me, I will always have it done.”

A GP Practice Manager said “One of my staff members attended this training and she said she learnt a lot about why patients might have barriers to screening - it could be cultural, embarrassment, fear, or being scared of pain. And the pandemic is putting patients off. She knows she has quite a lot of work to do now, speaking to all the patients that are due but also that it is important.”

Building on the success

We’re really proud that through training local healthcare professionals and community connectors and champions, the approach has been sustainable.

Emma Fleming, Trusts and Statutory Manager:  “Even though both the projects have now come to an end, we are working to ensure that the benefits will keep building, in a ripple effect.”

The learning from the project been captured through the development of resources for  healthcare practitioners to get information to help them understand their screening levels, the communities they support and where they can access training.

Avoiding a ‘one-size-fits-all’ approach to health engagement, recognising that training and awareness-building may look and sound different every time, has worked well.

Adriana Macnaughton, Public Health Engagement Coordinator in London, “This does not mean reinventing the wheel every time. Instead the approach is rooted in understanding your community, and the GP surgery that serves it, and using that knowledge to determine what will work best in terms of engagement.”

Here are a few tactics that worked well: 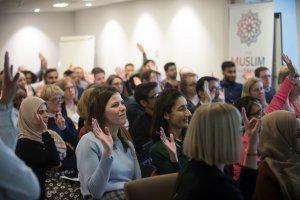 This was instrumental to our success. To reach the right people in communities and GP surgeries across London and Manchester, we worked closely with local community groups, officials in public health, GP surgeries, cancer alliances, community centres, faith groups and other charities.

By signposting, referring and building relationships across districts and boroughs, we were not only helping the GP surgeries but also building our reputation as a team player within the community. This meant healthcare professionals would recommend our training to others.

During one session at a community centre for North African communities a man came forward at the end to say that he had completely changed his mind about cervical cancer. He said “I found the HPV myths part of your talk really interesting and useful. My sister-in-law died from cervical cancer and it has caused quite a big rift in the family because lots of people were arguing and blaming her partner for her death. They thought that maybe he had been cheating or had caused her cancer and everyone was really angry about it. But now I know about HPV this is something I am going to take back to the family to try heal some of the rift.”

Drop-in clinics worked well for women and healthcare professionals alike. What started as a way of training NHS staff on how to run community-based patient-led events fast became a useful tool to engage with patients. Many women and people with a cervix find attending a fixed appointment difficult. By offering an informal drop-in clinic to talk about screening out of hours, for example in the evening it meant that news of it could travel by word of mouth and many more women could attend.

One woman told drop-in clinic staff, “I had to cancel two smear test appointments before today because I was always running late from work and could never make it back in time. This drop-in was great because it didn’t matter if I was running a bit late from work, I could just drop in, any time, on my way home and have it done.”

Sadly, COVID-19 had an impact on outreach work and this cut the final stage of the outreach programme short. However, since the end of the project we were commissioned by two of the London Cancer Alliances to deliver online training across West London and this work is being expanded across London. The training has been adapted to include challenges faced by professionals and communities alike as a result of the pandemic.

We’re using what we have learnt through this programme to inform the development of our new five year strategy because the last two years have shown that tackling health inequalities is more important than ever.