We know it's effective. So why is there opposition to the HPV vaccine?

In our new guest blog David Robert Grimes, physicist and cancer researcher at Oxford University, gives his opinion on the HPV vaccine, the debate surrounding it and its role in protecting against cervical cancer. 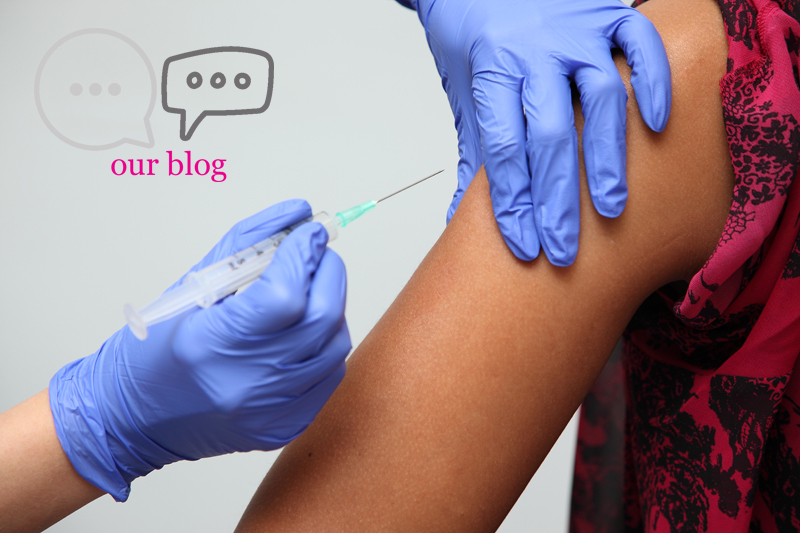 Luckily, the HPV vaccine Gardasil is extraordinarily effective at preventing infection, being at least 99% effective against the four most odious subtypes (6,11,16,18) in young women. Yet despite this, it has been the subject of dogged opposition - in the US, vaccination rates have stagnated far below the optimum levels for protection, while a number of legal challenges against the vaccine have been mounted across Europe. But why is this the case?

Broadly speaking, opposition can be separated into two distinct categories, the first of which expresses itself as moral concern. There is a sizeable contingent who find the idea that their children will eventually have normal sexual urges disquieting, with some physicians also voicing opposition on moral grounds. Moral opposition to HPV vaccination is clearest in America, primarily voiced by religious conservatives, whose arguments pivot around sex rather than efficacy, advocating abstinence in lieu of vaccination. A major concern appears to be that without the fear of genital warts or cervical cancer, young people will become more promiscuous, and that the HPV vaccine therefore in effect encourages behaviour they deem immoral.

This slightly twisted assumption is flatly contradicted by the data – it operates on a strange, moralistic "consequences of sex" principle, a mantra that abstinence trumps pragmatism. Yet evidence to date clearly indicates that abstinence programmes simply don’t work, and that teens subjected to this approach begin sexual activity at the same stage as their peers – worse again, teens educated in such ways tend to have more pregnancies than those receiving conventional sex education.

More damningly, the assumption that vaccination is a passport to wanton sexual abandon doesn’t stand up to scrutiny – teenagers receiving the HPV vaccine tend to be far more aware of sexual health than their unvaccinated peers, and fully cogniscent of the fact that the vaccine is no panacea to sexual infections. Studies on sexual activity in vaccinated and unvaccinated teen cohorts show quite clearly that sexual activity is not elevated in the vaccinated group.

The second category of opposition is rooted in safety fears. Like all clinical compounds, Gardasil has been extensively tested for years, constantly monitored for potential adverse effects. By all measures it has been found to be a safe and effective intervention. The complication rate is extremely low, with the most common reactions being irritation at the site of injection, and fainting post injection - precisely the minor temporary reactions seen with any shot. The safety and the efficacy of the vaccine has been reaffirmed by numerous independent investigations, including a 2015 report based on data from over a million individuals which concluded the vaccine had a favourable safety profile.

Despite this, ominous reports of "vaccine-damage" still circulate. Some of this is based on simple misunderstandings, but a significant proportion is down to the success anti-vaccine campaigners have in sharing their claims online and across social media. In particular, claims that the HPV vaccine causes thrombosis and chronic fatigue are common, but have been comprehensively debunked. Anti-vaccine sites also perpetuate the falsehood that Gardasil has been banned in Japan.

Despite the paucity of evidence for damaging effects from Gardasil, there have been a number of legal challenges mounted against it, most recently in December 2015 by Fiona Kirby, who is being supported by Irish group Reactions and Effects of Gardasil Resulting in Extreme Trauma (Regret). Kirby alleges that her daughter suffered "horrendous" adverse effects after being given the vaccine, and Regret claim that upwards of 140 girls are suffering severe non-specific reactions to the vaccination, from fainting spells to fits. The group's attempt to obtain an injunction for a withdrawal of Gardasil made it to the Irish High Court, and although it was refused, the movement shows no signs of abating – if anything, they have received an incredibly sympathetic media airing.

In one respect, this is understandable: the cases are emotive, even if all evidence suggests Regret are misguided in their attempt to blame the vaccine. Their assertions are simply not supported by the copious amount of clinical evidence, nor have these trends been seen in the upwards of 200 million doses of Gardasil given worldwide to date. Given the sheer volume of teens who have received the vaccine, it is a statistical certainty that some will develop a physical or psychosomatic illness after inoculation. While this makes for an arresting anecdote, the implicit assumption that the temporal sequence is anything other than coincidental is comprehensively debunked by the scientific and statistical evidence against it.

While sensitivity by media organisations is laudable, is it completely irresponsible journalism to suspend all critical faculties when reporting on vaccines. Sadly, scaremongering anecdotes without scientific evidence all too frequently masquerade unchallenged as public interest stories, and the Gardasil controversy is no exception. In December, Irish broadcaster TV3 ran an investigation, featuring Regret’s assertions prominently. These claims were frequently presented uncritically, giving these tired myths a new audience of worried parents. Such was the response to the show that the Health Service Executive had to issue a statement on it to address the panic it induced. Those of us in science outreach were left in the unenviable position of having to counter an emotive narrative in an attempt to neutralise some of the damage done by such vapid reporting.

Such skewed coverage also triggers a chorus of populist politicians to chime in with equally vacuous additions. Indeed, so predictable is this phenomena that I’ve written about it before for this paper. In Ireland, a familiar list of opposition politicians from Sinn Fein to independents have regurgitated the claims verbatim, and speakers from Regret have even been invited to address the Irish parliament. One TD (member of the Irish parliament), seemingly unfamiliar with the old adage about prevention being better than cure, even questioned why there was a need for a vaccine when we have smear tests for cancer. Whether this is borne of genuine ignorance or cynical vote-chasing we can only speculate, but it risks adding to the public perception there is some genuine debate over the safety and efficacy of the vaccine when this is resoundingly not the case.

The case for the safety of the HPV vaccine is buttressed by swathes of clinical evidence and years of data, whereas the opposing side is comprised of anecdotes, emotive appeals and easily debunked assertions. It's a complete failure of journalism to present them as equally valid opposing views, a glaring error known as false balance. It is also irresponsible: we need only cast our minds back to the damage done by baseless scare stories "reported" about the MMR vaccine to be reminded of this fact. This propensity to sensationalism over informed reporting is one that crops up with each new or rehashed panic story. Despite the complicity of media outlets in spreading poorly researched or misleading stories, blame for this seems to be curiously evanescent.

Despite all the sound and fury from religious conservatives, anti-vaccine campaigners and clueless broadcasters, the unassailable crux of the matter is that the HPV vaccine has the potential to save lives. We cannot afford to let squeamishness about sex dictate our health policy, nor should we allow falsehoods to cloud our judgement. The lives of countless young men and women count on us being guided by evidence rather than rhetoric.

This article originally appeared on The Guardian on 11 January 2016

If you have questions or concerns about the HPV vaccine, read information on our website or call our free helpline on 0808 802 8000 >

Behind the headlines: Cervical screening incident in Scotland and what it means
15/09/2021
Bros for Jo's: your stories
18/08/2021
"We need women’s voices and experiences to be centred and amplified": our response to the Women's Health Strategy consultation
23/07/2021
Let's talk about...smear tests when you have endometriosis
06/07/2021
Cervical screening after a 'near miss': our new Chief Executive shares her story
11/06/2021
Cervical screening when you are visually impaired
11/05/2021