Projected incidence and mortality of cervical cancer to 2040

As the leading cervical cancer charity we wanted to better understand where the impact of cervical cancer will be felt the most over the coming years. We commissioned research with a team at Queen Mary University of London projecting incidence and mortality of cervical cancer in England until 2040. The research factored in changes to the vaccination and screening programmes and variations in uptake.

The below graphs project the incidence and mortality with HPV primary screening and the 9-valent vaccine being introduced in 2019 and screening coverage decreasing by 2.5% (from 73.5% in 2014/15 to 71.0%).

As visible in the below graphs, those born after 1991 have been able to benefit from the introduction of the HPV vaccination programme in 2008. With the more effective HPV primary screening and 9-valent vaccine we will see incidence in young women plummet. Among women aged 25-29 diagnoses will fall from 412 cases a year to just 104 cases in 2040. The impact of cervical cancer among this generation will be greatly reduced and almost removed, with deaths falling from 27 to just six in 2040.

While vaccination uptake is currently high, we cannot get complacent, as if uptake were to fall to to 40%, incidence in 25 to 44 year olds would increase by 38% (to 945).

For this generation however, eradication is firmly on the horizon.

Cervical cancer incidence over the next 20 years will be dominated by women currently in their 40s and 50s.

Among this age group improving awareness of the steps they can take to reduce their risk and aid early diagnosis must be paramount. This includes better knowledge of symptoms and increasing attendance of cervical screening through addressing the many barriers that exist, of which accessibility is paramount.

This research has also been published in The Lancet Public Health.

Our role in eradicating cervical cancer

Download our report "Eradicating cervical cancer: Our role in making it a reality" for more information including our new commitments and objectives up to 2022.

You can also read more about our vision and new strategy. 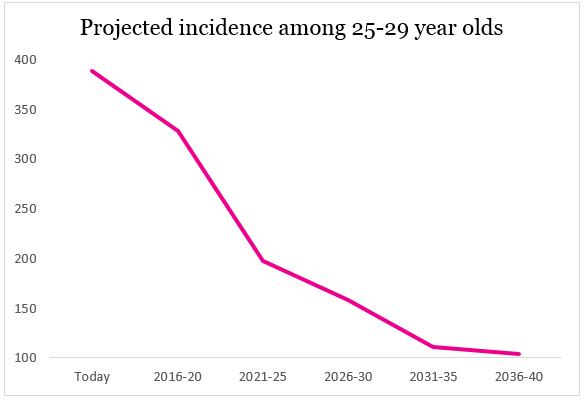 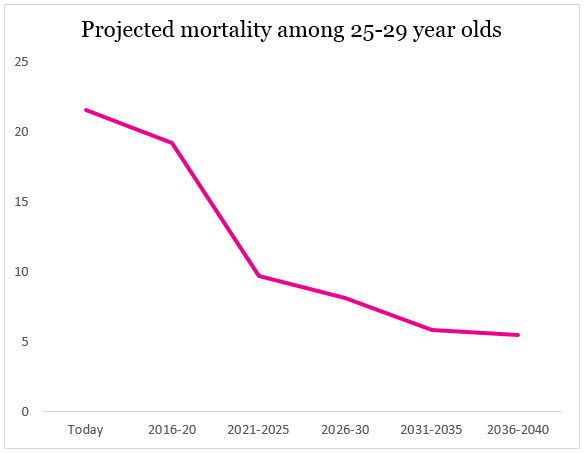 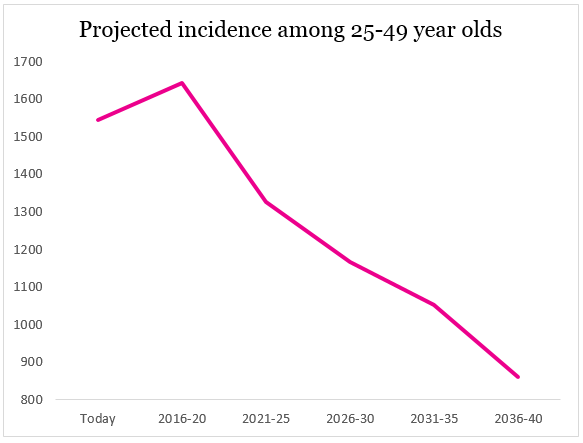 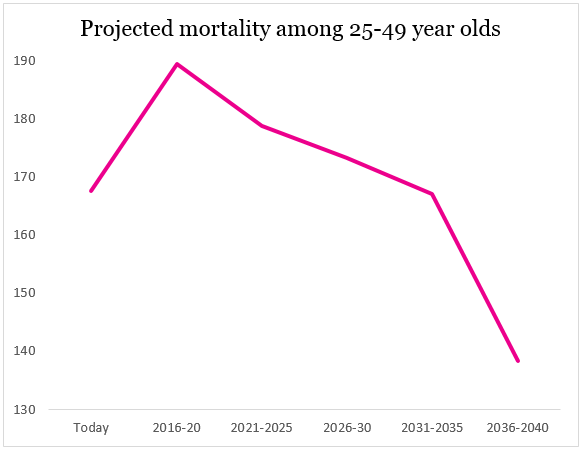 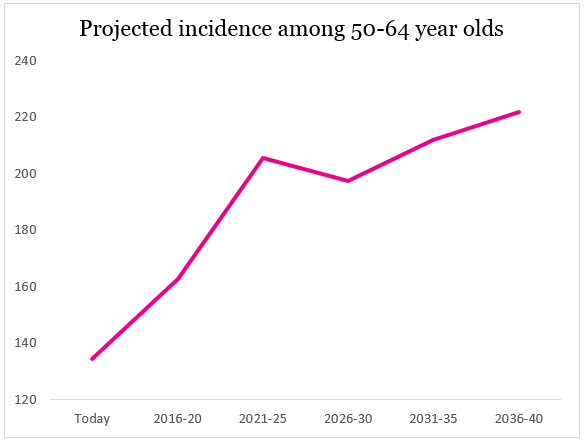 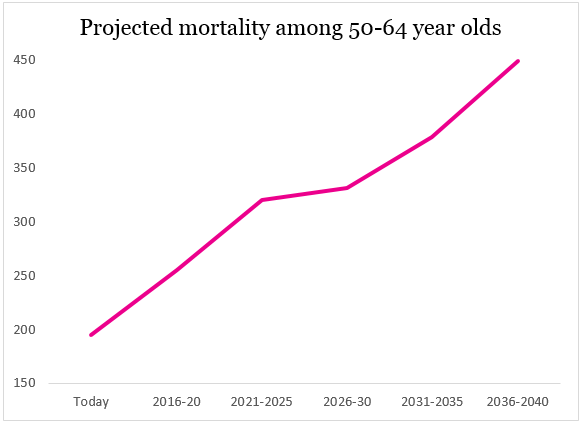 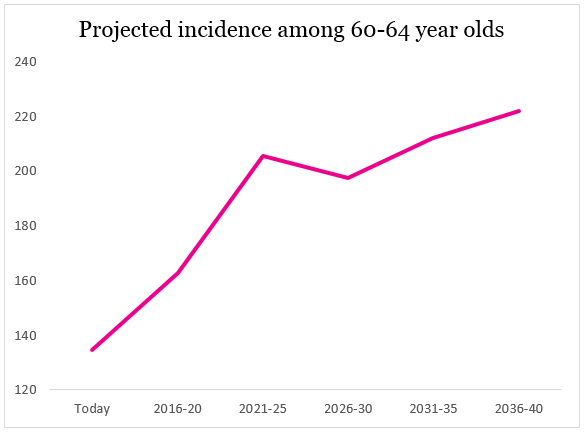 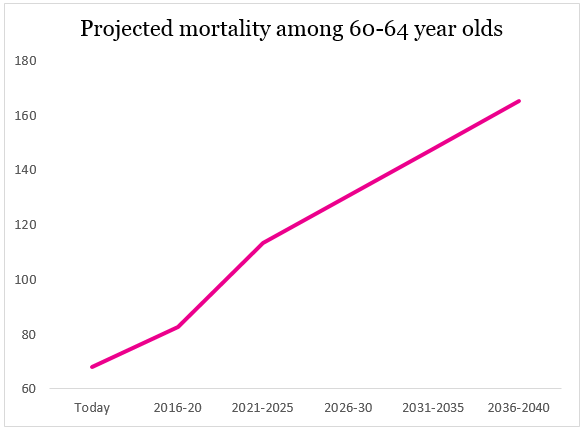 We are campaigning to reduce the impact of cervical cancer across the UK.

Whether it's a run, a bike ride or a bake sale, sign up to an event or get inspiration to arrange your own!