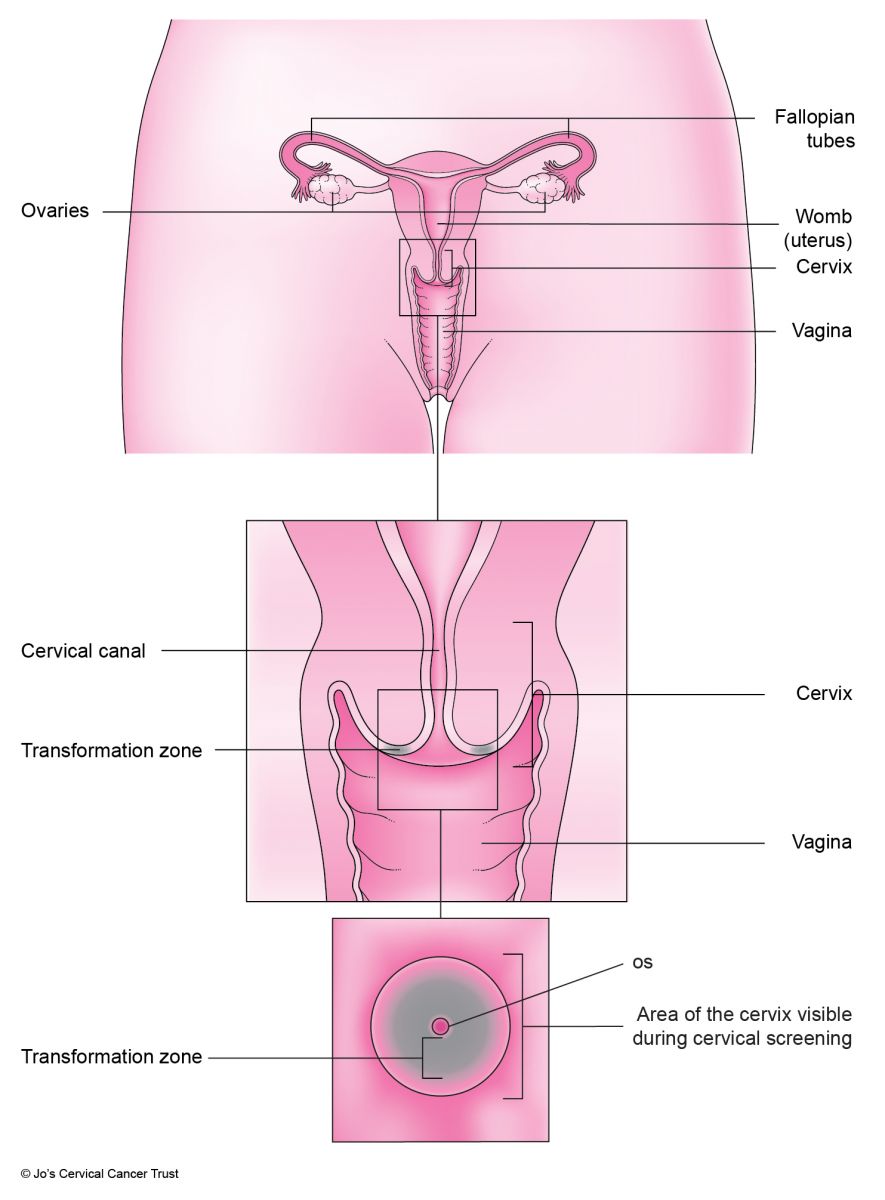 The cervix is covered with a layer of skin-like cells on its outer surface, called the 'ectocervix'. There are also glandular cells lining the inside of the cervix, called the ‘endocervix’. These cells produce mucus. 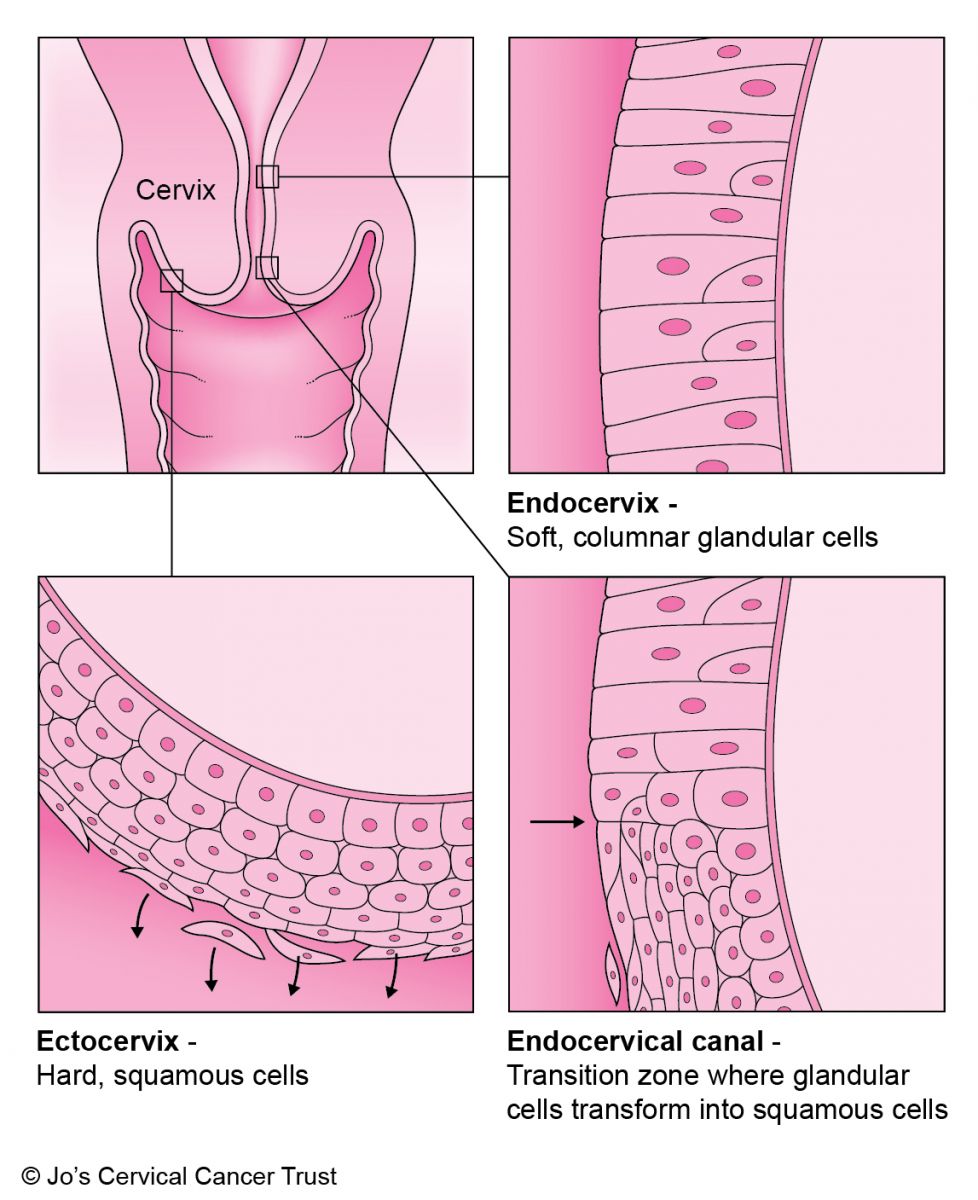 Skin layers in the cervix

The ectocervix and endocervix have three main skin layers, also known as ‘zones’:

The transformation zone is the area that your doctor or nurse will concentrate on collecting the sample of cells from during your cervical screening (see dashed circled areas on the diagram below). This is the area just around the cervical os that leads on to the endocervical canal. It is the area where the cervical cells are most likely to become abnormal if you have a persistent human papillomavirus (HPV) infection. 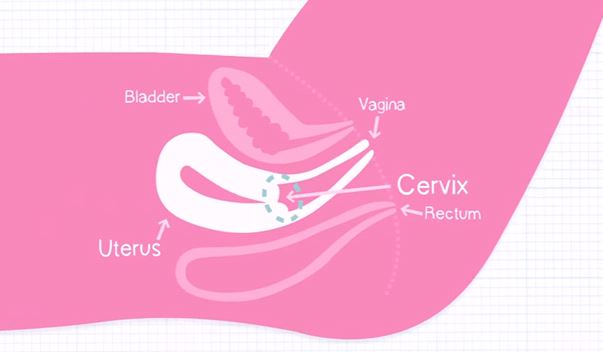 HPV is an extremely common virus, and four out of five (80%) sexually active adults will contract some type of HPV during their lifetime [2]. In the majority of cases, the body's own immune system will clear or get rid of the virus without the need for further treatment. But in some women the HPV infection causes changes to the cells of the cervix, which are called cervical abnormalities. If these abnormalities are left untreated they may become cancerous. If the skin-like cells of the ectocervix become cancerous it leads to squamous cell cervical cancer and if the glandular cells of the endocervix become cancerous it leads to adenocarcinoma of the cervix.

The vagina is the tube-like organ that connects the body’s external genitals to the entrance of the uterus. The skin-like cells that cover the cervix join with the skin covering the inside of the vagina. This means that even if you have had your womb and cervix removed, you can still have a screening sample taken from the top of your vagina, which is called a vault screening or vault smear.

How we research and write our information >

Read about what cervical ectropion is, how you get it, the symptoms and treatment.