Beth on colposcopy and LLETZ

Cervical screening has never been scary for me, I'm quite lucky that my mom has always made it very clear that it's just something that you go and you do. So I did it, got it done, and got it over with - no big deal. Then the results come through in a letter.

The letter read “HPV positive and severe, high grade cell changes”. I think automatically you're conditioned to think “that's it”, and immediately take to the world of Google. 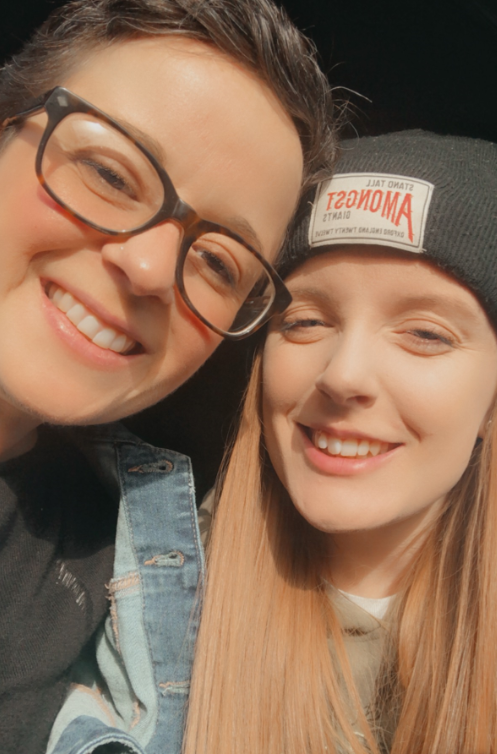 "I wasn't allowed anyone with me because of the pandemic, and it was a daunting experience to have alone"

I had colposcopy and LLETZ treatment within a couple of weeks, which I’m really grateful for. I wasn't allowed anyone with me because of the pandemic, and it was a daunting experience to have alone. I think having someone there with me, even outside the room, would have been really helpful. There were four nurses in the room – it did feel like all eyes on me - but they were really lovely. There was just good flow of chit chat, which helped. Sometimes my legs were tense but as soon as you start talking, you kind of forget about everything else.

To be honest, it was not as scary or as painful as I thought it was going to be. Frankly, that was the easy part.

"I had some discomfort following the colposcopy"

I had some discomfort following the colposcopy. I’d say it felt like extreme period pains. I decided no exercising, no bike rides or things like that. I’d just go for a walk, and let my body heal. I went through a period after that of having some discomfort, but it's hard to say. It's sort of more of a psychological thing; something's happened to your body and your brain is thinking, that hurts! And it doesn't really, just something unusual has occurred.

The hard thing was the wait for my next cervical screening – six months on from the colposcopy - to confirm everything was cleared. I had my screening in February 2021, which did confirm that everything is clear and I can just go back for another screening in three years, which is such a relief! It really was such a quick thing, but at the time, it felt like a lifetime.

"Reading through people’s stories helped me"

For me, the whole experience was kind of strange because I'm in a same sex relationship. My immediate thought when I got the results was, am I putting someone else in danger? Am I giving this to someone else? That was really scary. I didn't really know the ins and outs, and I still don't - this is something I intend on learning more about. My initial thought was, someone else in this relationship has a cervix - what have I done to it? It did put a different perspective on things for me. I read all the stories about if and how you can you pass on HPV to people – and there’s all these great stories about guys and girls – but what if the other person has a cervix too?

My partner had her most recent screening three or four years ago, and she'd been delaying it for years, so I actually sent her for a screening just to make sure. It came back fine, no abnormalities! Now we’re both in a position to encourage everyone to get it done straight away. I shared my story on Facebook, and made it public so anyone could find and read it. I ended up having a few of my female friends send me screenshots of their bookings for screenings, which is really great. Reading through people’s stories helped me, and I did read through the Jo’s Forum.

I think I went to colposcopy pretty prepared, as having an idea of what to expect did help. I wore leggings because it's easy to take them on and off, and they’re not restrictive. I just wore the comfiest underwear. You walk out with this enormous pad (in case of any light bleeding) and you feel like you're wearing a nappy!

I think a combination of reading people's stories from Jo's and seeing how I could prepare myself with comfortable clothes made a difference. It would have been really great for someone to say, it's not painful, actually, and no one cares if you've got odd socks on! I think that sort of thing would have really helped at the time. I had a lady reach out to me online, and she said, “I'm going through this now”. She just really needed someone to tell her, I've done that, it's not as painful and scary as you think it's going to be. I think doing that made me realize that people do want to know, and there is there is help out there. It's just knowing where to find it.

If you want to talk to somebody about colposcopy or cell changes, here's how you can get support >

"Even though I know it's not my fault, I keep wondering whether there is something I could have done, or not done, in the past to prevent this"
Read Sophie's story
Last Updated:
24 May 2021