Diana on talking about HPV 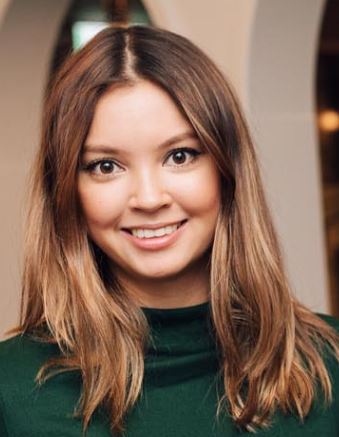 I’m from Sweden and was too old to get the HPV vaccine in school, but when I was 22 I was given the option to have it. It was the first time I’d heard of HPV and what it can lead to, so of course I wanted this vaccine!

"All my previous tests were negative, how could I have it?"

I had 3 smear tests in Sweden, which were all clear. When I was 29, I moved to the UK and I was due my next test this year. The results came back showing that I had HPV. My first reaction was one of complete shock. All my previous tests were negative, how could I have it? I felt quite worried about it and ashamed, I felt like I had done something wrong. I’d been with the same partner since my last smear test so why was I HPV positive?

I compared my results letters from my last test and noticed that the last test I had in Sweden looked for cell changes, not HPV. This really worried me. I got in touch with my nurse in Sweden to try and understand but I was in a bit of a state and didn’t really listen.

I booked a call with my GP. They explained how common HPV is, and that 90% of infections clear by themselves. It was confusing thinking it could have been in my body for years, without me knowing. Had it been there since I was 16 or had it flared up in the last year or so?

I had so many questions: How long have I had it? Can I check? Is there a test for men? Thankfully, the Jo’s Forum was there for me and helped me see that I wasn’t alone. Every single question I had was answered there already. I realised I was far from the first person in the world to ask these things, and it helped me accept what was going on.

After a week or so of being in shock and doing my research, I understood that the best way to stay on top of it was through smear tests, and I tried to find as much information as I could. I started looking forward to my next appointment, it felt better that I would have the information.

"Talking about sexual issues or sexual health is not usually done in my (Asian, Filipino) family"

My mum and I have a very open and honest relationship, but when it comes to dating and sex, it is a bit tricker. She is a very devout Catholic from the Philippines and religion was a big part of life growing up. For example, she was disapproving at first when I wanted to go on birth control.

This in particular felt difficult to share. But I felt it was a health issue I wanted her to be aware of. Lo and behold, she told me she had HPV years ago too and even had been to colposcopy! I’m 30 and I never knew this about my mum! Talking about sexual issues or sexual health is not usually done in my (Asian, Filipino) family but I’m so happy my mum was open and honest with me about it, and it made me feel like I have someone to talk to about it with as I’m still not super comfortable talking to my friends or boyfriend about it either.

"The more I’ve seen about it, the more important it feels to talk about it"

At first, it felt like a really private thing between me and my doctor but I found that Talking about sexual issues or sexual health is not usually done in my (Asian, Filipino) family - it’s a matter of starting those conversations. Finding Jo’s, and seeing celebrities like Scarlett Moffatt speak about having HPV made me feel less ashamed, and helped me understand I did nothing wrong. It says nothing about my behaviour or my lifestyle. The more I’ve seen about it, the more important it feels to talk about it, so that more people feel able to go for their test and feel comfortable with their results.

During the first call I had with my nurse, she told me how common HPV is and said “if you walk down the street in Stockholm, almost everyone you go past will have HPV.” This didn’t really stick with me initially - I thought “ok, but I don’t want to be one of them!” I think I was in denial. I would say it might be more helpful to ask your mum, your sister or a friend if they have had it. Chances are they have and would be happy to share their experience. When my friends started to speak to me about HPV, it felt much more real and manageable.I’ve told everyone to reach out to me because It took me a month or so to speak to my mum and ask her. If I could do everything again, I’d speak to her straight away!

If you want to talk to someone about HPV, you can talk to us >

I found colposcopy all very new and scary – I’d never had to gown up and get undressed and lay on a bed. It was all very surreal
Read Sophie's story
Last Updated:
15 Dec 2021