Hollie on cell changes and the HPV vaccine 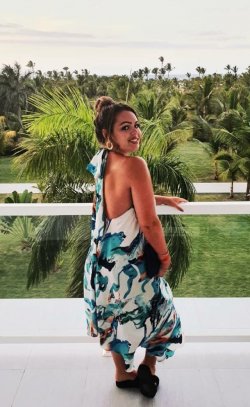 I turned 25 in October. I managed to book a smear test in for the next week and was seen in early November. The actual smear test itself was straightforward and pain-free. It was the first time I had been to the doctors since Covid began in March, but it all felt safe and the nurse was lovely.

I received my results 3-4 weeks after my test. I was very anxious and upset to learn that I was HPV positive and abnormal cells had been found - known as low grade dyskaryosis. When I had these results come back I found little information online, as I feel like smear tests, cell changes, and cervical cancer are just not spoken about as much at my age.

The HPV worried me. I have been with my partner for 6 years, and I’d had the HPV vaccine at school.over 10 years ago. I believe my school year were one of the first years (if not the first) to receive the HPV vaccine. I think there was a lot of misinformation given to myself and my peers at that age. We were given the impression that the HPV jab prevents you from getting HPV which could potentially lead to cervical cancer and perhaps (naively) many of us believed this to be the case. I now know this to not be the case and a part of me was confused when my letter confirmed I had HPV. I began researching and found HPV to be very common and nothing to worry about, but I know I am not the only one who was confused.

I had various girls my age reach out to me after I shared my story, surrounding my abnormal cells and HPV. They had the same confused questions "I thought the jab at school prevented us from this?" and "I’m HPV positive too, do you think that may be due to us having the vaccines when we were younger and the HPV still being in our bodies?" I even experienced the same response when I approached my HR department at work to promote awareness of HPV and abnormal cells. The response I received from an older lady was "I believe young girls now have a jab to prevent this which is great news." I strongly believe that Jo's is doing a fantastic job in creating a better understanding around these topics. It's definitely helped me and I recommend them to anyone with a cervix!

"I would say Google was the worst thing I could have done, as I am an over-thinker"

I was referred for a colposcopy for further examination, and this is when I started to Google. I struggled to sleep that evening – I would say Google was the worst thing I could have done, as I am an over-thinker. My family had all experienced cell changes after having children, and I found information suggesting that I may struggle to conceive (and worse) which just made my anxiety soar. My results letter told me that it might be 12-14 weeks before I got a colposcopy appointment, which made me feel even worse. Fortunately, I managed to get a cancellation appointment and was seen in the same week. I came across Jo's the day before my hospital appointment which really settled my mind, as I was able to gain factual and real life information.

I was so nervous but thankfully the worry of the unknown did not last too long, but. I was also worried about the results, as I didn’t know anyone my age who had these results. The doctor at the hospital reassured me and explained the procedure. It was similar to a smear test, and she confirmed if she found anything further that did not seem right she would take a biopsy and potentially remove the cells on the same day.

The initial examination was pain-free for me. The doctor could see cell changes, which were only in one area and appeared low grade, but she wanted to take a biopsy to be sure. This is the part that I found painful, and I had some discomfort and bleeding afterwards. I cried because I felt anxious – it was a bizarre experience, a bit like being pinched and pulled inside - although the pain was totally worthwhile to potentially save my life. The nurses in the room with me were so lovely and made me feel very relaxed and safe. 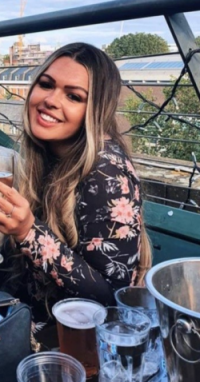 I was told that again that, due to Covid delays, the results could take up to 12 weeks but on Christmas Eve 2020, after only about 4 weeks, my results came back. The biopsy results were CIN1 - which was low grade. I will now be regularly monitored and go back for a smear in a year, rather than the normal 3 years. It was the best Christmas present, I was so relieved.

"I would urge everyone to attend their cervical screening, regardless of having the vaccine or not"

I've always understood that cervical screening is important but the messages we received as teenagers were blurred and I think we were given a false sense of security that the vaccine meant that maybe we were less likely to get cervical cancer. I really hope that these thoughts haven't prevented anyone from attending their screening and that the correct information is relayed to teenagers now. My jab was over a decade ago so we can only hope things have progressed since then.

I am so happy I acted on things when I did. I know so many friends that put off their smears for fear or because of busy lives. Particularly with Covid, people have been very concerned about others and put their own health on the back burner. I also feel like a lot of people my age think that they are so young that nothing negative could happen to them. I would urge everyone to attend their cervical screening, regardless of having the vaccine or not. The vaccine does not protect against all strains of HPV which could potentially lead to cervical cancer if undiagnosed and some people are HPV negative and still get a cervical cancer diagnosis.

If I can encourage one person around my age to attend their smear test or get strange symptoms checked out, I would feel like this has been worthwhile.

If you have been told you have cell changes and are looking for support, find out how our services can help >

"I decided to have treatment as I didn’t want it hanging over my head. I didn’t want to worry about it developing into cancer."
Read Jenna's story
Last Updated:
14 Jan 2021