Jenna was told she had cervical cell changes (abnormal cells) and was invited colposcopy. In her community less people were sharing their experiences about the test, so she's shared her story with us including some tips for colposcopy to help raise awareness. When I was 25, I went for my first smear test. Unfortunately I didn’t have a great experience and the doctor made me feel rubbish. She asked me about my sexual activity and I felt like she was shaming me when I answered her which made me feel bad about myself. I never wanted to go again even though I had been told that I had HPV and borderline cell changes after the test. This meant that it was possible that I would need another smear test in 6 months time just to ensure there wasn't anything worrying developing.

Two years later I still hadn’t gone back. That year my partner had a very sudden heart attack. He was young, healthy and we really did not see it coming. Thankfully he recovered, but it was a bit of a wake-up call and I decided I should book a smear test in order to look after my health, even though I was still dreading it.

"This time around, my test could not have been more different or simple"

When I went along, I told the nurse that I was worried because my last test was such a bad experience, and also that I didn’t know if the HPV was still there. This time around, my test could not have been more different or simple. The nurse was lovely – she took her time, listened to me, and really went out of her way to look after me.

My results told me I had cell changes (abnormal cells), meaning they had got worse since my last test. I had never been so frightened in my life and after reading the booklet that came with them I had a total meltdown. In my head that was it – I had cancer. Initially I totally blamed myself for not going to my smear test earlier.

There’s lower awareness and access to cervical screening in many ethnic minority communities, there are lots of reasons for this including language or socioeconomic reasons. I’m Arab and mixed race and for me, there was the shame in our culture around sex. It’s often internalised. You don’t really talk to others in the community about sex, so the worry is less about what the people you know think and more about how your own culture or religion is at odds with the society you live in.

At first I didn’t want to speak to anyone about my results as I felt like it was a taboo topic, partly the fear of having cancer and partly because it was not spoken about much at school. My generation did not have the HPV vaccine, and no one really talked to us about sexual health or STIs.

My mum is white so my body is really different to hers. This meant I had quite a lot to figure out about my body on my own and, as sexual health was never really spoken about at home, I didn’t have much of a point of reference for things to watch out for. I’m also a Muslim and in both the Arab and Muslim communities you are not supposed to be having pre-marital sex in the first place! This all means that there’s less talking and less sharing of experiences, knowledge or tips.

While there’s not a simple solution to this, I would say that finding people who are like you in some way to talk these things through can be really helpful. Someone who understands what you’re going through, and can understand why you might be uncomfortable. I tried to find out everything I could and the Jo’s website was really reassuring.

I posted about my experience on Instagram after I got my results, saying that I was glad I’d had my cervical screening. Lots of people came forward and said that this had reminded or encouraged them to go too. That felt fantastic, and made me want to continue talking about it.

When I went to colposcopy the team there were fantastic and really careful. They were able to look closer at my cervix to see if I would need treatment. Going for colposcopy can be nerve-wracking and I was really nervous! My top tips for making it better would be: 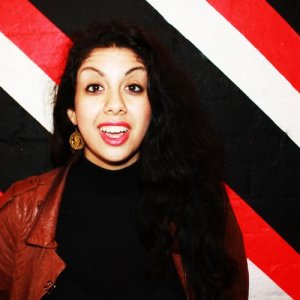 They gave me two options – I could have treatment, or I could choose conservative management which meant waiting for 6 months to see if the cells had gone back to normal by themselves. I decided to have treatment as I didn’t want it hanging over my head. The team fully explained the potential risks of treatment, but for me there was no question – I didn’t want to worry about it developing into cancer.

Luckily for me the procedure was totally painless, if a little bizarre as I was having a lovely chat about work with the doctor having a rummage in my cervix! I didn’t really have any pain afterwards either.

At my next colposcopy (about a year ago), everything was clear and now I am back onto regular smear tests every three years. That minor inconvenience might have saved my life though so I’m really passionate about sharing my experience to hopefully help someone else to book a test.

If you have questions or concerns about cervical screening or colposcopy, find out how we can support you >

"At colposcopy I got talking to the nurse about HPV"
Read Mercedes' story
Last Updated:
25 Aug 2020