Mercedes on HPV and cell changes

Mercedes found support on the Jo's Forum after being diagnosed with cervical cell changes. She shares her experience of treatment and how having HPV made her feel. 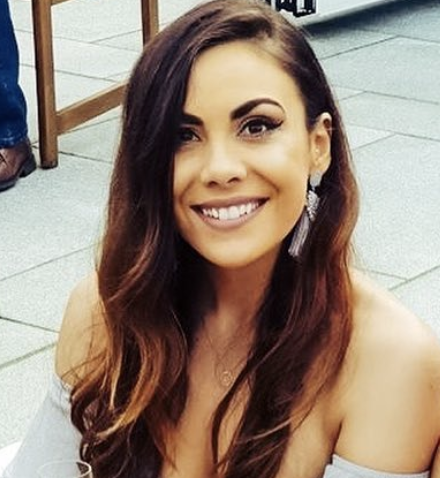 I wasn’t nervous at all about smear tests. I booked in immediately when my letter came. My nurse was lovely and really reassuring, and I didn’t really think about it again.

A month later, I opened my results letter while I was on the phone to a friend, that’s how confident I was that I’d be fine, given that I was so young and I’d also had the HPV vaccine. My letter told me that I had low grade dyskaryosis and HPV. All I really knew about HPV was that there was a link to cervical cancer.

"I was scared, so I brought my mum with me which helped a lot"

I quickly found out about Jo’s and was able to read stories on the Forum. I found it really helpful talking to people who used language like ‘dyskaryosis’ and ‘colposcopy’. There were also many women who had more serious diagnoses which put it into perspective for me – it could have been way worse, the doctors had spotted it and were inviting me back.

Due to the HPV, they wanted me to come in for a colposcopy. I was scared, so I brought my mum with me which helped a lot. It was intimidating as I’d never been in a bed with stirrups before, never seen the equipment or even heard of a colposcopy before all this!

"At the colposcopy I got talking with the nurse about HPV"

The doctor had a look and thought it was all fine. However, there was a nurse on duty who came over and asked whether or not the doctor had looked in one particular section. The doctor said that they would take a biopsy from that area, but was very nonchalant about it. The biopsy was quite painful. At the colposcopy I got talking with the nurse about HPV. She explained a bit more about it, and told me for the first time that condoms don’t necessarily protect you from the virus. She also mentioned that the amount of partners I had or my partner had made it more likely to come into contact with HPV. This made me feel really dirty, like I’d contracted something horrible or that something was wrong with me.

I got a letter two weeks later saying that in fact I had high-grade cell changes which was really scary. I went for a LLETZ procedure. For me, this was pain-free due to the pain relief and the doctors were really reassuring. I had some cramping afterwards, but the whole thing was a success.

I was about to have my six month check-up after the LLETZ when I happened to watch Loose Women. In the episode, Stacey Solomon discussed her experience of HPV and cell changes. She explained how her ex-boyfriend had 'knowingly' infected her with HPV. This alarmed me quite a bit as it was the first time that a) I had heard of a man being diagnosed with HPV (I know now that there is no test for HPV for men), and b) I’d heard HPV being spoken about in the media like an STI.

The exposure Stacey Solomon had given HPV really transformed the way that I thought about it, and myself. I started searching online and found that yes, people regarded HPV in the same way as an STI. Especially in the USA where is it listed as an STI along with chlamydia, gonorrhoea and more, despite condoms and other protection not being enough to protect you against HPV, and despite so many people contracting it at some point in their lives.

The other big issue with the representation of HPV is the link with genital warts. I do not, and have never had genital warts, however, the two are spoken about so interchangeably, that I fear the people around me will think I have.

My boyfriend (now fiancé) was really supportive. This experience had put some stress on the relationship, but he was really understanding about not being able to have sex for a while after LLETZ. Even after the six weeks of recovery were over, he always checked that I was ok.

At my six month check-up, I had another smear test which showed I was clear of cell changes and of HPV, which is great. My body naturally fought off the virus, but this doesn't change the horrible way that having HPV made me feel.

I’m now 28 and recently had my third smear test, which came back with borderline changes, but no HPV. This is a huge relief and it means I don’t have to go back for another three years. I did really want to see a letter saying that the result was totally clear, and it still is a bit scary, but I am really relieved there’s no HPV.

I think that people should bear in mind peoples’ feelings when you talk about HPV. It doesn’t matter how many people you’ve been with, you can come into contact with HPV at any point. The number of partners isn’t really relevant.

You can help us tackle the stigma around HPV. Join our #SmearForSmear campaign to help us smear the myths and share the facts.

"I thought the NHS would be overwhelmed due to the coronavirus"
Read Katy's story
Last Updated:
17 Dec 2019