Josie on cell changes when you have anxiety 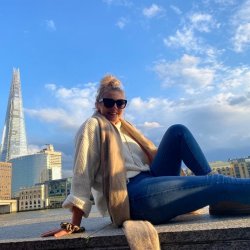 I was meant to have my second smear test in March 2020 but it was cancelled due to the pandemic. I have medical anxiety, and a fear of nurses and hospitals, so I was really relieved when it was cancelled - I thought I’d got away with it! A few months later, I got contacted again, but I put the letter to the side, thinking I’d just get round to it eventually.

I made the appointment in November, thanks to a friend who kept reminding me to book in. When I went, I got worried that something was amiss as the nurse asked me if I was on my period because she could see bleeding. I said I wasn't and asked if everything was OK. She said that this happens to quite a few people and not to worry. It helped to put earphones in and play music and just try to breathe - this helped me to calm down when nothing else did, but I still found it quite stressful.

I kind of forgot about the test after this. But, after a few weeks I received a call out of the blue to say I needed to come in urgently, tomorrow, for a colposcopy as they had found HPV and abnormal cells. I had not heard from the GP so this was a big shock. I really didn’t understand what I was being told or what I was being asked to do. I started to panic and went onto Google. That was it - I thought I was going to be told that I had cancer.

I was booked in for 9am the following morning. I was not allowed to bring anyone with me, despite me telling the staff about my anxiety. I was really freaked out and when I got there, the first thing they said was ‘we're not telling you that you have cancer’ but as soon as that word was mentioned, it was game over and I started having a panic attack. It was difficult for them to do the procedure, but they managed to take a biopsy and from sight they thought I had CIN2. There was a lovely nurse who came in and tried to calm me down with breathing exercises, holding my hand and stroking my hair, but it was still really stressful.

When I received the results, it showed CIN3 so I was told I would have a LLETZ procedure. It would happen under general anaesthetic due to my panic attacks. The recovery from the procedure was a bit uncomfortable but the main thing for me was exhaustion. I slept for 12 hours most days for the following weeks afterwards and would tell others to consider taking time off work afterwards if you can.

The Jo’s pages are what taught me what I was waiting for and what to expect, it was not the doctors. The Forum was comforting to read others experiences and to see that they were OK after it. I’d never heard of anybody else getting an abnormal result, and felt quite alone, so it was good to see how many people it happens to. 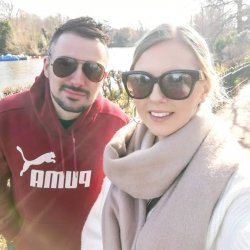 On the days I had any appointments, we always planned something nice in the evening so it almost became a day to look forward to. We were in the pandemic for a lot of this, so it was normally finding a new nice park we'd never been to before (the picture of me and Tom, my partner, is when he took me to Crystal Palace park which is somewhere I had wanted to go to for a while) or we would order in a fancy takeaway. It did really help me to get through the appointments knowing there was something nice to look forward to at the end.

I was also sent some nice things that I opened on the morning of my procedure (which was probably the most anxious I'd been). My sister sent me a special anxiety playdoh that has essential oils in it so when you squeeze it, they are released. One of my friends sent me a teddy bear to microwave and use as a hot water bottle for the cramps they told us to expect after and generally people sent me things to make the day more of a special nice day than a fearful, horrible one.

Unfortunately, the results after the LLETZ showed that the margins were not clear so I had a second colposcopy in September, to decide whether or not to do another LLETZ, or look into other options. I took the entire morning off work, which helped me feel less stressed. I got a friend to drive me and focused on some breathing and relaxation techniques in the car. As always, I told the nurses about my anxiety the moment I turned up so they knew what to expect from me and I took a couple of Kalms shortly before my appointment. It was still very nerve-wracking, but it was slightly easier knowing what to expect. I was also more prepared for questions I wanted to ask so I left feeling more 'in the know'. I wrote questions down on my phone so I wouldn't forget to ask them.

They were able to tell me pretty much then and there that they believed everything had gone and so waiting for the results was a much easier process this time. And I received a letter about a week later to confirm I was being discharged back to normal screening so I think also the reduced wait time helped wonders! 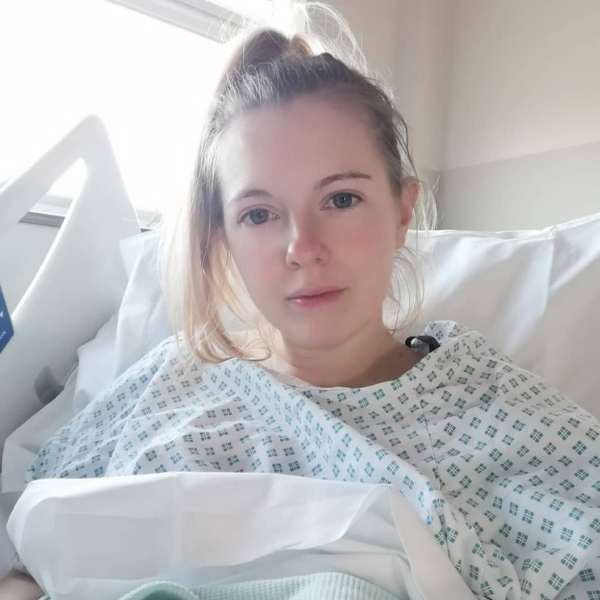 The period of time from getting the call, to going to the first colposcopy, to having treatment was extremely hard for me. I got really depressed, and sometimes I found it hard to get out of bed. I, and many others, did not understand the process I was going through, I was scared, I thought I was going to be told I had cancer. It didn’t help that I’d been on Google and immediately read the worst case scenarios. It really was the only thing on my mind until I got my results and it was very mentally draining.

I know I am not the only person who feels this way and I wish I’d had someone to talk to about it at the time. I definitely think this needs to be spoken about more so that no one feels alone like I did. I also think people who are waiting for results or treatment need much more information about the next steps, what could possibly happen and be able to ask questions. I want everyone who is going through this to know who they can call.

Need to talk or ask questions? We can help. Get in touch with us >

I wasn't allowed anyone with me because of the pandemic, and it was a daunting experience to have alone
Read Beth's story
Last Updated:
26 Jul 2021