Katrina on life and pregnancy after cervical cancer treatment 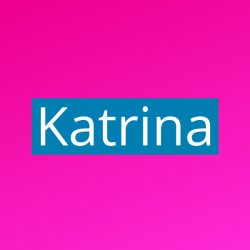 Katrina was 30 when she was diagnosed with cervical cancer in 2007, which was treated with a radical trachelectomy. She shares her story of going on to have two children naturally, and the many ups and downs she has faced since her diagnosis.

From my early twenties, I was someone who always attended my  smear tests. I never missed them as I knew how important they were.  In June 2007 I attended my GP for my smear test and whilst celebrating my 30th birthday in September 2007, my GP contacted me and asked if I would attend an appointment to discuss my results. I was informed of some unusual cell changes which would require further investigation and I was referred for further tests. At that time I had many female friends and colleagues who had experienced cell changes so I was not concerned.

"Surely this only happened to other women, not me"

In December 2007, I was asked to attend a hospital appointment with a Consultant who would review and discuss my results. I also remember being asked to bring someone with me, looking back now I know why but at the time I found it odd. It was at this appointment I was diagnosed with stage 3 cervical cancer. I was completely shocked and overwhelmed as this was the last thing I had been expecting to be told. Surely this only happened to other women, not me.

I had an MRI scan and learned that I had an inwardly growing tumour.  I was informed at that stage my treatment would be surgical. I had a cone biopsy and a small number of pelvic lymph nodes removed. However, after six weeks, they were concerned the biopsy had not obtained all of the cancer and I would need a radical trachelectomy and a full pelvic node removal.  This type of surgery was very rare at the time and fewer than ten radical trachelectomies had been carried out in Northern Ireland. You want to know everything about your diagnosis, but it was difficult to find anything at all.

"The odds were very much against me"

Ordinarily I would have been offered a hysterectomy, however as I was young and to preserve any future chance of becoming a mother, a radical trachelectomy was the best option. That said, I was advised of the difficulties this could present both in terms of conceiving and in carrying a baby to full term. The odds were very much against me and perhaps looking back I underestimated just how much.

Everyone tells you that you will eventually move on from cancer, however this has always been a challenge for me as for the most part my diagnosis has dominated many areas of my life since. Unless you have been through cancer, it can be difficult to understand the impact both emotionally, physically and mentally it can have on your everyday health.

In 2010, my husband and I started trying for a baby. Eventually without success and after what felt like a lifetime, we decided to pursue IVF. However, we were unsuccessful. I think I had decided at that stage to give up as I couldn’t take the constant feeling of failure, sadness and heartbreak any longer.  I was exhausted mentally and emotionally and I told my husband I needed a break from thinking about everything and so we booked ourselves a holiday to get away from all the reminders that we had problems trying for a child.

Truthfully, I think I had accepted we were not going to be parents and I was actually ok with it. However, in an astonishing twist of events, we never got to go on our trip as a few weeks before we were due to go, I found out I was pregnant. It took me a couple of days to get my head around it and believe that it was real before I could tell my husband.

My beautiful daughter was born in December 2014. My waters broke at 29 weeks and 1 day and she was born at 29 weeks and 6 days. She spent seven and a half weeks in hospital with the most amazing care and when we finally got her home I just kept looking at her not quite believing I had a daughter. With the exception of her being very small, she was a very healthy and happy baby.  Two years later, I fell pregnant naturally again with my son who was also born premature, and he is now a happy and healthy three year old.

My diagnosis has taken me on a journey to places that I never quite imagined with many highs and many lows. The initial surgery left me with a significant amount of scarring which often causes me severe abdominal and pelvic pain which I have had to learn to live with. I have had multiple surgeries to address the problems created by the scar tissue which can be very disruptive to both me and my family’s everyday lives. I also suffer with lymphoedema, which affects my lower limb mobility.

"The last 13 years has been challenging"

I remember soon after my diagnosis, when discussing with family and friends about my treatment, I was asked frequently if I had HPV, but it was never detected in me. I think it’s important that women know that not everyone who is diagnosed with cervical cancer has HPV. That said, I would encourage all young women and men to protect themselves and avail of the HPV vaccine when they can.

I was very resilient upon diagnosis and was determined to beat it and in many ways I did. Whilst I am reminded every day of my diagnosis in some form or another I am equally reminded of how lucky I have been compared to others. The last 13 years has been challenging and still remains so, however, I look at my children and I am proud of how far I have come and what I have achieved. I am extremely grateful for being here and being able to share my story and for me this is the true meaning of surviving my cancer.

If you have had a cervical cancer diagnosis and want support, you can talk to us >

I hope my story gives hope to those who have been newly diagnosed that it doesn't automatically mean they will never be able to have children
Read Charlotte's story
Last Updated:
23 Mar 2021