Liz on a cervical cancer diagnosis after LLETZ

When Liz was 46, she had LLETZ to treat high-grade cervical cell changes. Her results showed that she had had early stage cervical cancer, which was now completely removed. She shared her story and how this experience made her feel. 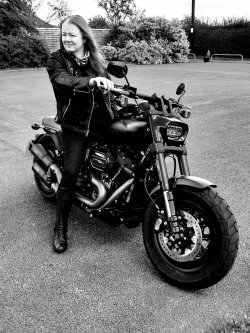 I was a serial offender of not booking my smear test on time – I left it for about six years. I get really busy at work, which is an easy excuse, but also being a patient is really hard when you work in the NHS. I didn’t prioritise my own health. And being on the other side is tough. I am used to being the person supporting those delivering care, so sometimes to accept help from someone else is really hard. I didn’t receive any reminder letters – I think it was something to do with moving house and changing doctors, but I didn’t kick up a fuss, and as I work in the NHS I wasn’t keen to point fingers! So, I finally got round to it in 2018, and I was really shocked to receive an abnormal result.

My local hospital booked me in for colposcopy, and I cannot praise the team highly enough, they were absolutely lovely. They told me that I would need to have a loop treatment. I had been warned about what to expect, and had been sent great literature, but nothing really prepares you for being stuck on that chair. We chatted away about nursing, and it was all quite calm. I left the appointment thinking ‘thank god for that – job done!’

"In one day, I had had cancer and now I didn’t"

At work, I got a phonecall. I was in a meeting so I ignored it (again, not prioritising my own health). I came out of the meeting to a voicemail, telling me I needed to go into the clinic. It was a nurse (the same one who had expertly completed my treatment), not a consultant, so I thought that it couldn’t be really bad news… but they had called me, so it must have been bad. I wasn’t sure what to think, and I couldn’t sleep all of that night for thinking about it. The nurse had agreed to see me the very next day.

In the appointment, they told me they had very strange news – in the biopsy they had found cancer, but they’d got the lot. So I had had cancer, but I didn’t have it anymore. They also told me that I needed another loop procedure, because there were more high grade cell changes and this time the doctor wanted to do it. How are you supposed to feel about that?! In one day, I had had cancer and now I didn’t.

In between these appointments, I had been all over the Jo’s website, and it was so helpful. I also called the Helpline and didn’t say very much, but I felt so much better just having spoken to someone, I didn’t feel so alone.

"Should I feel like I’d dodged a bullet? Should I be relieved?"

I had no idea how to feel compared to other cancer patients. It felt very lonely, and I felt like a fraud. Should I feel like I’d dodged a bullet? Should I be relieved? On some level, did I know that I’d had cancer? I had had hardly any symptoms – I’d had some low level pain which felt like period pain for a few months but I always brushed it aside. I had had hip problems, so I thought it could be that. I’d always made excuses about my irregular periods, which I put down to perimenopause. It was so strange.

My step children were fantastic, I told them everything and was very open with them. My partner also works for the NHS and so has come to every appointment with me – they’ve been through the mill! In fact one of the most difficult things was telling my manager, who is male and absolutely lovely, but was concerned.

After the LLETZ treatment, I had low level pain like a period, and I had the discharge which means that everything is healing, exactly as they’d described on the literature. But I felt very low mentally – as if I’d been smacked. I remember not being allowed to have baths after the LLETZ, and on holiday after the procedure once I was healed, having a little cry in the bath of the hotel as it brought back all the emotions of all I’d been through. It can be tiny things that set you off or remind you that it’s quite stressful.

I ended up calling my best friend’s mum who had breast cancer and told her how I was feeling. She told me not to focus on these feelings of being a fraud. She told me that a mammogram had saved her life, and a smear test had saved mine – be thankful that you are alive, and go and do something good with it. So that’s what I want to do!

I had incredible care from the colposcopy unit, and I still do. I really do hate being a patient – it makes me feel vulnerable and I can’t bear it. However, I told the team how I was feeling and they treated me so professionally and kindly. Everyone who worked in the unit was a woman and I felt like I’d been wrapped in this amazing protective bubble! They always remembered my name and who I was, which helped to build a lot of trust. I stayed under the care of the colposcopy unit. After a year, I was given the all clear and could be discharged to the GP for yearly smear tests.

I spoke to the team about the way that I felt about having had cancer but having it all removed, and told them that I felt really strange and felt like a cheat in a way. They reassured me, firmly but kindly. They did the same when I expressed my worries about the cancer coming back. They ensured that I had a letter after every appointment – it really helped me to see everything in writing. I always had a phone number if I didn’t understand something. They also told me in my appointment letter that they sometimes run late, because someone needs some extra help. If this was the case, a nurse would come out and explain why I was waiting and that someone else needed a bit of extra reassurance. I never minded the wait as I had been that woman before who needed the support, but I felt really respected by them bothering to tell me what was going on.

I’ll be going back for my yearly smear test in December 2020, so there will be lots of Covid safety measures to follow. I’m not worried at all though – I am happy to wear a mask and feel fully confident that it’s safe. The care that I was given really made such a huge difference – I called myself ‘Roger the dodger’ before, because I was so reluctant to be the patient and to go along for my smear test, but the difference between how I felt before and how I feel now is like night and day.

If you need support or information about any aspect of cervical cancer, our support services are here for you >

"I can put things into perspective a lot easier than before"
Read Gemma's story
Last Updated:
29 Oct 2020