Lydia, a medical student, was 25 when she was told she had HPV and low grade cell changes after her first smear test. She shares the conversations she had with her partner about HPV and her feelings about having had it.

"I was young so I thought that it had to be normal?" 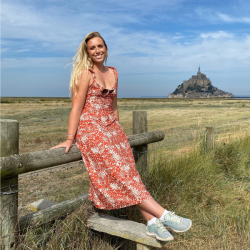 had the HPV vaccine in 2009 when I was 14. I remember my Dad was hesitant about me getting the vaccine and said I shouldn’t need it if I wasn’t planning to ‘sleep around’. I went for my first smear test as soon as I was invited (24 and a half) in January 2020 and it went very smoothly. Quick and painless, I was very surprised how easy it was.

I assumed my results would be normal as I had only had two sexual partners my whole life, one being a new relationship. Plus, I was young so I thought that it had to be normal?

My results letter came through while I was packing to go away with my new partner to meet his family for the first time. My friend was with me and she opened it because I was so certain it would be fine. Then I heard her say “oh… I think you need to read this.” I read that I had HPV and cell changes, along with an appointment for colposcopy. It was a massive shock and I broke down.

"During my studies, I actually found there to be plenty of HPV misinformation"

I had a pretty good knowledge surrounding HPV. I used to work on a gynaecology ward and I’m now a medical student. During my studies, I actually found there to be plenty of HPV misinformation in what we learned. In sexual health teaching we were taught that if you got certain HPV strains (wart causing strains), you have it for life. That’s just not true. I challenged the lecturer on this but lots of people wouldn’t have had the knowledge to do that. We need better awareness of the facts about HPV and it starts with future doctors.

I was definitely concerned about having HPV. I fixated on it, and wanted to know everything - what type did I have? Who did I get it from? When did I get it? Will I put my partner at risk? What does it mean for me and the future?

I smoked at the time, so I thought I could have had it for a while. You do feel like it’s your fault and I can’t deny it had a big impact on my mental health. I felt very emotional and, even though I know the science and the facts, you can’t help but blame yourself. The stigma surrounding HPV and its links to promiscuity play into this. It just all felt a bit gross, like this diagnosis made me ‘dirty’.

Going to these appointments is not pleasant and I didn’t enjoy being on the other side. Even though everything was technically fine as far as I knew (I only had low grade cell changes), I still couldn’t stop worrying that maybe I could be a 25 year old with cervical cancer. It was hard to get my head around. 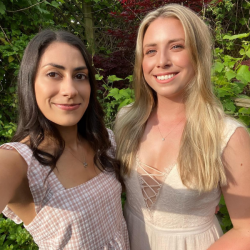 Talking to my partner was difficult. I was the first of my friends to have a smear and I felt embarrassed to ask their advice because that meant I’d have to tell them I had HPV. I felt quite isolated and, of the few I did speak to, I got differing opinions on whether or not I needed to tell him, as there was nothing I or him could do about having HPV anyway. I decided I couldn’t keep it from my partner and I wanted his support through whatever was to come next. I drove to his house with my results letter. I quickly became emotional but we managed to have a conversation about it through the tears. Thankfully, he was really understanding and was only concerned about my health. He refused all of my attempted apologies. I think the stigma and the shame started to lessen by the minute after our conversation. I felt so relieved to have shared it with him.

"The leaflet that came with my results really helped"

We had the leaflet that came with my results with us which really helped, as it answered many of our questions and that piece of paper weirdly made me feel less alone whilst sharing the information with him. Certain parts of it reassured us more than others; for example, you can’t tell who gave it to you and also that HPV is not an STI. I still think the leaflet could be better and break through the shame we often carry with finding out we have HPV - a friend of mine who got the same leaflet still had many questions. I think it should include things like people who haven’t had sex can get HPV and that you can’t stop it with condoms, to really emphasise it’s no one’s fault and we can’t really do anything to prevent it.

I attended my colposcopy and didn't require treatment. The staff were so nice, and I didn’t feel awkward about it at all. The nurse said my cervix looked healthy and normal but said to attend another smear test in a year. I was glad to not need a biopsy or treatment but I also felt reassured that I didn’t have to wait three years for my next test. I stopped smoking and tried to look at it positively. I actually looked forward to my next smear. I knew I’d be checked up on soon and saw the year as the time and opportunity my body needed to clear the virus.

I had my repeat smear test, this time during the pandemic, at the beginning of 2021 and the results were fine. I was HPV negative. Despite this, I will never forget that I once had HPV. I know that it’s something I might get again. It’s something I’m learning not to be ashamed of and I’m almost there. I wish it wasn't seen as such a dirty word.

Looking for support after being told you have HPV? Here's how we can help >