Sally was diagnosed with cervical cancer in 2019, after experiencing unusual vaginal bleeding. She shares her experience of treatment during the Coronavirus pandemic. 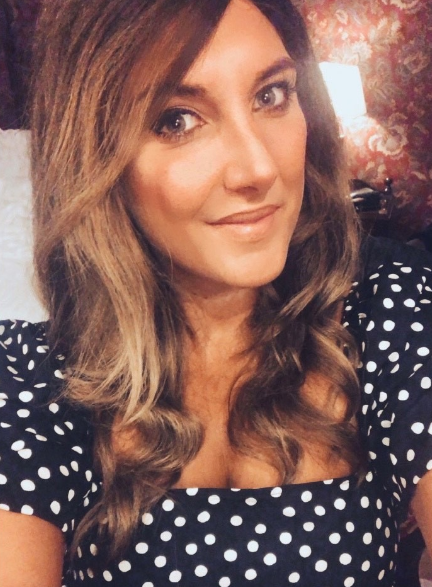 In 2019, I noticed I was having some unusual bleeding between periods and after sex as well as a few urine infections. I’ve always attended smear tests and wasn’t due another until the following year. I went to my GP as I knew something was wrong but I was brushed off, if I hadn’t persisted things could be very different.

"I was diagnosed with an incredibly rare form of cervical cancer"

In May 2019, I was referred to urology to see if the bleeding was to do with my bladder and I had lots of appointments over the following months. In August, when I was then referred to colposcopy but I wasn’t considered urgent so I didn’t have my appointment until October. When the appointment finally came around they decided to do a biopsy and received my results in November.

I had a radical hysterectomy as well as a lymph node removal and I decided to have my ovaries removed. Before I began treatment, I had one round of IVF and they were able to save one egg which I call my ‘lucky egg’. I can’t wait for the day when I can find a surrogate and try to have a baby. I was also diagnosed with endometriosis at this time too! The operation was successful but we agreed that, just to be safe, I would have four rounds of chemotherapy too. 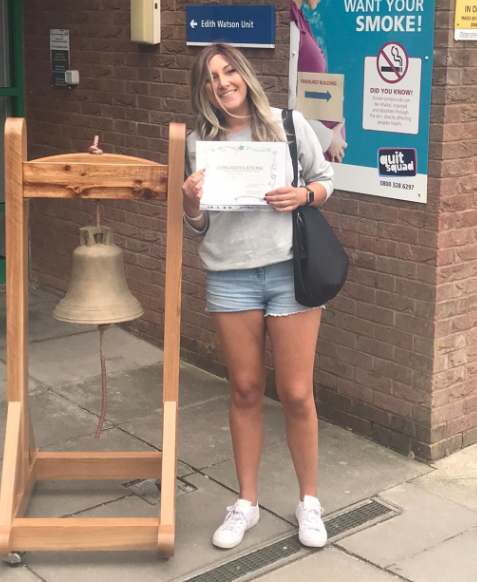 On the first day of chemotherapy, my dad came with me and all the chairs were full. Then, three days later, lockdown happened. I had to do the next three chemotherapy sessions on my own and all the other chairs were empty as lots of people had their chemo cancelled. It was the most upsetting and lonely time. I couldn’t hug my parents or see anyone else as I had to shield. But, on the day I finished my treatment, the hospital staff kindly wheeled the ‘end of treatment’ bell outside the hospital so my family and friends could social distance and watch me ring the bell. It was the best day of my life.

"The chemotherapy meant I lost my hair which was incredibly difficult"

There were obviously hard days during this time. The chemotherapy meant I lost my hair which was incredibly difficult and there are times where I do feel like ‘less of a woman’ because of my treatment.

However, throughout my diagnosis and treatment I have tried to have a positive attitude which really helped me. There were days where I felt scared but I always made sure I accepted everyone’s help and I’ve been having therapy every week since March. She’s been absolutely fantastic and has been supporting me now as I try and return to ‘normal’ life.

"I wanted to share my story to urge others to get any unusual symptoms, like bleeding, checked"

You don’t have to face any of it alone. Of course this was a very difficult time but now I have beaten it I’ve realised I’m stronger than I think and I really can face anything!

If you’re experiencing bleeding, like I was, then a smear test isn’t what you need. In fact, it will just slow everything down! I wanted to share my story to urge others to get any unusual symptoms, like bleeding, checked. I really wish I had known about the symptoms of cervical cancer beforehand because I would have rang my GP far earlier. Remember you know your body better than anyone and if you feel like something isn’t right then you’re entitled to get it checked out by your GP.

If you are experiencing any of the symptoms of cervical cancer, please speak to your GP.

Help us raise awareness of the symptoms by joining our campaign >

"I had never struggled with my mental health before, but nothing is normal anymore"
Read Nicole's story
Last Updated:
21 Sep 2020