Zoe was diagnosed with cervical cancer in 2021, at the age of 29. She shares her experience of deciding what treatment to have, and going through it during the pandemic.

I went for my routine smear test in November 2020. It was my second test and during COVID so was a bit weird but fine. Smears have always been something I’ve just got on with, but I know they can be really tough for some people. A few weeks later I received a letter to say abnormalities had been found. At the time I never really thought much of it, I knew it was quite common so I waited for the colposcopy appointment to come through and put it to the back of my mind. 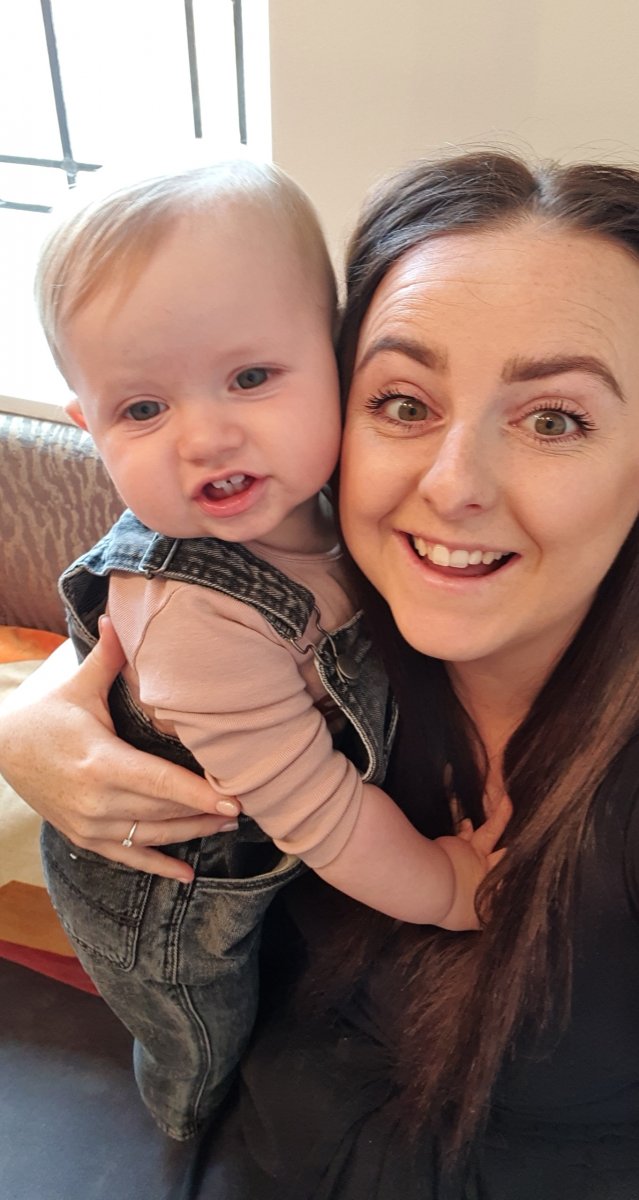 My colposcopy appointment arrived and I wasn't too sure what to expect. The nurses were amazing though and really made me feel at ease as it was a little daunting not really knowing what was going on. The doctor advised he was taking a biopsy to which I agreed and, although it stung a little, it wasn't too bad when it was all over with. A couple of weeks past and I received a letter to say LLETZ treatment was needed to remove the cells as the biopsy confirmed CIN3 cells and HPV. That was booked in quite quickly. I had no idea what CIN meant or HPV. I googled (which I know you shouldn’t do) but thankfully found Jo’s where I read CIN3 was higher risk.

I still kind of thought all was fine. It was only when the doctor said that 'just because it’s not uncommon to have cell changes, doesn’t mean it’s always fine', I realised it was worse than I thought.

The LLETZ treatment was painful. I’ve always had issues and was being tested for endometriosis before I got pregnant. I was going to be put asleep but COVID meant there was an 8 week wait. I just wanted it done so opted to have a local anaesthetic and gas and air to ease the pain, which was amazing! LLETZ has a high success rate, so to be honest I was just waiting for the letter to say I'll be back in 6 months to double check everything.

A couple of weeks passed and I received a letter just as I was on my way out of the house so opened it without a second thought. I just froze when I saw an appointment had been made to further discuss my results! I tried to ask on the phone to find out what it could be but they said they didn’t want to tell me the wrong thing. If I hadn’t had the Jo’s and Macmillan forums I don’t know what I’d have done.

I searched for success rates, why I would be invited in and I think I just knew what was going to be said. The worry started to creep up on me on all week, I barely slept. I remember feeling sick walking in to the hospital and was alone because of COVID. My lovely doctor calmly said cancer had been detected, but it was early and there are options. Everything after that I don’t really remember. I don’t think even blinked for a bit. I just sat there and listened and thought to myself 'thank god I went for that smear'.

We’d been talking about trying for a baby and so I didn’t want a hysterectomy which was offered. They did a large cone biopsy instead to see what they could take away. The hardest part was doing it on my own and not being able to have visitors.

I remember being referred to as a cancer patient when I was on a ward. That was when I broke. I felt like I could get on with things before then, then suddenly the severity of the situation and the “what ifs” came to me. I had to have a stent fitted as it was so close to my bladder, that was extremely hard.

"That appointment could have saved me from a lot"

It can take four weeks to recover and I experienced bleeding for a while. I’ve been told the cancer was removed (which is amazing) but the not so great news is that abnormal cells are still there as they couldn’t be removed. The next steps are being discussed as I’m still healing so nothing can happen for a while. I’ll have to have a biopsy to see what’s happening and I have everything crossed we can have a chance at a second baby. Again the Forums mean I can see my own story in others so I know other people have done just that.

I was told if I put my smear off for another 3 years, we would be having very different conversations. That appointment could have saved me from a lot and has potentially saved my life. It has given me opportunities to still be in some sort of control with future decisions regarding fertility, as there are so many amazing things that can be done nowadays. I think the aftermath is harder than the actual diagnosis as it was so fast. It's been a crazy roller coaster which we still ride everyday but with more hope and more options.

"What the HPV vaccine can do is incredible"

To be told you have cervical cancer at 28 with the possibility of a hysterectomy is terrifying, and going through this experience during a pandemic was really hard. Thankfully my cancer was caught early giving me the chance to continue being a Mum and I hope that I can have another baby one day. I know many don’t have this choice.

I want to see a future where we can wipe out cervical cancer so that no one has to go through what I did. Governments need to do all they can to make this a reality. What the HPV vaccine can do is incredible and when my son is old enough I’ll make sure he has it, I urge parents to find out what they need to know about it so the next generation is protected as much as possible.

Are you looking for support after a cervical cancer or cell changes diagnosis? Here's how we can help >

My main concern was whether it would affect my chances of having children and it was one of my first questions
Read Dinah's story
Last Updated:
18 Jun 2021