The HPV vaccine might have prevented my cervical cancer

Sophie Davies, 30, is from Telford where she lives with her partner and her 2 year old daughter. She works as a dental therapist. She was diagnosed with cervical cancer in 2018. 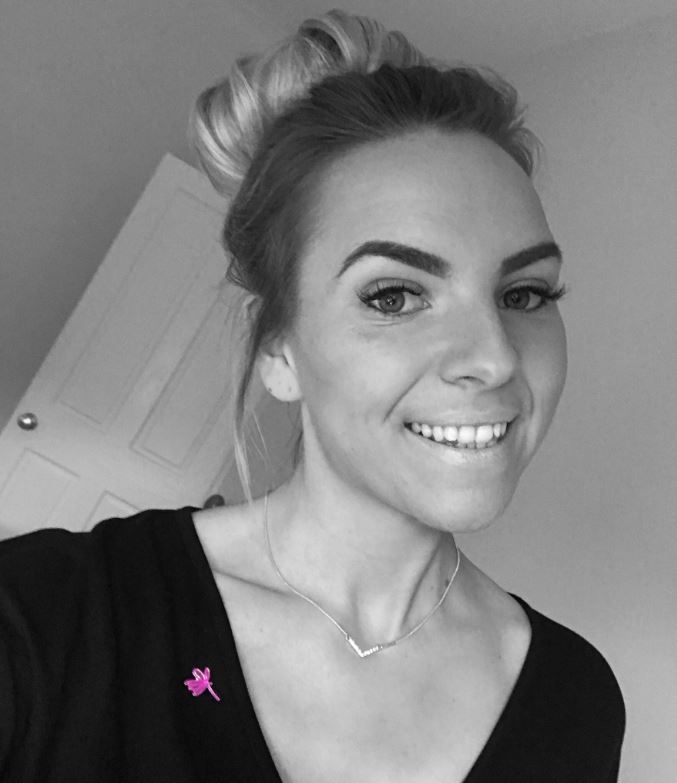 I’ve been so pleased since the news about the success of the HPV vaccine. After the story came out, which showed that the rate of cervical abnormalities in young women in Scotland has gone down by 90%, I talked about it to every single patient who came into my practice. I wanted to shout about it from the rooftops! It feels like it’s a real step forward in the journey to eradicating cervical cancer.

There’s a huge contrast between HPV awareness now and when my cervical cancer story started. I knew very little about the virus. It can cause some oral cancers, so we learned a bit about it in my training at work, but I didn’t know there was a vaccine and I didn’t know that HPV causes cervical cancer - it just wasn’t on my radar.

It feels like there are more conversations about HPV these days but we’ve still got a long way to go. It’s so important that we keep talking about it in order to break down stigma around it and the little that people do know about it is often wrong – lots of misconceptions exist, such as it being an embarrassing thing to have, or that it’s just an STD. So many people have had HPV without ever knowing they had it and got rid of it – it’s nothing to be embarrassed about. The more information people have and understand, the more people will take action and reduce their risk of cervical cancer. Along with going to screening, it’s the most effective protection from the disease. 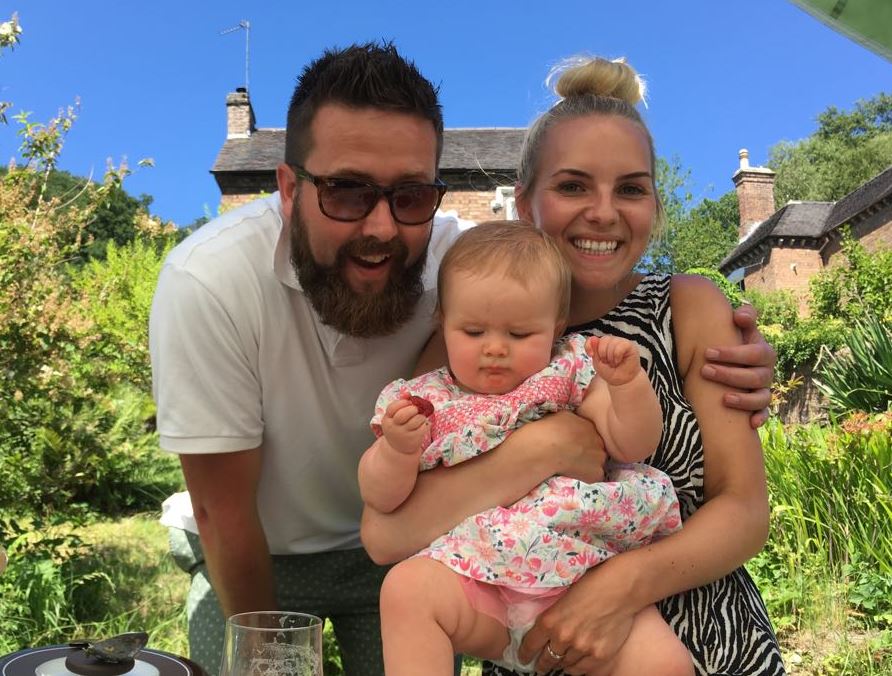 I was a little late going to my second smear test as I had just given birth to my daughter Evelyn in June 2017. Going for a smear test was not at the top of my to-do list! When I got round to it, I was invited to colposcopy about two weeks after my appointment. The doctor told me that she strongly suspected there were cancerous cells on my cervix. She took a biopsy and I was put on the 2-week urgent pathway.  This was reassuring, but also terrifying.t took about a week for the hospital to ring me to tell me that I needed to come in. That was when I was told I had cervical cancer. It was in the early stages so I wasn’t going to need chemo or radiotherapy, which was bittersweet. When I told my family, it was devastating for them, but I just felt relieved as it could have been so much worse. I was advised that I would need a hysterectomy instead. I was really upset by this as I want to have more children but I agreed. I need to be here for Evelyn, rather than mourning the kids I could have had.

I was then referred to a different consultant who told me I could have a trachelectomy which would save my fertility by preserving my ovaries and two thirds of my womb. My surgery was successful but after it I’ve had another year full of surgical complications and endless check-ups. It feels like every time I’ve come to the end of it, there’s something else. It has been really tough on my mental health, as well as my partner’s. 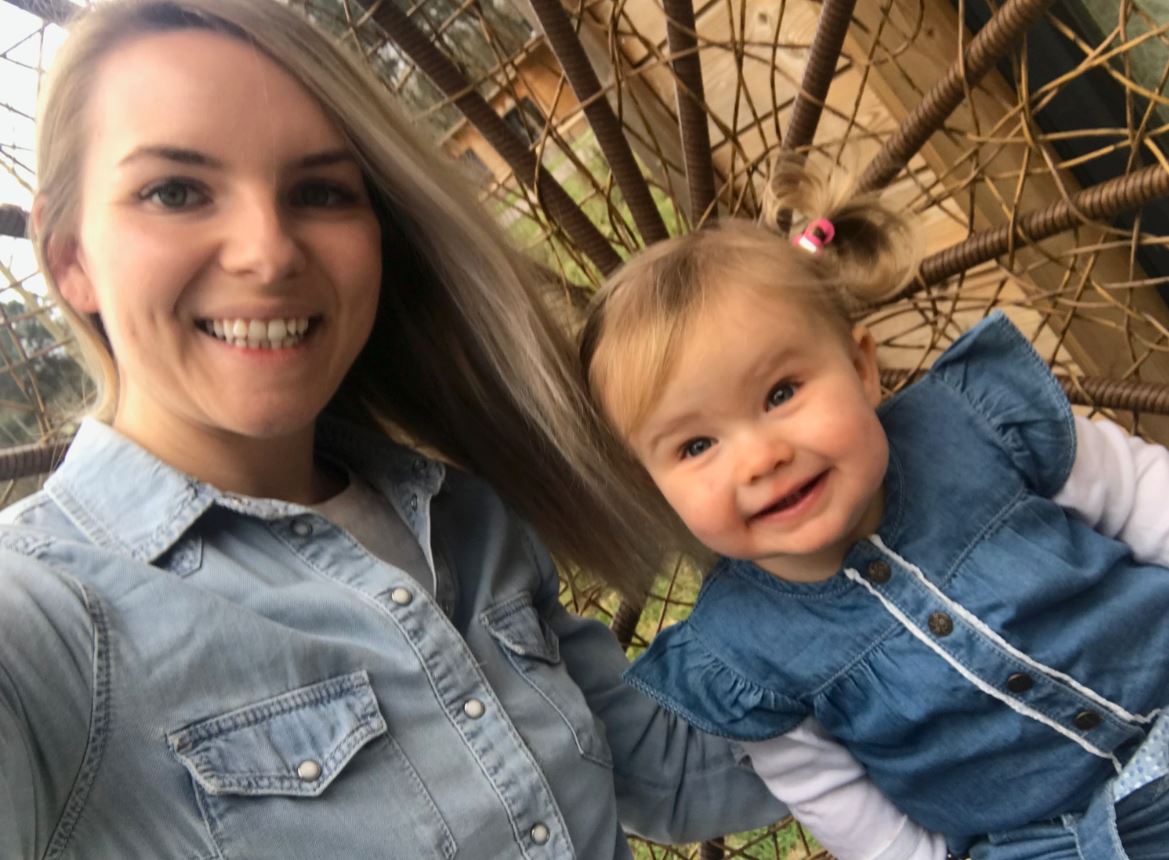 When I got my diagnosis, one of the very first questions that me and my partner asked my consultant was – “How do we protect our daughter from this?”.

I’ll always remember his response – “Make sure she gets the HPV vaccine”. That was the first time I had heard that it existed.

I was 20 when the vaccine was introduced, so I missed out on having it by 2 years. It’s offered in schools but is free on the NHS until you’re 18. If the opportunity to have the HPV vaccine had been available to me, I might not have had cervical cancer. It really excites me that Evelyn’s generation are so much less likely to have the disease thanks to the vaccine, but it will only work if we continue to make noise about it and encourage people to take up the vaccine. We could even eliminate cervical cancer completely. I would urge any parent who is considering the vaccine for their child to make sure you let them have it, so they don’t have to go through what I have been through.

If you have questions about HPV or the HPV vaccine, call our free helpline on 0808 802 8000 or read information on our website.