Ellie on cell changes and pregnancy 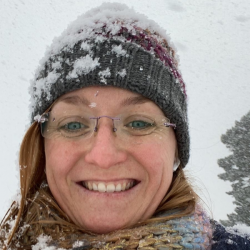 Ellie was 27 when she went for her first cervical screening (smear test) and was told she had cell changes (CIN3) which needed treatment.

In 2016, after putting off my cervical screening for a couple of years (I was 27), my partner eventually persuaded me to make the appointment. He’d got fed up of seeing the reminder letters dotted around! He kept asking me why I’d not been yet, and I told him I didn’t think it was that important, and I didn’t know why he was so bothered! I told him I would book, but didn’t get round to it.

"I remember thinking ‘why did I put this off?!’"

My mum always told me how much she hated having to go when I was younger, and it must have rubbed off on me somehow. I could always find an excuse not to go. 3 months later I got another reminder letter, and I booked the appointment as soon as it came through, mainly to shut my partner up!

I went along, it was a quick 5 minute swab from the nurse and I remember thinking ‘why did I put this off?!’ Less than 2 weeks later the phone rang, it was the hospital. I needed to go for a biopsy due to abnormal cells detected. They booked me in for the following week.

Something cropped up at work which I didn’t want to miss, so I phoned them to rearrange the appointment, but they told me I could not miss or rearrange this appointment. I knew then it was serious. They told me “this is your health, you need to come in”.

I went for my biopsy, which was slightly uncomfortable. A few days later, another phone call came. I had CIN3 cells on my cervix and needed the LLETZ procedure. They told me that it was the highest grade of cell changes that there is and we need to act now. I asked ‘what is now?’ and they wanted me to come in at the end of the week.

I spoke to the headteacher of my school about it, and she was familiar with the procedure so she knew the importance of me being treated. She told me not to worry about missing work and to go along, and have the day off after the procedure off too, so I wouldn't have to experience any discomfort in front of students.

I had a few sleepless nights as I knew nothing about all of this. But I did make quite a conscious effort not to go too far into Google, and to just stick to trusted websites.

"It was uncomfortable yes, but not horrendous"

I was back at the hospital within a week to have the procedure done. It was uncomfortable yes, but not horrendous. They were happy that they had got it all and that everything was fine. I was told that I might get some spotting during recovery, and that I’d be back in 3 months for a follow up.

Recovery seemed to take ages, I began having hot flushes, and felt really lethargic. I generally wasn’t comfortable. I was told that I probably had an infection, but I spent a week on antibiotics, and 6 weeks later I still didn’t feel right.

I went to my GP who referred me for a scan. It was here I found out the reason I didn’t feel right was because I was 20 weeks pregnant! I had the LLETZ procedure at 8 weeks pregnant, completely unaware!

If they had known that I was pregnant, they would not have done the LLETZ procedure as it can be really dangerous. But happily I was totally fine, and I gave birth to my son in February 2017.

I was able to have my follow-up smear test 3 months after giving birth. Everything was fine, and the abnormal cells had all been removed, so I could go back to having smear tests every three years.

"The experience was definitely an eye-opener for me"

I would say that if there is a slight chance that you could be pregnant before you have LLETZ, make sure you check, as it’s not standard procedure to do a pregnancy test before the procedure, but there is a risk of miscarrying. I was really fortunate.

I would say to anyone who isn’t sure about smear tests that it’s 10 mins of your day and it could stop a lot of suffering down the line. Even the LLETZ procedure was only about 30 minutes for me, from start to finish. It is an important test. The experience was definitely an eye-opener for me. Before my first test I put it off and put it off, but I never will again.

If you have questions about cell changes (abnormal cells), you can talk to us >

Five days later, I was at the colposcopy clinic. Whilst waiting to go through, I became very anxious. The nurses were lovely, they helped me feel a bit more relaxed.
Read Vicki's story
Last Updated:
25 Mar 2021