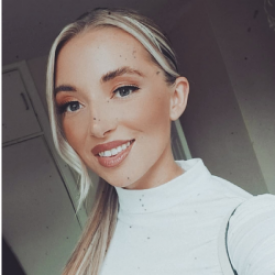 I turned 25 in December 2020 and went for my smear test in March 2021. I didn't have any signs of cervical cancer, I didn't think to worry or rush it. Plus I work and I have a young daughter so I didn't go straight away. When I went, I found the test fine. I’ve given birth so I found this comparatively easy!

I received the letter back about 8 weeks later to confirm I had high-risk HPV and severe cell changes (abnormal cells). When I saw that, I was really panicking. I started asking around because I had no idea what it meant. Once I heard a bit more about HPV, I realised this was really common and wasn’t worried about that anymore but the abnormal cells still didn’t sound good.

I heard through friends of friends a few different stories of people having treatment such as LLETZ, or having cell changes monitored, so this put my mind at ease a bit as they were all fine. I wasn’t told whether or not I was having treatment, and didn’t hear until I actually went to the colposcopy appointment.

The appointment came around quickly and I didn’t know what to expect when I went to it. When I arrived, they told me that I would be having LLETZ treatment there and then. I felt really unprepared. I understood that I needed the treatment, but I was really taken aback by the lack of time I had to think what it meant.

The colposcopist was really good and I felt OK - it wasn't nice but nowhere near as bad as I thought it would be and luckily it was pain-free. I didn’t know anything about LLETZ before this. You get an info booklet, but I wasn’t told anything about potential long term effects. You don’t really know anything about the situation until you’re in that chair, and it’s hard because you don’t know how it will affect you in the future. I wish I’d known more about it before.

It was then a six week wait for the results. I was told that I’d get a letter, so I knew something was wrong when I got a phone call telling me I needed to go in and speak to a consultant. They wouldn’t tell me anything on the phone and I had to wait for the appointment, which was a week away. I couldn’t wait that long and asked them to tell me over the phone. My world came crashing down when they told me they had found early cervical cancer.

They explained that they thought it was very early stage cancer and that they’d got it all. However, they booked me in for a second LLETZ to see if the cancer had spread any higher, just to be certain. I didn’t believe them that it had not spread and the wait was unbearable. Easily the worst time of my life. I’m not a very emotional person but I found it really hard to get on with work - all I could think about was hoping and praying that it had not spread.

I had never struggled with anxiety before this, but even now, I still sometimes wake up shaking. I am checking my body much more often, I get worried about any little pain I feel. My GP prescribed me some tablets to help with this.

The day arrived for my second LLETZ. It was a very emotional day for me but I knew I needed to have it done. Afterwards, I had to go and speak to a cancer nurse. She was lovely but for me, it just made it all too real and all I wanted was to go home. Talking about free prescriptions and reading leaflets was the last thing I wanted to do! My gynae-oncologist was lovely and I felt really comfortable with her. For me, that was enough and I didn’t really want anybody else there. I know it’s useful for some people, but I think speaking to a nurse should be an option instead of an obligation.

"When you’re a mum who works, you don’t have the option to just take a day of rest"

My recovery has been OK - it was all very tiring but not painful, apart from when I got an infection. This cleared up after some antibiotics. It may have been due to me working the whole way through this, other than the day I took off for the procedure. When you’re a mum who works, you don’t have the option to just take a day of rest. I feel like I did too much, but I was also grateful to have work to take my mind off things.

I got my results from the second LLETZ about a week ago which thankfully showed that the cancer had not spread and I was now cancer free. I felt so grateful and on top of the world if I’m honest.

I can honestly say the smear test saved my life and I really hope by sharing my story I can encourage other girls to attend their smear tests, especially those who are my age. If I hadn’t gone, this might be a really different story. I was 25 with no symptoms and truly believed it would never happen to me. It can happen to anyone so please go for your smears!

If you have been diagnosed with cervical cancer or are having LLETZ treatment, we're here for you >

I knew friends went for smear tests but never really about anyone who had abnormal cells, definitely not cervical cancer.
Read Dinah's story
Last Updated:
02 Sep 2021