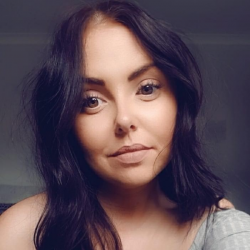 Lucy shares her experience of having treatment for cell changes more than once, the impact it has had on her and what she learnt.

I have always had abnormal results from my smear tests. My first test experience was fine, the nurses were really chilled and helped me relax. After this, I was sent to the hospital for a biopsy. I had two lots of laser treatment to remove some cell changes.

"The build-up is definitely way worse than how it actually is!"

Then in 2020, just before Christmas I got a phone call again to say that my most recent smear test result had been abnormal, and this time they had detected HPV as well. I had another biopsy in the January.

I waited six weeks for the results, then  got a call saying it was urgent. I was told it wasn’t cancerous and I was relieved to hear this, but it still made me panic. The results showed the highest grade of cell changes and they wanted to see me straight away for more treatment.

The treatment is not fun, but the nurses always held my hand and are so lovely. They make it a much easier experience by talking about something that will distract you. I was also really panicking about the local anaesthetic as I’d never had this before. The thought of it was awful, but the build-up is definitely way worse than how it actually is!

"Every time I came home, the first thing I did was look for the letter"

For me, the hardest part is definitely the waiting game. It is such an anxious time. I struggle with anxiety as it is, so I had already diagnosed myself with cervical cancer in my head. As I’ve had a few abnormal results, it seems like there’s never a period of time where it’s not on your mind. Every time I came home, the first thing I did was look for the letter. With Covid, the waiting times have been longer and my mind never gets a break from it.

I’ve definitely learnt a lot from having colposcopy and treatment more than once. My top tips are to take the rest of the day off work and not to try to power through – I did this after my first treatment and should have rested. The second time, I took some time off which was good as I felt quite tired.

The first time I had treatment, I felt very emotional because it was such an intimate procedure – I felt a bit like my personal space had been invaded, but the second time I was much less anxious because I knew what to expect.

"Remember to rest when you can"

Sometimes, I forget that I’m supposed to be resting. There will be silly things like taking heavy shopping bags up the stairs that I’ll try to do, and my boyfriend will take them off me. Because you don’t feel ill, you might forget to take the time to fully heal, so try to remember to rest when you can.

I’m a lot more hopeful this time that everything will be OK. Thoughts about future pregnancies do play on your mind because I would really like to have another baby, and having had 3 rounds of treatment already I know it might be a bit more complicated. But, it’s better than finding out that you can’t have children at all, so it’s still worth having the treatment for me.

I try not to be disappointed when the results come back abnormal – at least it’s all to prevent something worse from happening. I’ve tried to accept that I might need closer monitoring and might just be a procedure that I need a few times.

I’d really encourage everyone not to feel embarrassed about smear tests – I know many people who do. I actually timed my last smear test and it was only five minutes. Yes, it’s a bit awkward, but the nurses really make the experience as good as they can. 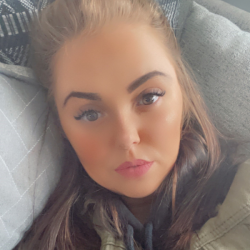 "Not everyone experiences cell changes in the same way"

I’m really open with what’s happening on social media. My other posts are all about me and my daughter and are really smiley, but you never know what’s going on behind closed doors.

My sister was someone who had never been for a smear test, but she and about 15 other girls who followed my story have booked in for their test because of me. So many people tell me it’s embarrassing to talk about, or that it has happened to them too but didn’t feel able to speak up.

I know not everyone experiences cell changes in the same way – for some people, it’s not a big deal and they forget about it. But for some, it has a big impact on their lives and their mental health, so it’s important to be vocal and supportive especially for this group.

If you want information or support for cell changes (abnormal cells), get in touch >

They told me that it was the highest grade of cell changes that there is and we need to act now
Read Ellie's story
Last Updated:
08 Apr 2021