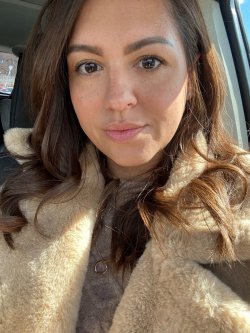 I rang my GP to check when my smear test was due, as I was sure it was coming up. I was told that I was up to date, but there had been an error. The date of my last test had been recorded incorrectly, so my next appointment was about 2 years late. I was rushed through as soon as the GP surgery realised what had happened.

"I went straight to Google and found some horror stories"

When my results came back showing that I had HPV and cell changes, I was really shocked. The leaflet provided was just factual and it really didn’t put my mind at rest. I went straight to Google and found some horror stories about cervical cancer. But I soon found Jo’s which was really reassuring. I had no idea what these things meant, but soon learnt that they’re really common and I calmed down.

The wait for my colposcopy appointment was really hard, not knowing how bad the situation was. But at the colposcopy, the nurses were lovely and held my hand. They were not a ‘see and treat’ hospital so I just had a biopsy and no treatment that day.

My results showed that I had CIN1, 2 and 3 so they wanted to do a LLETZ treatment. This made me panic, and I began thinking quite irrationally - if you have kids, you can really go to a bad place in your head with worry about what might happen to you! Despite the pandemic, I got booked in for treatment within a few months.

"I would visit the Jo’s Forum every day"

During the wait for treatment I would visit the Jo’s Forum every day. I met a couple of ladies who were at the same point as me, and we would check in every day. It was great having someone to wait with, who I could tell if I was having a bad day. They made it all feel a bit more normal and like I wasn’t the only one.

My mother-in-law took me to my LLETZ as I didn’t know if I’d be OK to drive afterwards, I didn’t know what to expect at all. I had worked myself up a bit as I did not like how LLETZ sounded! The nurses, again, were brilliant and explained everything while holding my hand. It wasn’t pleasant but it was OK. I did burst into tears afterwards - I felt like I’d been blocking it all out, but then it all came flooding out at the end!

My recovery wasn’t great. There was some pain which lasted for a few weeks, and unfortunately I got an infection. Work let me have as much time off as I needed, my manager was particularly good because she had LLETZ done and understood.

"I required another colposcopy"

I was feeling really relieved that it had all been sorted. I’d pop onto the Forum every so often to give my updates. I knew I was going back in 6 months for my next test so I rang my GP to make the appointment. They told me I wasn’t due! I pushed back as I knew I was. It turned out that the letter hadn’t been uploaded to their system properly. I know this is an unusual thing to happen, but definitely remember to make a note somewhere useful about your next appointment!

Unfortunately, my results still showed HPV and cell changes and I required another colposcopy. The colposcopy appointment wasn’t great as no one was really talking to me during it. The biopsy was also more painful because I needed a few, and had scar tissue from the last ones. I wasn’t prepared for that, as my last one was so pain-free.

I knew what to expect so I felt a bit calmer about it, I was not watching the post arrive like last time.Thankfully, my biopsy showed I have CIN1 so I will be back in a year for another smear test. I am over the moon as no treatment is needed at the moment. So I have 12 months to get healthy and hopefully heal. 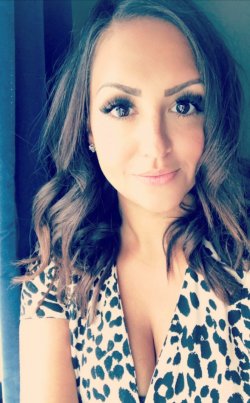 I think it’s so important to talk about this - I’m in my 30’s and lots of my friends think that smear tests aren’t something they need to worry about. I never knew anybody else who had cell changes, but once I started speaking out about my experience, my sister told me she had the same thing but she had never mentioned it. I wish I’d known this beforehand so we could have talked about it and it wouldn’t have been such a shock! A couple of friends went to their test after I spoke out about this and also had cell changes found.

I know that more treatment is a possiblity down the line. I would have it again, but if I need it a third time then something more permanent like a hysterectomy might be an option. It’s a lot to go through having treatment and tests all the time. My mum had a hysterectomy quite early on and she was fine, so I don’t feel too scared about it. I think I’d prefer that in a way as treatment can be really stressful and draining.

My daughter is almost 11 and we’ve talked about the importance of the HPV vaccine. She is really scared of injections, but I’ve talked to her about what’s happened to me and she understands that the vaccine can prevent that. It’s obviously up to her, but I hope she chooses to get it.

This has all been quite stressful and at times has felt like the end of the world, but it’s all about preventing something worse from happening and I want to make sure we’re doing everything we can to stop cancer. We need to talk about it more so that no one feels alone, and everyone knows where to get support if this happens to them!

Are you looking for support with cervical cell changes? Here's how we can help >

I read that I had HPV and cell changes, along with an appointment for colposcopy. It was a massive shock and I broke down.
Read Lydia's story
Last Updated:
15 Dec 2021